When aerospace engineering major Madison Maloney was planning spring break of her freshman year at NC State, she decided to take a chance: She sent an email to her hero and inspiration, NASA astronaut and NC State alumna Christina Hammock Koch.

Maloney was wondering whether, if she showed up at Houston’s Johnson Space Center as part of a Park Scholars trip, Koch might have a few minutes to spare for a personal visit. Koch did more than set aside a few minutes; she spent the whole day with Maloney and introduced her to several other astronauts.

“My life goal is to be an astronaut,” Maloney told Koch.

Since that day, Maloney and Koch have become fast friends, so it’s only fitting that this spring break, Maloney is at home with her family in Greenville, North Carolina, to watch Koch blast off for the International Space Station on Thursday afternoon. And later this year, Maloney will be taking another giant leap in her own journey to outer space.

Maloney and fellow NC State student Ziad Ali were both recently awarded a Knight-Hennessy Scholarship, which will fund three years of graduate studies at Stanford University. They were two of the 69 students worldwide who received the prestigious award, chosen from among 4,424 applicants. 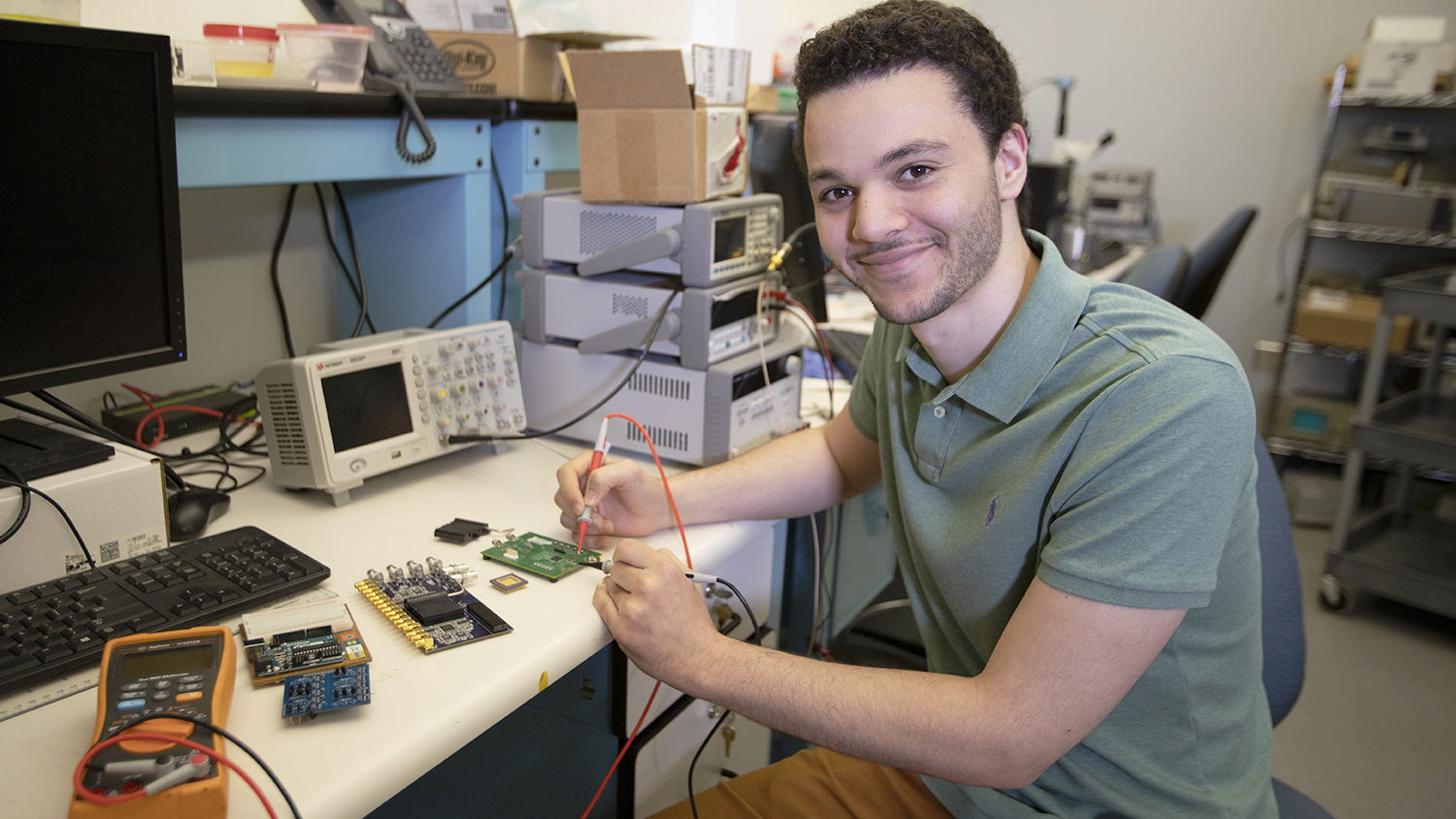 After Maloney graduates from NC State in May, she plans to pursue a master’s degree in aeronautics and astronautics, as well as a second master’s degree in management science and engineering, all in the hope that one day she will be able to join NASA’s space program.

“Since I was a kid, I’ve always been interested in human space exploration,” Maloney says. “I’ve been fascinated with what it means for humanity. To me it represents the best of the human condition: people of all different backgrounds coming together to solve really challenging problems on behalf of everyone.”

Her childhood dream took shape in high school when she heard that Koch, a three-time NC State graduate who grew up in Jacksonville — not too far away from Maloney — was selected for NASA’s 2013 class of astronauts.

Maloney, daughter of a math teacher mom and a basketball coach dad, kept her dreams to herself for several years. She started talking about it more after she received a Park Scholarship to NC State, where she was a research assistant in the System Design Optimization Lab in the College of Engineering. She is also a Goldwater Scholar, a Coca-Cola Scholar and an Astronaut Scholar.

“Since I was very young, my parents instilled the importance of education in me,” Maloney says. “I’ve been able to find a lot of joy in learning. I have grown tremendously at NC State but know that my educational journey is not complete, which is why I’m pursuing these graduate degrees.

“There are more questions to be answered, and I want to continue to push myself. “

Maloney did an internship as a research assistant at NASA’s Langley Research Center in Hampton, Virginia, and she performed thermal analysis and testing at the Johnson Space Center in Houston for the heat shield and windows of the next-generation deep-space Orion spacecraft.

She’ll be back in Houston this summer, working in NASA’s extravehicular activity program, where she hopes to shadow Mission Control on one of Koch’s scheduled space walks.

Maloney has done plenty of other prep work to follow in Koch’s spacesteps. She saved all her internship money to pay for flying lessons, and she got her pilot’s license in a Diamond DA20 aircraft last summer at the Pitt-Greenville Regional Airport.

Koch told Maloney that learning Russian was the hardest part of her journey from Houston to Star City, Russia, to the Baikonur Cosmodrome in Kazakhstan to the ISS, so Maloney has taken two semesters of Russian and a Russian literature class.

In addition to her Park studies and leadership work, Maloney served as an Engineering Ambassador and as president of Sigma Gamma Tau, the national aerospace engineering honor society at NC State. She also served as the student representative to the Faculty Athletics Council and student government’s director of athletics. She played intramural basketball and dodgeball and has been an avid Wolfpack athletics fan.

“After being a three-sport letterman in high school, not going to practice every day was a big transition for me,” she says. “I’ve tried to channel that passion by leading in athletics instead of participating. That was a cool way for me to still be involved and also develop as a leader.”

An East Coast resident her entire life, Maloney says she’s excited about her upcoming three-year sojourn in the West, and she’s certain her NC State experience has prepared her for her next great challenge — wherever that may take her.

How to Make and Distribute a Vaccine