Astronaut and Alumna to Hold Live Video Q&A From Space

Christina Koch will talk with students through a live video downlink on Friday, Aug. 30. Catch all the action at Talley Student Union.

Before NASA astronaut and three-time NC State graduate Christina Koch left Earth to serve as a flight engineer aboard the International Space Station on March 17, she excitedly talked about what she was looking forward to on her nearly year-long mission to space.

She thought she would enjoy the spacewalks and living in microgravity.

She thought she would enjoy conducting experiments on herself, her fellow astronauts and other research projects sent to on the station that orbits some 250 miles above the earth.

She thought she would find opportunities to gaze into space and take pictures of home — Koch grew up in Onslow County, North Carolina — during the limited free time NASA’s daily time-management app allowed her.

She looked forward to living her childhood dream.

“My bedroom wall in Jacksonville, North Carolina, was covered in posters of the space shuttle alongside ones of New Kids on the Block,” she said in an interview for Glamour magazine. “I had always set my sights on working with NASA.”

Despite her six years of training in the NASA astronaut program, however, those were just thoughts and dreams until she actually strapped herself into a Russian rocket at the Baikonur Cosmodrome in Kazakhstan and blasted off into space.

Next Friday, Aug. 30, beginning at 9:30 a.m., students from NC State and the North Carolina School of Science and Mathematics, where Koch graduated from high school, will gather on campus to ask her questions about space exploration during a live video downlink from the space station to Talley Student Union’s State Ballroom.

And she will answer with knowledge based on experience instead of anticipation based on training. 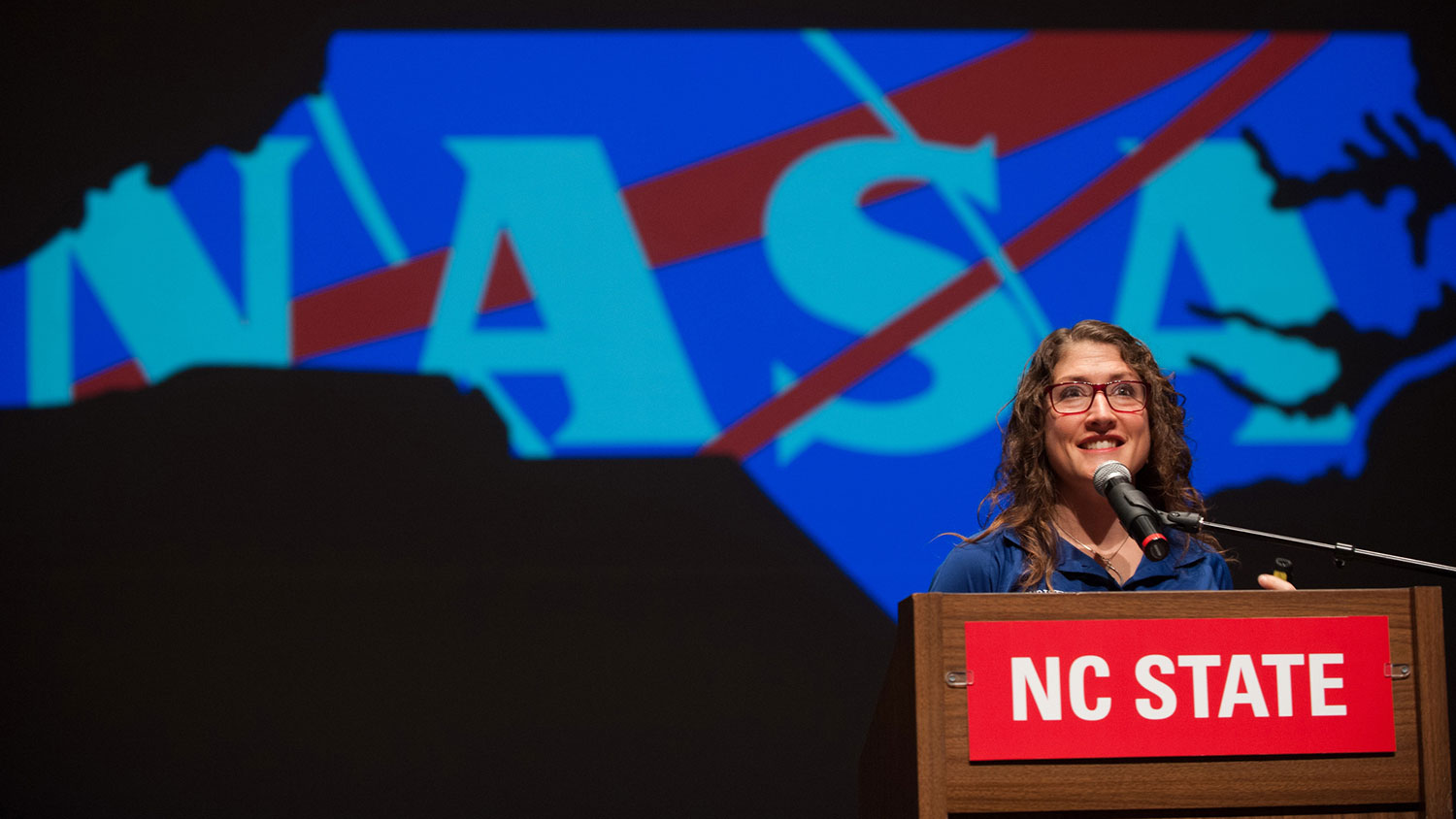 Blasting Off Into History

The 20-minute video downlink will be the highlight of a two-hour event that includes a keynote address by NC State cosmologist Katie Mack and a moderated panel discussion featuring NC State faculty experts in astrophysics and engineering.

Students, faculty and administrators of both schools, including chancellors Randy Woodson of NC State and Todd Roberts of NCSSM, will be on hand for the event, which is free and open to the public. No registration is required, and seating in State Ballroom will be available on a first-come, first-served basis.

For more information about the event and to learn more about Koch’s journey into space, visit the NC State NASA downlink page.

Shedding Light on the Secret Reproductive Lives of Honey Bees

An Extreme, Unusual 2020: The Weather Year in Review