For Women's History Month, we talked to three women who are helping define the future of the university.

While NC State has a whole cast of female trailblazers reaching back all the way to 1889, women on campus today are still breaking down barriers.

Lisa Johnson has been involved with university planning for nearly 30 years, and has been the University Architect for 10 years. In that time, campus has expanded, new buildings have been constructed and many more have been renovated.

Johnson and her dedicated team have a unique hand in shaping what NC State looks and feels like. Myriad considerations, from land use to acquisition to sustainability, fall under her team’s purview. 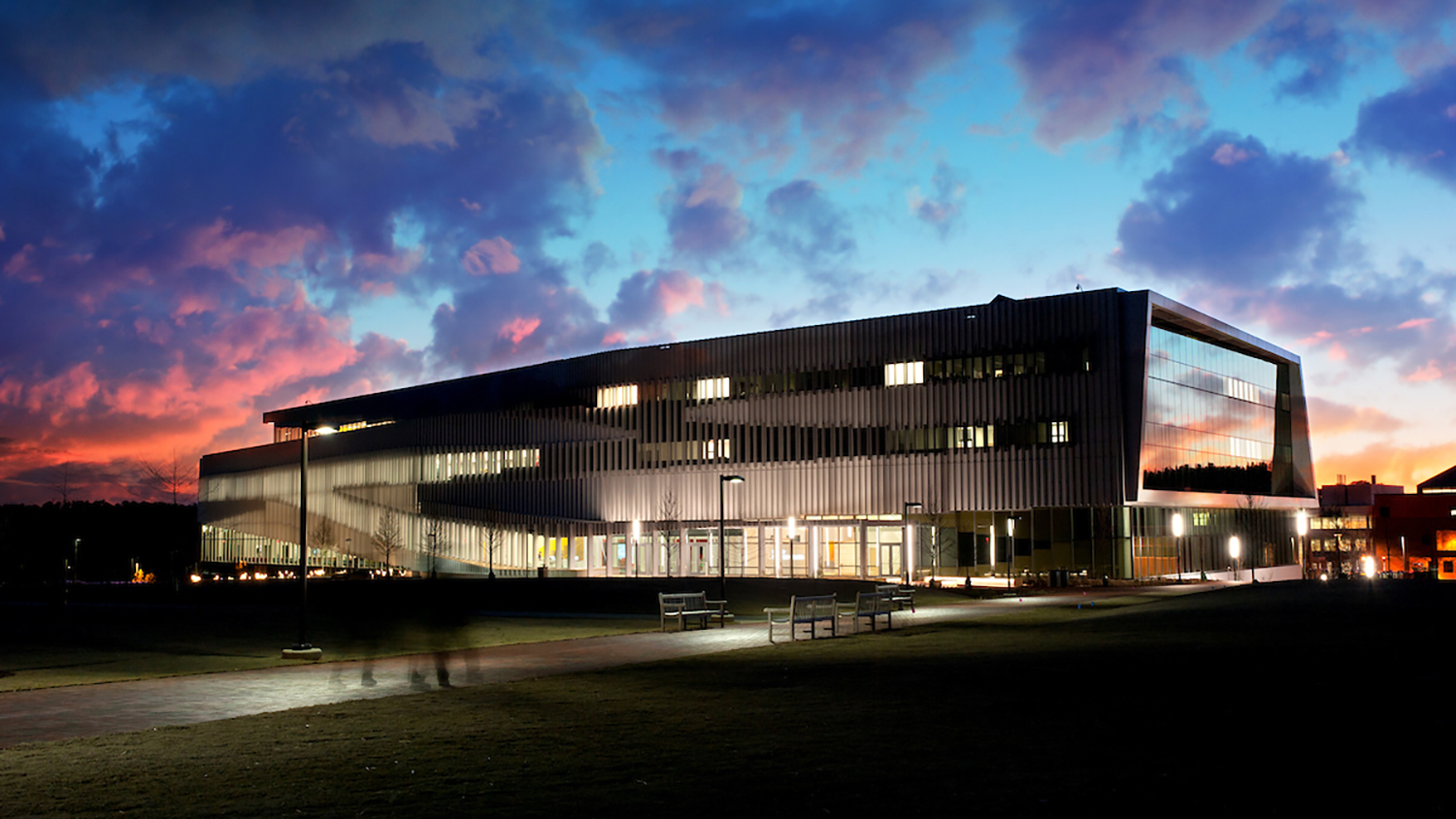 As one of the premier research parks in North America, NC State’s Centennial Campus unites university scholars with public and private partners.

“I love being part of a land-grant institution,” says Johnson. “The breadth of our work makes it so interesting. We’ve prepared plans for everything from dairy barns to research labs.”

We’ve prepared plans for everything from dairy barns to research labs.

An alumna of Louisiana State University, Johnson started at NC State in 1993. At the time, the number of professional female architects was low. “I went from an all-girl high school to an all-male field,” says Johnson. “Many times I was the only woman in the room.”

Long hours and tireless dedication played a role in her success. “I think women are particularly dedicated, and I put in the time.” says Johnson. “In college, when asked out, I would say ‘come see me in my studio on Saturday night, because that’s where I’ll be.'”

Johnson saw the biggest transformation on campus from 2002 to 2012, after North Carolina’s legislature passed the higher education bond.

Over the years, campus buildings have been renovated and modified to be more open and transparent, with approachable entrances and walkways and lots of light passing through them. These designs also help with way-finding: someone on the ground floor of Talley might notice something interesting happening a few floors up and can easily see how to get there.

“Students had a huge hand in the Talley project,” says Johnson, “both with student fees and the vision for the renovation. We held nighttime planning meetings so students could attend. And when any of them graduated, they passed the torch to another. They might not see the buildings finished during their time on campus, but it was more about what they wanted their legacy to be.”

As for Johnson’s legacy, a stroll through campus reveals repurposed buildings, bright and open entryways, adaptive reuse and student-focused pathways. “We want NC State to feel like a collection of neighborhoods,” she says. And it does.

Over the last decade, the College of Engineering has made important strides in recruiting outstanding women faculty, and Christine Grant has been critical to that success.

A crucial step to facilitating change happened in 2006, when dean Louis A. Martin-Vega included women on all hiring committees. Grant — the first African-American female faculty member hired by the college, in December 1989 — was the first person Martin-Vega asked to be part of the search committee process.

“As the first African-American woman faculty member in the College of Engineering — and the only one for 16 years — part of my role in institutional change can be described as cultural,” says Grant. “My presence provided a different framework for broadening participation and inclusivity in Engineering.”

In 2008, she approached Martin-Vega to create an office to help meet the professional development needs of the faculty. She was named associate dean of faculty development that same year. 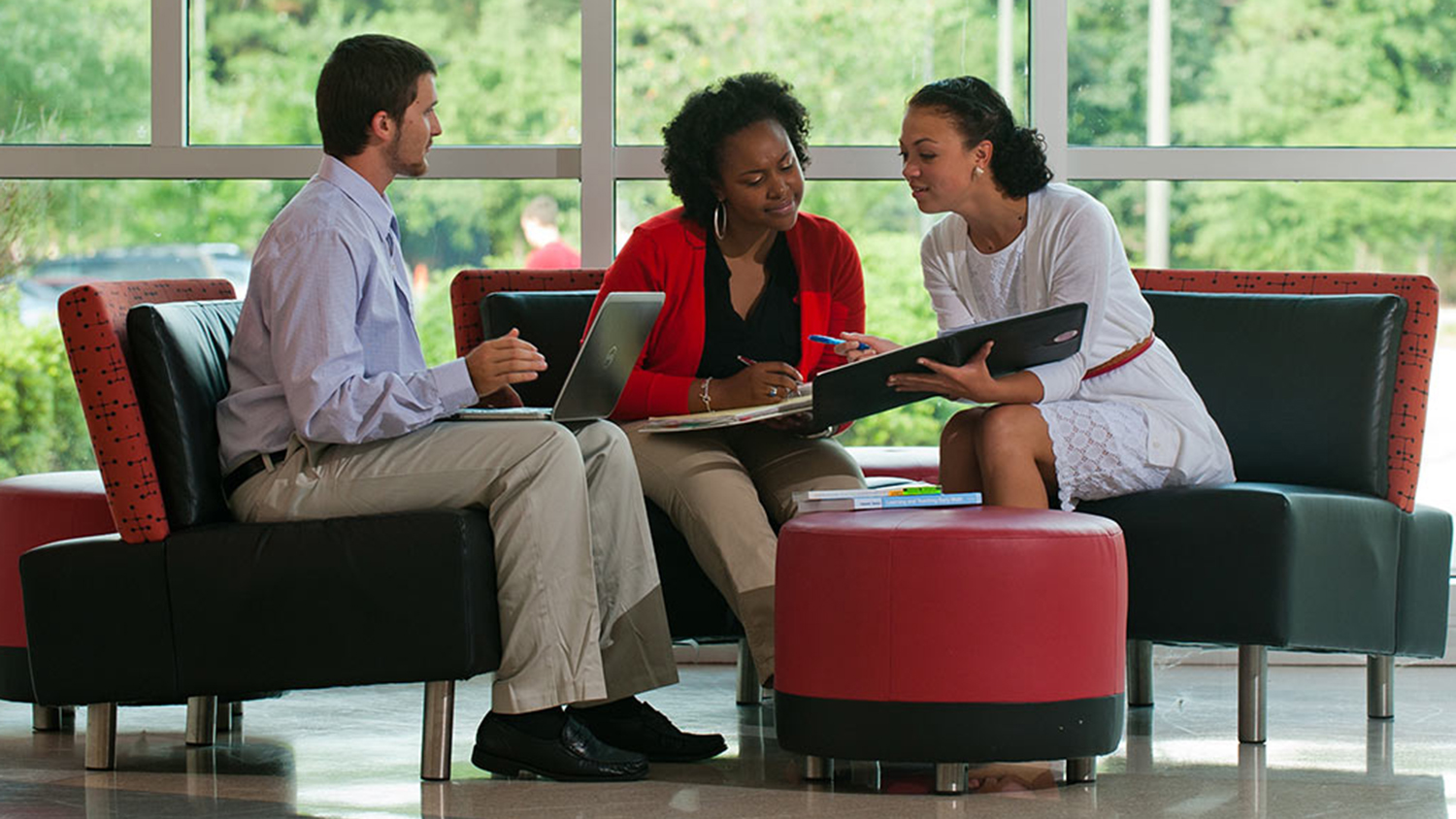 Discover programs that assist top quality, underrepresented students within the College of Engineering at NC State.

Grant’s leadership has signaled hiring representation as a top priority for the college.

“I view what I do as faculty care,” she says, “providing resources and opportunities to our talented faculty to thrive in the realms of teaching, research and outreach.”

Grant comes from a rich educational background — her mother was a science teacher and her father was a music teacher — and credits her upbringing with the satisfaction she feels in student achievement.

I’m thrilled when our students experience success in their professional journeys.

As for the future of inclusivity and representation at NC State, Grant is optimistic. “There are many aspects in the realm of inclusivity that we already are working on,” she says, “and our connection to state and national initiatives will enable us to increase our visibility as a national leader in education.”

“My experiences have been distinct from my colleagues,” she says. “Because of that, I’ve had the opportunity to really lead change.”

As a student, Jamila Simpson sometimes felt alone or otherized in her field. Now, it’s her job to make sure others aren’t discouraged from achieving their dreams because of those same feelings.

An NC State triple-alumna, Simpson was the first African-American woman to receive her bachelor’s degree in meteorology from NC State in 2000. She then obtained her master’s and Ph.D. in science education, also from NC State. After graduation, Simpson worked at Morehead Planetarium and Science Center to promote science education programs for pre-college teachers and students across North Carolina. 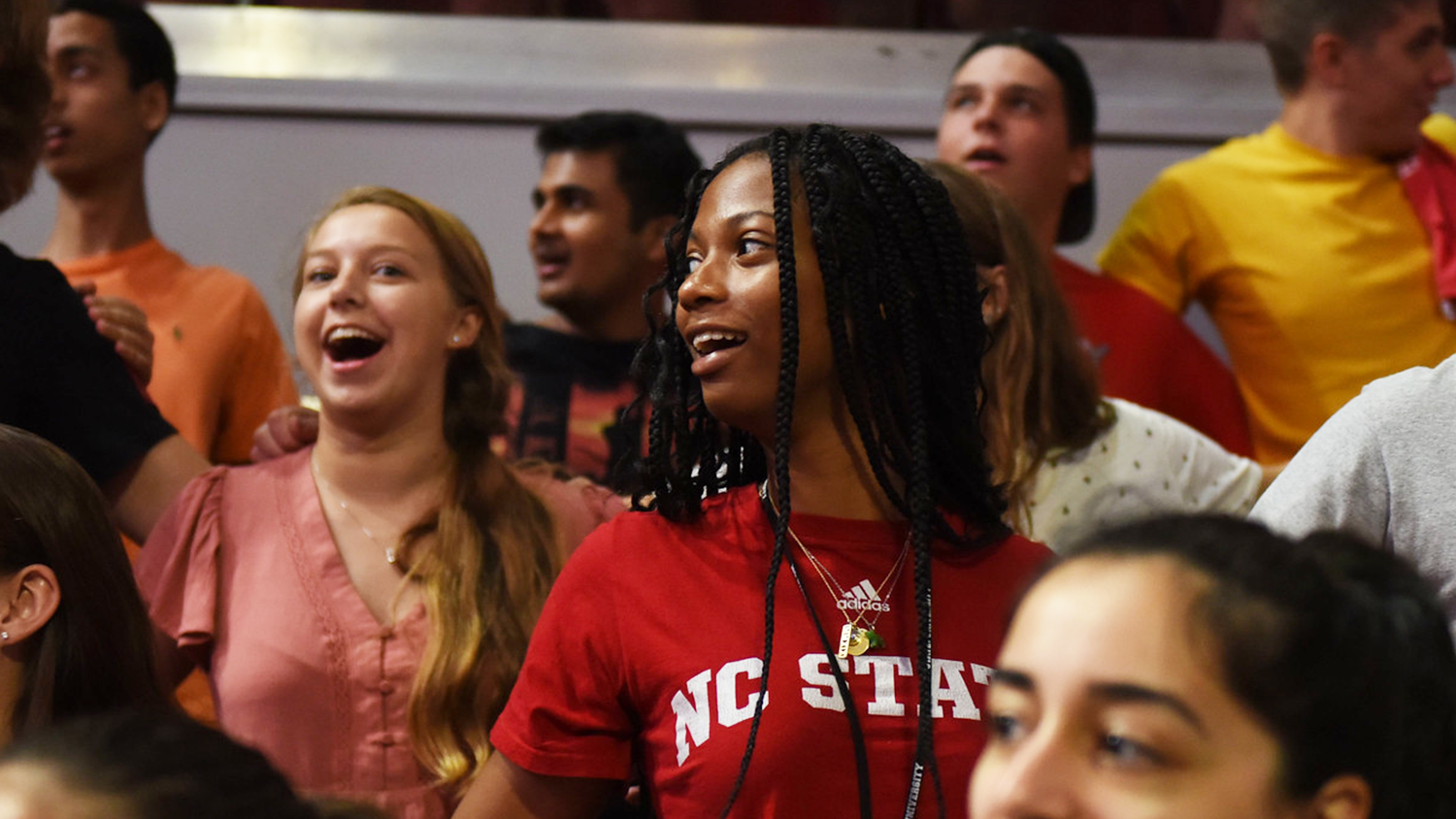 Women in STEM and Engineering

Discover the WISE Village, a Living and Learning Initiative for first- and second-year women in STEM majors.

As assistant dean for academic affairs, student diversity and engagement in the College of Sciences, Simpson works to enhance the recruitment, retention and graduation of minority students who are traditionally underrepresented in the sciences. She also leads the charge in creating inclusive spaces for diverse populations in science, technology, engineering and math fields through initiatives like the Diversity in STEM symposium.

“NC State has changed so much since I came as a student in 1995,” says Simpson. “We have our first female dean of the College of Sciences. We recently had alumna astronaut Christina Koch participate in the first all-female space walk. Female students have many positive role models to show them that anything is possible.”

The more voices and perspectives we include, the more problems we solve.

Simpson’s efforts have helped NC State become one of the nation’s leading universities for the number of science degrees granted to underrepresented minorities. She is also a beloved student mentor, encouraging success among students from disparate backgrounds.

“I believe that we can only reach our fullest potential as a university when all members of our community are included. The more voices and perspectives we include, the more problems we solve.”