When COVID-19 nearly shut down NC State’s compost facility, Matt Ball made the best of the situation — to the tune of $35,000 in cost savings for the university.

When NC State’s new Compost Facility and Research Cooperative opened in fall 2019, operator Matt Ball could never have imagined how quickly — and dramatically — things would change.

Within months, the COVID-19 pandemic forced most NC State students, faculty and staff to leave campus indefinitely, causing a downslide in food waste delivered to the facility. The sudden loss of its primary nitrogen source — from nearly 25 tons a week to about five or six tons — stymied the facility’s compost production.

At the same time, nearly eight tons of carbon-rich animal bedding continued to arrive each week from the College of Veterinary Medicine, along with five to 10 tons of wood chips from tree service companies in the area.

Faced with a lopsided supply of primary compost ingredients, Ball had to think fast.

“Initially I was glad to stockpile the animal bedding because we had been running low, but it got to be too much,” Ball says. “So Adam Bensley and I decided to try to make a mulch product to see if we could start moving some of that supply. We knew that Grounds Services utilizes a lot of mulch from outside sources in addition to the compost we provide them, so we thought we might be able to make something they could use.”

Turns out, he was right.

Having the infrastructure in place certainly helped. Ball tweaked his typical workflow, experimenting with different temperatures, moisture levels and quantities of ingredients to nail down the ideal ratios to produce a mulch product.

Along the way, he and his team of two student interns made some happy discoveries.

“One of the biggest differences we found was that we didn’t have to worry about the contamination that normally comes along with food waste,” Ball says. “The mixture was quickly in and quickly out, and also didn’t need to go through the full curing process at the facility. So there’s a lot less moving product around, and it doesn’t need to be screened at the end.”

Mulch also doesn’t require the long-term management that compost does. Ball and his team usually monitor their compost for months to make sure it’s turning into a good product. For mulch, he says, “we just needed it to mix well and look good, and also make sure we generate enough heat to kill any weed seeds and pathogens that may be present in the initial feedstock.”

Thanks to the quicker, easier process, they began mulch production in 2020 and invited Grounds Services to check it out at the facility.

“They looked at it and really liked it,” Ball says. “The mixing process grinds everything down and gives the product a nice look and color. It’s also light and easy to work with.” 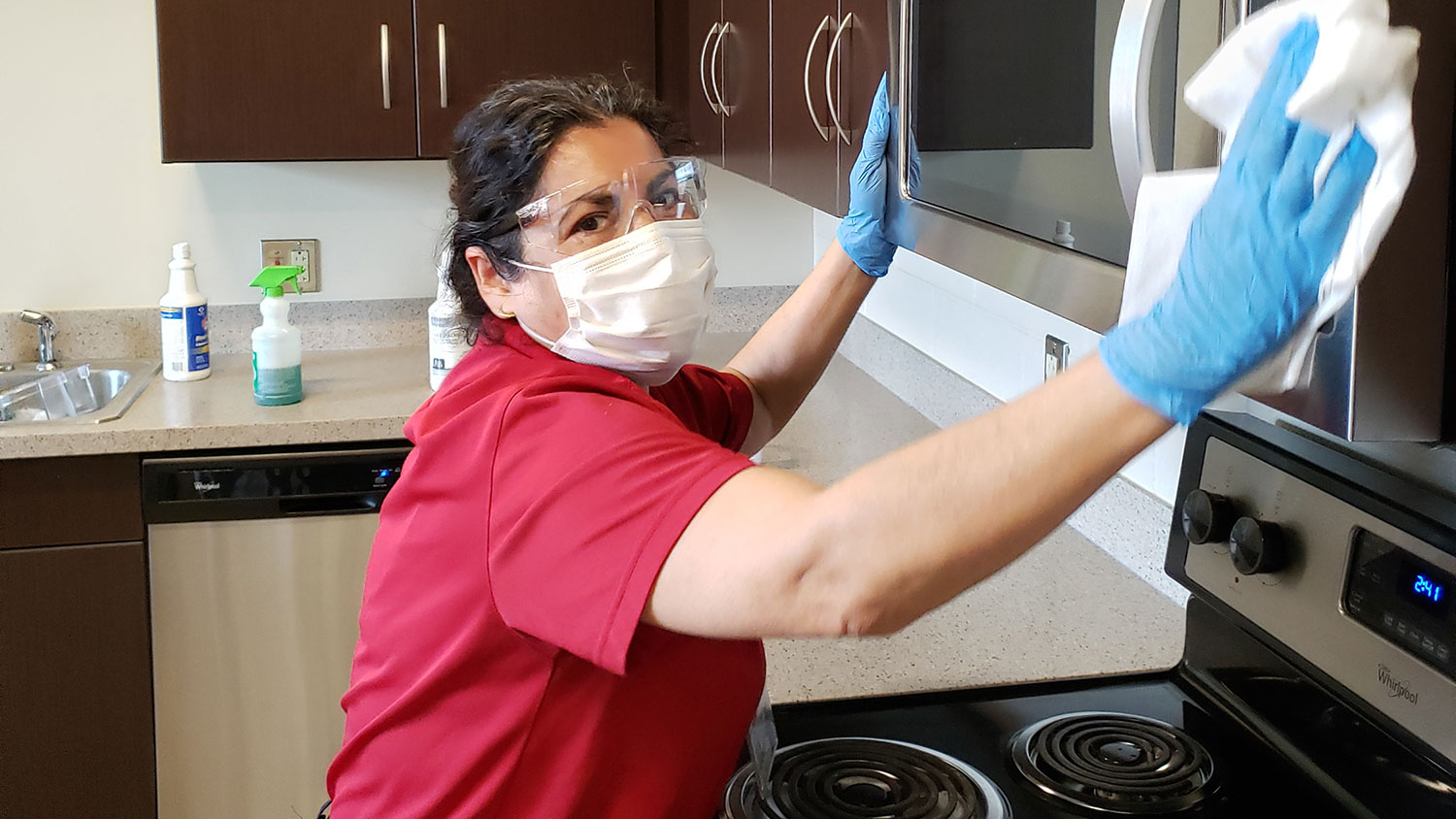 From churning out mask materials to ensuring the campus food pantry stays safely open, NC State staff and faculty have risen to meet the challenges posed by COVID-19.

Another advantage of the new mulch is that because it’s gone through the composting process, it has no weed seeds. With typical mulch or wood chip production, weed seeds come with the territory, requiring the product to be sprayed twice — once for initial weed suppression, then again when the weeds inevitably start growing.

Grounds Services picked up their first mulch supply from the Compost Facility in late 2020. Since then, the deliveries have grown larger, saving the university more than $35,000 in material costs alone.

“In addition to saving thousands of dollars, it is also great that we are able to utilize a product made in-house,” says Courtney Eads, horticultural supervisor with Grounds Services. “As long as Matt is able to make it and we are able to use it, we will continue to do so.”

The mulch product has proven to be successful on North and Central Main Campus, Eads says, leaving the door open for expansion.

“So we’re in the mulch business for better or worse now, in addition to compost,” Ball says with a little laugh. “It’s just a little extra hustle week to week, and requires extra planning and forecasting, but it’s well worth it.” 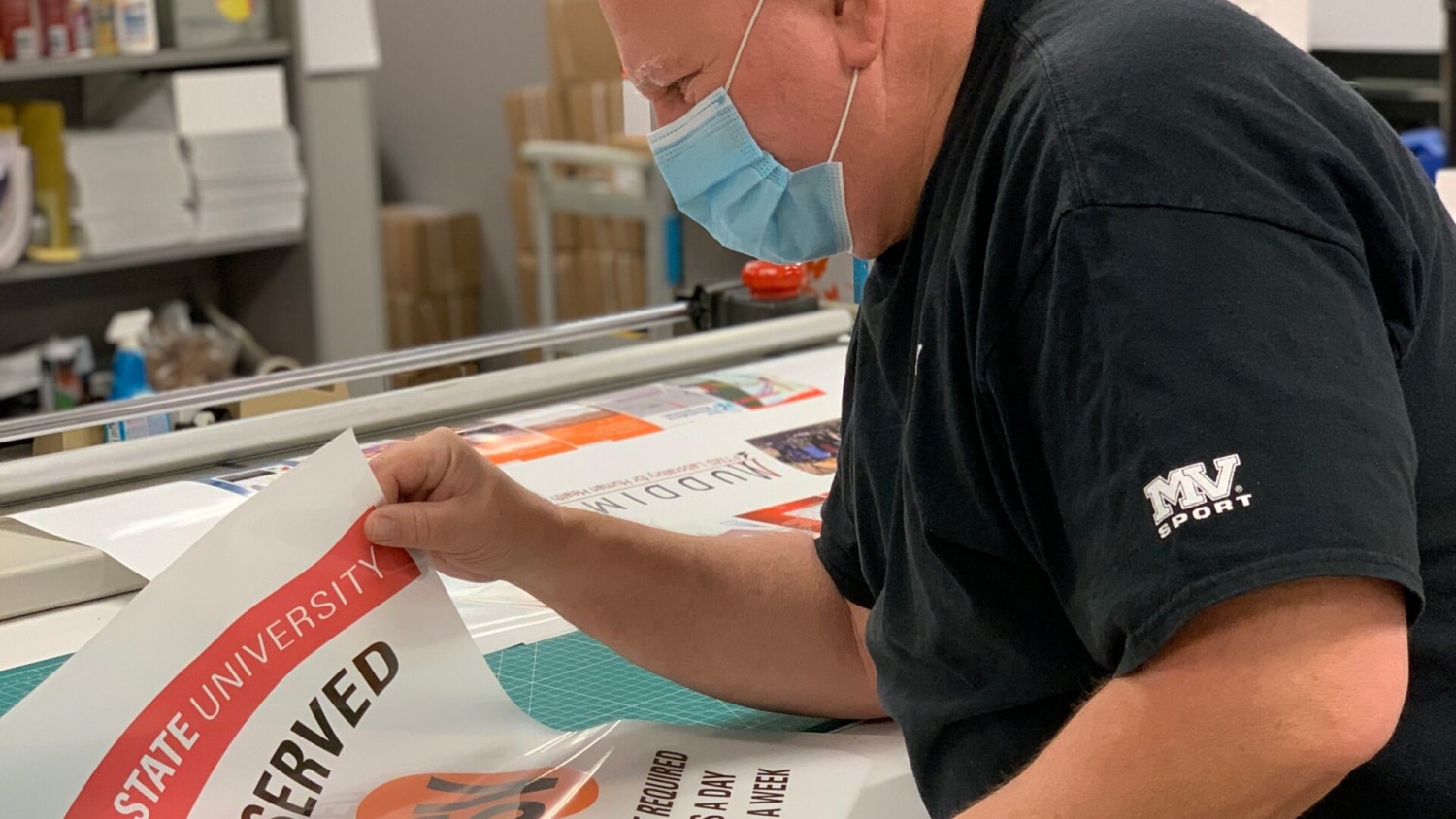