First Lieutenant Christopher Young has never needed to write a letter to the parents of one of his Marines, explaining why their son won’t be coming home from Afghanistan.

And that’s why the former NC State football player from Raleigh was recently awarded the Bronze Star for bravery – protecting his platoon during a hellacious month in Afghanistan’s southern Helmand Province.

In May 2008, in one of the most dangerous regions of Afghanistan, Young and his Marines were involved in more than 40 direct-fire engagements near the small town of Garmsir, about 100 miles north of the Afghanistan-Pakistan border. In endless days and nights of fighting, with a constant barrage of ambushes and firefights in poppy fields, his thoughts were only of keeping the 35 men in his platoon safe and completing his mission.

One night, he and a sergeant were on patrol and were ambushed. His sergeant took a bullet – directly in his bullet-proof vest. The bruised ribs he suffered were the only injuries reported during six months of intense firefights with insurgents.

“I brought all my Marines home,” Young said, simply and proudly.

He and his platoon also stayed in Garmsir after the town was secured, patrolling the area for insurgents and rebuilding the schools and infrastructure they damaged during their firefights.

Some of the support Young received while in the field came from a squadron of Cobra attack helicopters – just like the one his cousin, Captain Drew Wimsatt, was flying over the region. Wimsatt, a defensive end for the Wolfpack from 2000-02, has completed several tours in Iraq and Afghanistan, and recently sent NC State head football coach Tom O’Brien, a former Marine officer, a flag that Wimsatt kept in the cockpit of his helicopter.

That flag – which saw 65 flight hours of combat on 27 different missions – was carried onto the field in the Wolfpack’s season-opening loss to South Carolina by walk-on wide receiver Paul Horst.

While Young and Wimsatt never got together while they were simultaneously deployed, Wimsatt made sure everyone in his squadron knew to keep an eye out for (then) 2nd Lt. Young’s platoon.

For his heroic leadership, Young was presented with the Bronze Star medal, the fourth highest combat award given by the U.S. Armed Forces, on Aug. 14 in a small ceremony at Camp Lejeune, where Young is currently stationed.

He recently received a promotion to first lieutenant, and is a platoon commander for the Combined Anti-Armor Team. While he would have liked to have attended Saturday’s game against Murray State – when NC State hosted Military Appreciation Day – he was en route to Fort A.P. Hill in Virginia for more training. Young expects to go back to Afghanistan as early as November.

It wasn’t long ago that Young considered his greatest achievement to be scoring on a two-point conversion during NC State’s nationally televised 38-6 victory over Clemson, the Wolfpack’s school-record ninth consecutive victory to open the 2002 season. The former private school all-state selection from Raleigh’s Ravenscroft High School was the holder for all field goals and extra points, and started 38 consecutive games over three seasons.

He and Wimsatt played together for three years with the Wolfpack under head coach Chuck Amato. Young was a walk-on, while Wimsatt transferred to NC State after one season at Northwestern. As a senior in 2002, Wimsatt started 11 times during the team’s 11-3 season, the best in school history. He had 42 tackles, 10 tackles for loss, and five sacks.

After graduating from NC State, Wimsatt entered Officer Candidate School in Quantico, Va., then to flight training in both Pensacola, Fla.; Corpus Christi, Texas; San Diego, and Jacksonville, N.C. He is now part of a light attack helicopter squadron of AH-1W Cobras and UH-1N Hueys.

He first deployed to Al Asad, Iraq, in 2007 and was sent to Kandahar, Afghanistan, to provide close air support for Marine units on the ground. It’s all-terrain, all-weather, all-time duty that includes looking for improvised explosive devices, air reconnaissance and support for convoys.

“Afghanistan is a far more violent environment than Iraq,” Wimsatt said. “The Marines on the ground we support are some of the bravest I’ve ever seen. These young men risk it all every time they go outside the wire.

“The caliber of warrior on the front lines is extraordinary and something our country should be proud of.”

And that’s why he’s so proud of Young’s award. The two come from a military family. Both of Wimsatt’s brothers, Brad and Matt, are in the Marines. Brad played football at Navy and was captain of the football team there before becoming a Harrier pilot.

When Drew left for Iraq, his wife Claudia was eight months pregnant. His daughter Leanna was five months old when he first met her last August. Leaving her in January to return to the southern Helmand Province of Afghanistan was one of the hardest things he’s had to do.

Wimsatt says he never thinks about the danger of his missions – at least not before he flies or while he is in the air.

“There have definitely been some nights when I’m laying in bed that I’ve thought, ‘I’m glad I’m sitting here in my rack after that one.'” Wimsatt said. “But during the mission, you just do what you’re trained to do.”

In that way, Wimsatt believes his job is a lot like football. It’s all about preparation and training.

“You have to rely on the tactics we’re trained to use,” he said. “It’s a lot like football. You practice, you go through your two-a-days, you do all the preparation to get to that point. Then, when you are in a game, there is nothing to it. You do what you have been practicing to do.”

With the key difference: there is no one shooting at him on the football field.

“You really don’t think about the danger,” Wimsatt said. “It’s the repetition of the switches you hit, the controls you use and the triggers you pull. We rely on our tactics and believe in our tactics.

Wimsatt has been in the game for a while now, with multiple tours in Iraq and Afghanistan. He still loves the job, but there is some weariness for someone who has gone through three cycles of seven months deployed, five months at home.

“Hopefully, we’re home for awhile,” Wimsatt said. “It’s hard as a squadron to be deployed so often and for so long. After a couple of years of that, it gets to be hard.”

He hopes that the flag he sent to the team, with the attached letter, is an inspiration to the current Wolfpack players.

“We frequently fly with a flag in the cockpit of every helicopter,” Wimsatt said. “Usually, it’s for just one mission. The one I sent to Coach O’Brien flew with me the entire month of April.

“A lot of guys send it back to their families. I thought sending it to the team would be something meaningful to them. I thought back to when I was a player and the things that really affected me,  and I thought that seeing something like that would have motivated me.”

Wimsatt, who has not yet met O’Brien, is disappointed that he was not able to return to see a football game last year. He still loves the game, and calls his playing career at NC State “some of the best days of my life.”

“I would do anything to play one more year,” he said in an e-mail from Afghanistan in the spring. “I don’t care what it takes, I will make it to some home games this year. NC State fans are the best.

“There is nothing like a cool fall day and seeing that sea of red and white.”

Unless, of course, it’s seeing the red, white and blue that Wimsatt and Young defend with their lives. 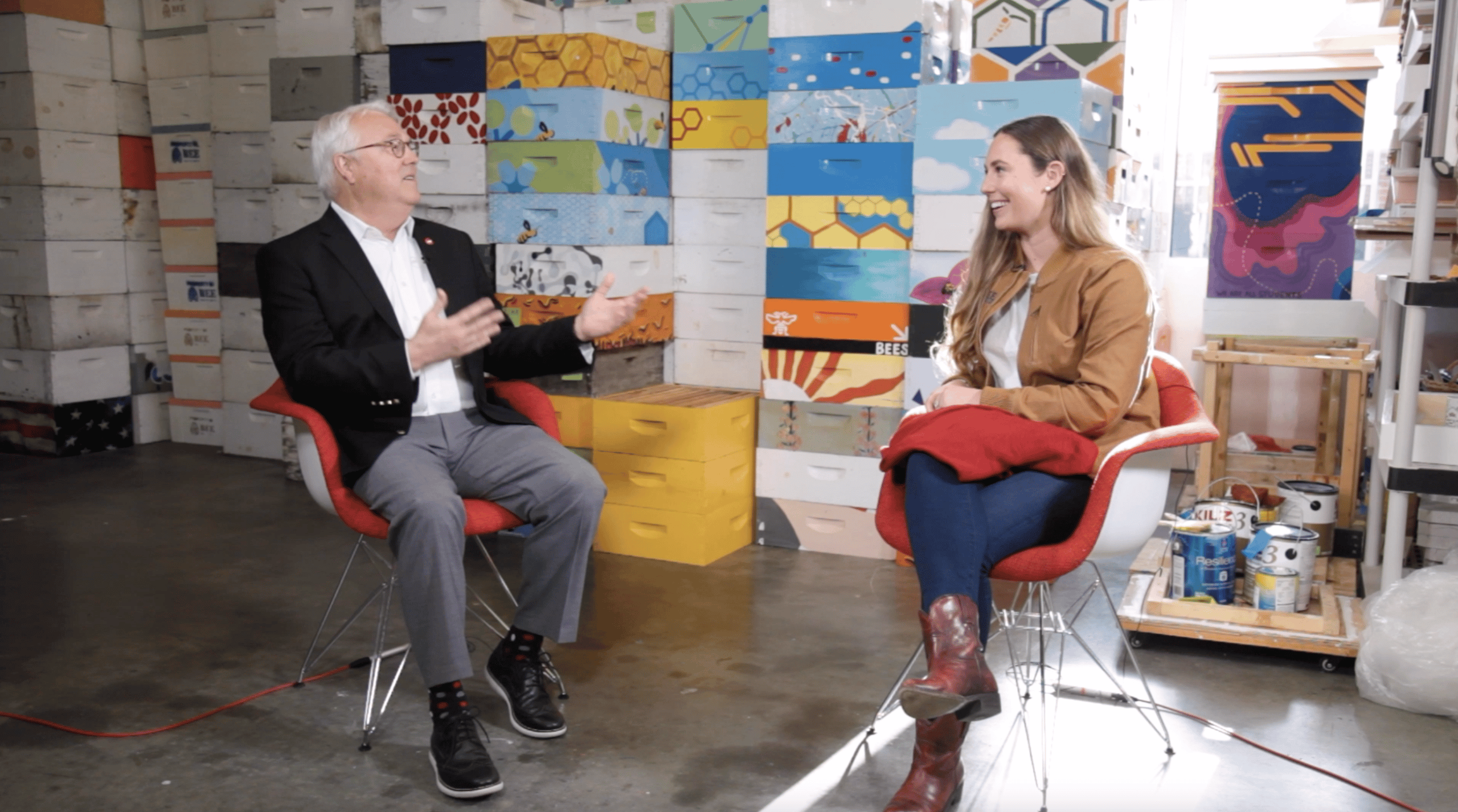