For more than a decade, Professor Charlotte Farin and the NC State Haiti Goat Project have joined the country’s struggle against rampant childhood malnutrition: the project provides high-protein lunch supplements to rural schools, while working to improve the genetic stock of local goat herds. 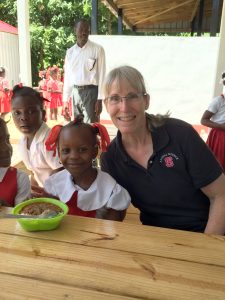 Now they plan to expand, doubling the number of protein-rich meals provided to schools each month.

It’s a success story uniting agricultural know-how and academic data with the passion of local residents to help improve living conditions in the poorest country in the western hemisphere.

“We have a responsibility to help other people. That’s what this grew from,” Farin said. “Agriculture built the United States, and it’s a beautiful vehicle for helping build other societies as well.”

Up to 25 percent of Haitian children under 5 are malnourished due to a diet composed mostly of rice, beans and fruit. Farin founded the project 11 years ago in Gressier, Haiti, in an effort to establish sustainable agriculture development and improve children’s diets. Access to high quality animal protein, like the meat from Farin’s goats, has been shown to significantly increase test scores and improve overall health in nutritionally compromised children. 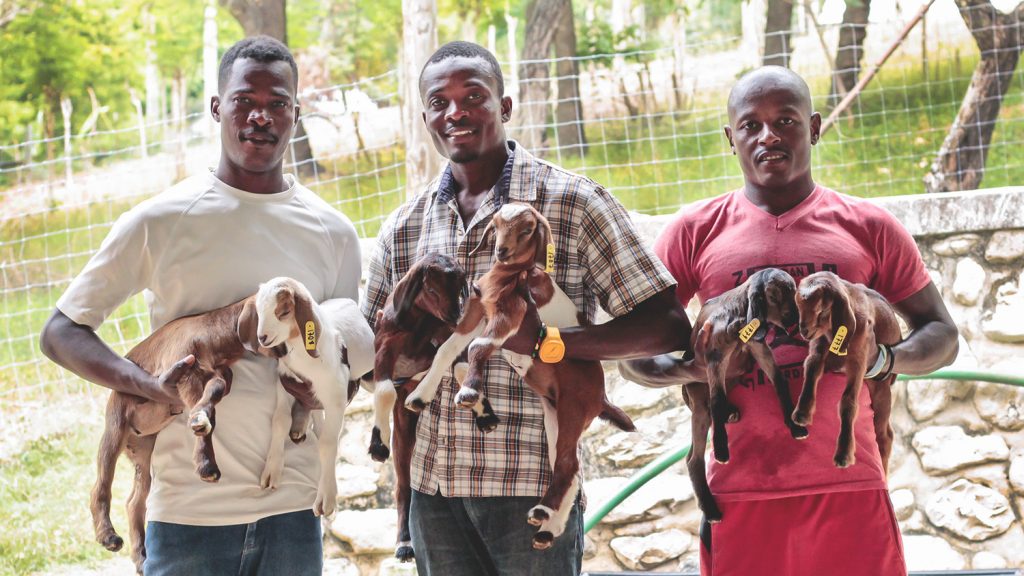 Broadly, the project helps the people of Haiti by providing them the tools and knowledge to build a long-term solution to alleviating hunger, malnutrition and poverty.

To get quality nutrition to the children who need it, Farin and her team cooked up a couple recipes for highly nutritious “Chili Kabrit” — Creole for “goat chili” — prepared according to USDA safety guidelines and delivered to schools once a week.

The initial school was chosen to receive chili kabrit lunch supplements because a University of Florida study showed that 85 percent of its students were anemic. The chili kabrit meal provides children with 100 percent of their daily requirement for protein, along with high doses of iron, vitamins A and C, calcium, and other key micronutrients like zinc, fluoride and magnesium — all packed into about 280 calories. 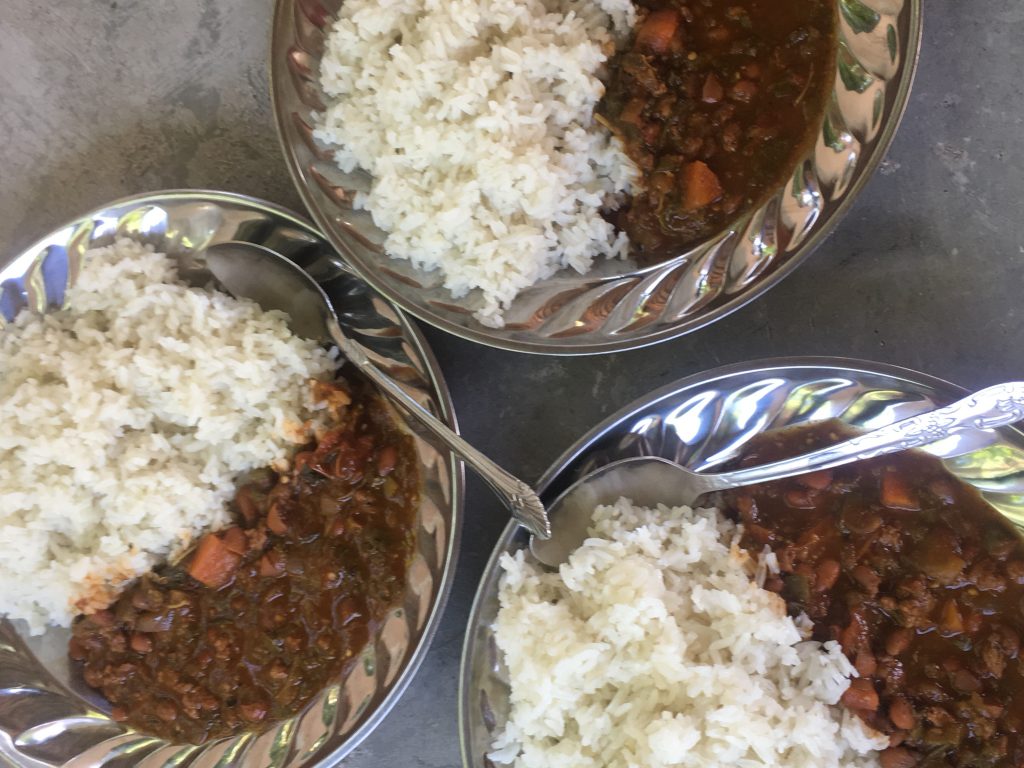 “And it tastes good!” Farin said. “The kids eat it because they like it. In one school, the principal told us the children have a ‘chili kabrit song’ they sing every Wednesday when the chili kabrit lunch arrives.”

Farin leads a team made up of local residents, Haitians who are passionate about helping their community. The project has prospered due to collaborations with the University of Florida, World Relief, Heifer Project International and the Christianville Foundation, which hosts the program on its 65-acre campus.

Because the program’s demand is greater than the project’s farm resources can supply, the majority of ingredients for weekly production of chili kabrit are obtained from local goat producers and vegetable farmers. Producing and serving chili kabrit to rural school children creates a regularly occurring market for products from the local agricultural community.

On a recent visit to the school where the chili kabrit program began, the principal told Farin they have seen a major difference since the start of the program: students are more attentive and more able to focus on their studies.