A Desire to Help Others

Ghazale Johnston’s father always instilled in her and her two brothers the belief that education, work ethic and giving back were important.

“My brothers and I were taught at a very young age to always choose the right path over the easy path,” she said. “We need to be able to work hard and do well, and help others.”

Her father moved the family to the United States from Iran when she was two years old. His reminders to her, and the sacrifices he made to give her family a brighter future, are at the core of what motivates Johnston to give back to her community and to NC State University, the school she credits with serving as a springboard into the next phase of her life.

“College was where I picked up those skills and work capabilities, and my discipline toward wanting to do well,” she said.

Johnston’s family lived in New Jersey when she began considering colleges, and her older brother already attended NC State. The weekend she visited as a senior in high school, the Wolfpack football team beat the Tar Heels from UNC-Chapel Hill at Carter-Finley Stadium. She already knew she wanted to attend a large public university, and that she wanted to explore another part of the country. The atmosphere at NC State made it the perfect fit.

During her time at the university, Johnston was the recipient of an Eli Whitney Scholarship, which allowed her to pursue dual degrees in textiles and humanities. She chose to focus on Latin American studies. This path allowed her the opportunity to gain a more global view of textiles, and to learn about another culture and language, she said. She traveled to Honduras and Mexico, as part of an internship, and minored in Spanish.

Johnston said she always looked for ways to build on what she was learning in the classroom. She gained further leadership skills by taking on roles within her sorority, Zeta Tau Alpha, and serving as president of the Panhellenic Association.

She had the honor of being the student speaker at her commencement ceremony, one of her most memorable moments at NC State.

“That was the highlight – it was one of the most fun things I got to experience,” she said. “I was able to look out and see my parents and my grandparents – and knew they were the reason I could be there – as well as see my peers and those I was in the trenches with during my time at school.”

When she graduated in 1996, Johnston already had a job lined up with Andersen Consulting, which later became Accenture. She spent 20 years with the company, including a promotion to partner in 2010, before deciding last January to, as she puts it, “begin a second chapter in my professional journey.”

Among her priorities when she left was to get reengaged at NC State, now that she had the time and space in her life to do so.

And she has done that – giving both time and resources. In 2016, Johnston created the Johnston Family Scholarship, which will provide support for freshmen who display strong leadership skills, demonstrate financial need and are members of an underrepresented group. The scholarship fund is growing to endowment.

Johnston said developing leadership skills is at the heart of what she believes is important about the college experience. Her hope is that the scholarship allows recipients some relief from financial burdens, so that they can take on a more impactful role at work, or join a club or organization to help build the skills they’ll use in their professional life.

“Supporting NC State 20 years after graduation brings forward a handful of sentiments for me,” she said. “For starters, the flood of positive emotions I feel when I return to campus for an event is delightful and a direct reflection of the friendships and experiences I made at NC State. In addition, the opportunity to make a positive impact on the trajectory of a student is an ideal way to show gratitude for my own world-class education.

Which is something Johnston can speak to, as well. She has served as a mentor and competition judge for the Poole College of Management, and as a speaker to the college’s McLauchlan Fellows. As a judge, Johnston said, she saw that current NC State students have a level of skill that will carry them far in their careers.

“I’m so blown away by the depth, and the level of professionalism – the degree to which these students were able to research and execute projects with meaningful results, and able to articulate the outcome back to a panel of judges,” she said. “They’re clearly doing fantastic things and I just loved being able to be a part of that.”

She also serves on the board of the NC State University Foundation, and her focus on philanthropy isn’t limited to NC State. When Johnston left Accenture, she decided to take those 20 years of knowledge and experience and channel her expertise toward social causes. She’s chief operating officer of Daymaker, a peer-to-peer gifting platform providing birthday and holiday gifts to low-income children.

Johnston’s father passed away two years ago, and today, as she and her brothers make decisions in their lives, she said they still think about the life he made possible for them.

“We’re able to point back to the things that helped get us where we are,” she said. “And because of that, we need to be thankful and give back wherever we are.” 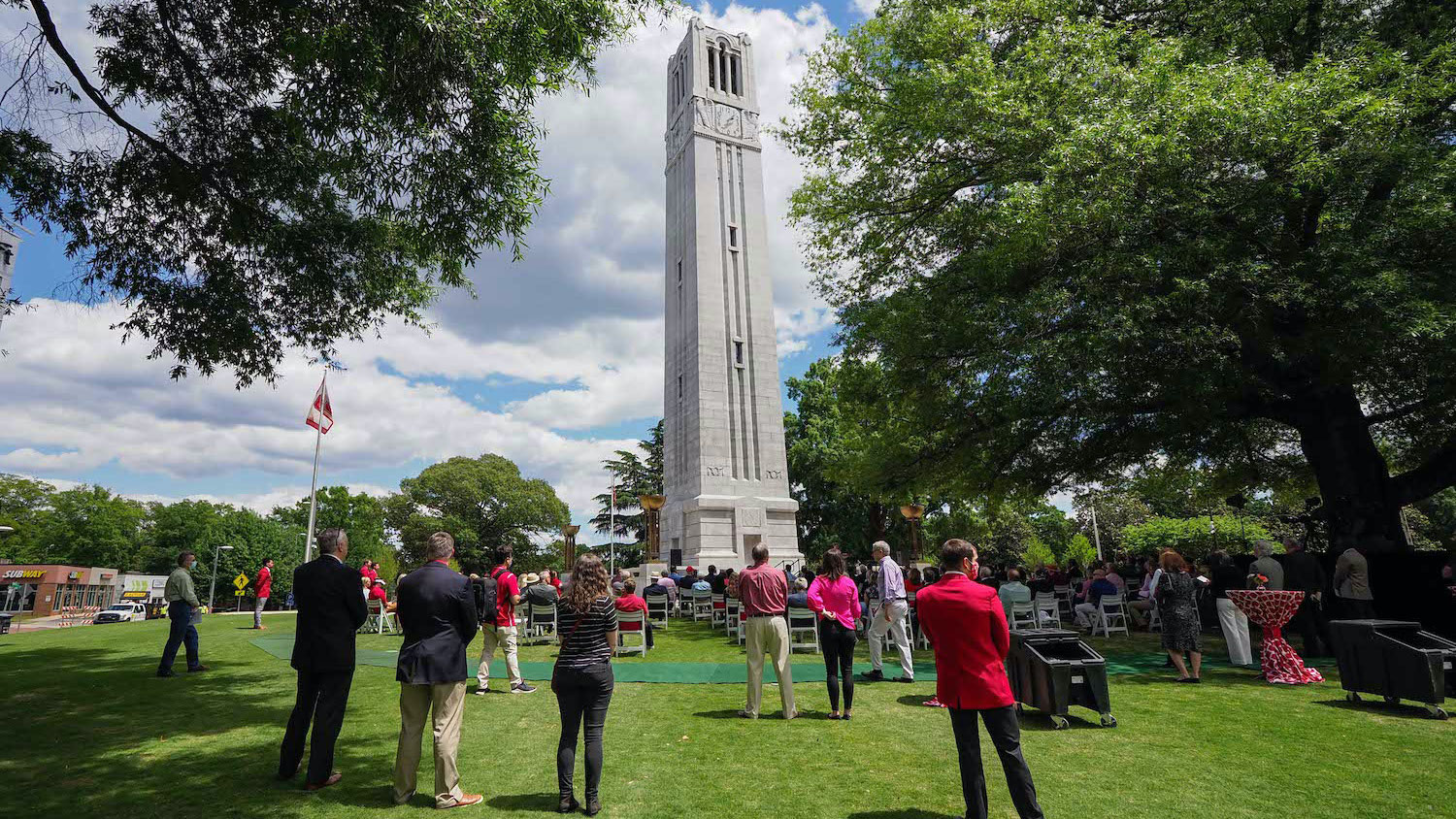