New technology could transform the way doctors treat chronic wounds, which affect more than 6 million people in the U.S. each year. Chronic wounds, such as diabetic ulcers or deep-tissue burns, are wounds that heal slowly or not at all and are thus prone to infection. These infections can lead to severe consequences, including amputation or even death.

Inventors in the Joint Department of Biomedical Engineering, with support from the Office of Research Commercialization, are patenting technology that could help heal chronic wounds faster and more effectively.

Wound healing happens in three overlapping stages: clotting seals the wound, inflammation cleans it and tissue regeneration spurs repair. The blood clots in the first stage are made up of two major components: platelets and strands of fibrin, which act as a net that holds the platelets and other cell types together. 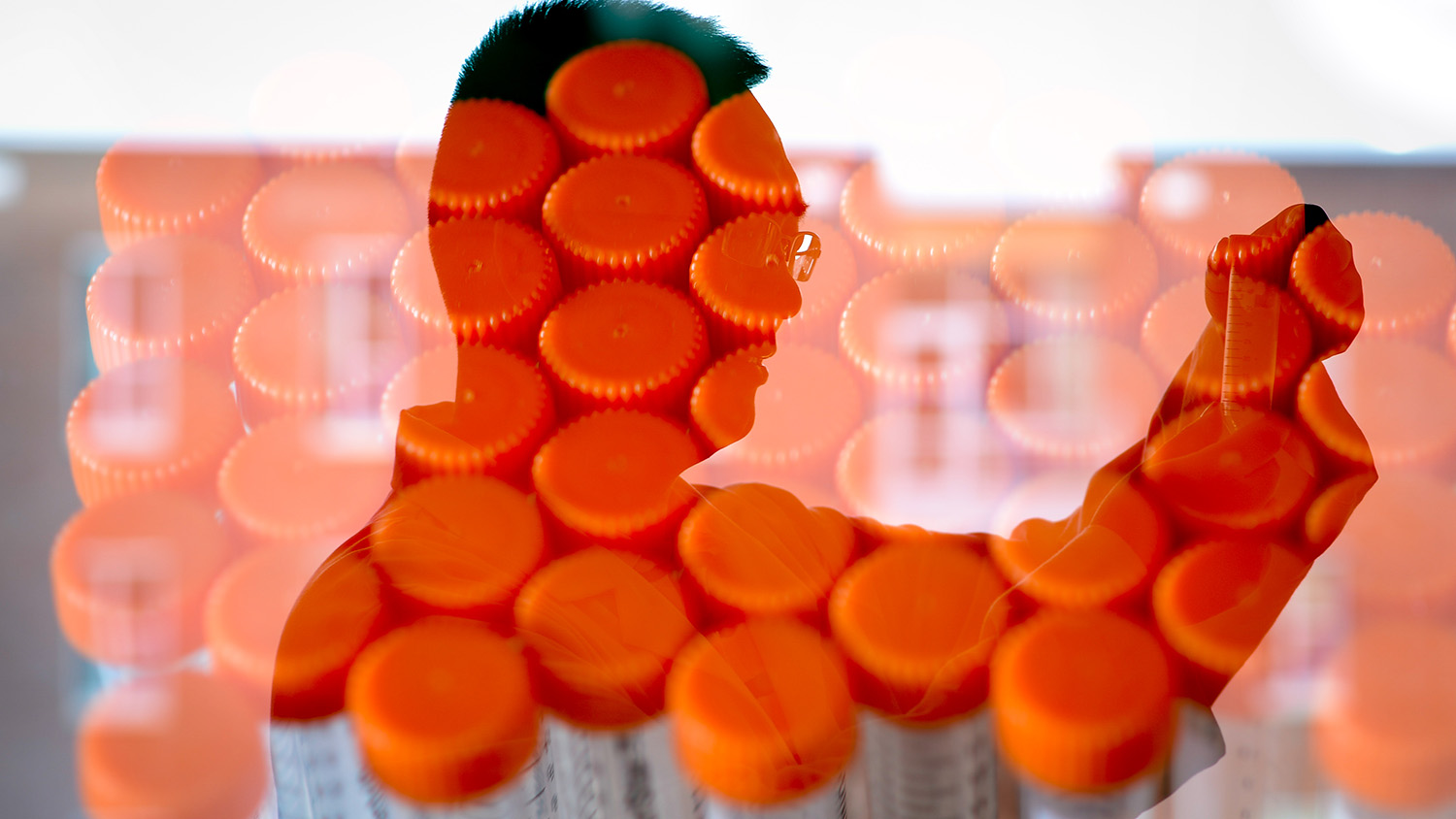 For various reasons, there’s often a lack of fibrin in chronic wounds, says Ashley Brown, a co-inventor of the patent-pending technology and the leader of NC State’s Advanced Wound Healing Lab.

“Fibrin is the primary protein that’s involved in blood clotting, but it also forms an important scaffold to promote healing after clotting stops,” Brown says. “What happens most of the time with chronic wounds is they get stuck in the inflammatory stage, so you don’t have enough of that initial fibrin scaffold for the subsequent cells to come in and rebuild the tissue.”

“These materials essentially result in the formation of a thick block of polymer; whereas, during natural healing, your body forms fibrin in a mesh that has some open porosity, which is really important for allowing cells to migrate in,” Brown says. “If it’s too thick, the fibrin can actually impede cell migration. Ultimately that can have detrimental effects on wound healing.”

To address this problem, Brown teamed up with Fran Ligler, the Lampe Distinguished Professor of Biomedical Engineering at NC State and a member of the National Inventors Hall of Fame. Together, they’ve discovered how to make preformed fibrin into customized nanoparticles.

The nanoparticles can be made in different sizes, which allows them to integrate with the clotting process that’s already occurring naturally. In other words, Brown and Ligler’s nanoparticles deliver fibrin in physiologically relevant densities, which is what’s needed to mimic the mesh-like substance the body creates.

“The beauty of the system is that in a wound environment, there’s going to be some small amount of clotting going on, and the particles can integrate with polymerizing fibrin at the wound site,” Brown says. “The other great thing about this system is that you can use it as a carrier molecule for drugs.”

Brown and Ligler have shown that it’s possible to attach growth factors, antibiotics or other healing aids to the fibrin nanoparticles. Ligler says this delivery system allows for a slower, more controlled release of these healing aids compared to adding them directly to a wound.

“Part of the problem in diabetic ulcers is they’re not well-served by the circulatory system,” Ligler says. “The oxygen amount is low, and there’s not the usual cadre of cells present to do the healing. So if you can bring in more cells actively, you have a chance of improving the healing.”

If you can bring in more cells actively, you have a chance of improving the healing.

Globally, the market for wound care is estimated to near $25 billion by 2024 — and diabetic ulcers accounted for the largest share of that market in 2019. The patent application process for Brown and Ligler’s technology is projected to run through summer 2022.