As the Wolfpack prepares to face UCLA in the Holiday Bowl, it's unlikely most Bruins fans know how much the California university owes to NC State.

UCLA Chancellor Emeritus Albert Carnesale was sitting at home in his easy chair, flipping channels on a football Saturday afternoon.

He paused when he happened upon the NC State-North Carolina football game and called his wife into the room.

Unfortunately, at the time, the Wolfpack was trailing the rival Tar Heels by 10 points with less than two minutes to play, and the Carnesales weren’t hopeful for a positive outcome for the school that gave them their start in a long and successful career.

Miraculously, the Pack scored two touchdowns in 26 seconds and won the game 34-30, as the memories washed over the couple, who began their lifetime in academic administration while at NC State in the 1960s. 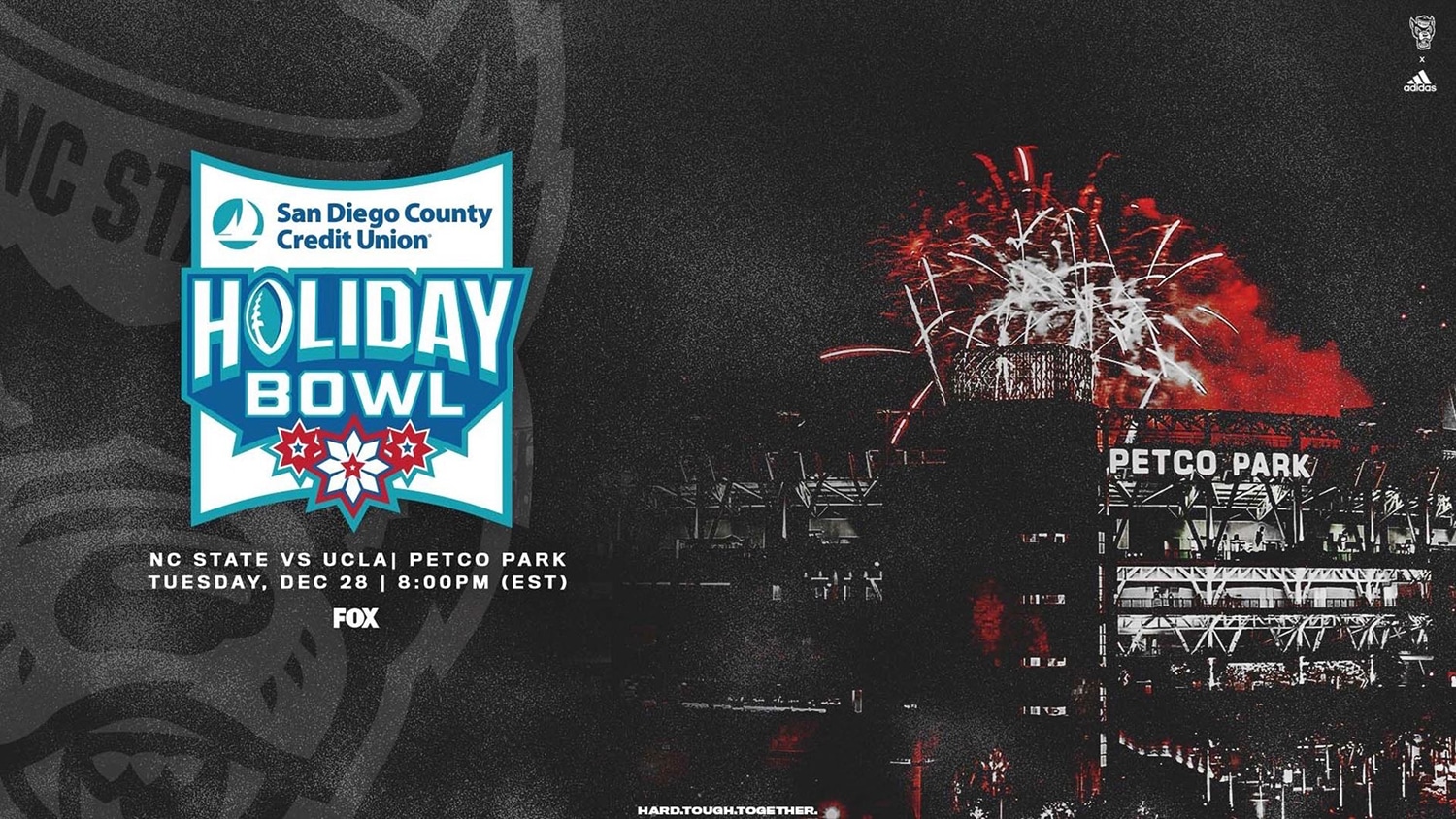 For Albert Carnesale, watching the game spurred the memories of a post-World War II journey that led him from a small apartment in the Bronx, New York, to two of the top posts in academia — all thanks to a suggestion from NC State chemistry professor James K. Ferrell to join one of the best nuclear engineering programs in the country.

Ferrell met Carnesale while working for Glenn L. Martin Company (now Martin Marietta Corporation). Carnesale had worked there for a couple of years after earning his bachelor’s degree in mechanical engineering at New York City’s Cooper Union (1957) and his master’s degree in engineering from Philadelphia’s Drexel (1961).

“I had no intention of beginning an academic career,” Carnesale says. “I wanted to work as an engineer. Then my boss at Martin, James K. Ferrell, went back to NC State as a chemical engineering professor and when I began to think about going back to school, I called him for advice.

“Not only did I get a position in the nuclear engineering department, Dr. Ferrell became my mentor and my thesis advisor.”

Carnesale came to Raleigh to join the engineering faculty and to pursue a Ph.D. in nuclear engineering under the guiding hand of former Oak Ridge Laboratory engineers like Raymond Murray, who led NC State’s nuclear engineering program and physics department at the time. Along the way, he became one of the more popular associate professors on campus, winning NC State’s Alumni Award for Outstanding Teaching and earning a place in the Academy of Outstanding Teachers.

Ahead of the Curve

At the height of the Cold War, Carnesale developed an interest in public policy, applying for a White House fellowship at the suggestion of then-chancellor John T. Caldwell. He didn’t get the fellowship, but he became engaged in research about nuclear disarmament.

He eventually accepted a job in Washington as the chief of the defensive weapons systems division of the U.S. Arms Control and Disarmament Agency’s Science and Technology Bureau. He was an advisor for the Strategic Arms Limitation Talks (SALT I) with the Soviet Union from 1970-72 and he led the U.S. delegation to the International Nuclear Fuel Cycle Evaluation, a 66-country study of the relationship between civilian nuclear power and the proliferation of nuclear weapons.

“I found out that I was pretty good at the policy stuff,” Carnesale says with a laugh.

“NC State was way ahead of the curve on that,” Carnesale says.

He was here long enough to see the most accomplished basketball team of a generation, meeting All-America player David Thompson as the Wolfpack unseated seven-time champion UCLA in the semifinals and then beat Marquette in Greensboro to win the school’s first national championship in a team sport.

“I sure remember going to watch him and that team play during that time,” Carnesale says. “What a player he was.”

Shortly afterward, he was recruited to join the academic administration at Harvard, where he was a professor of public policy and administration (1974-81), academic dean (1981-91) and dean (1991-95) of the John F. Kennedy School of Government and university provost (1994-97) for nearly a quarter-century. For a time in 1997, he served as acting president of the private university.

While at Harvard, he was a key factor in restructuring the Kennedy School to save it from financial distress and a leader in a $2.1 billion capital campaign for the university.

In 1997, Carnesale was named Chancellor at UCLA, with a mission to bridge the public-private education divide, to provide affordable education for California students during a time of soaring costs and diminishing state appropriations and to save the overall diversity of the UCLA campus during the earliest days of California’s Proposition 209, which prohibited state schools from giving preference in admissions based on race and ethnicity.

“It’s crucial for the country to have first-rate instruction because the vast majority of university students go to public institutions. I liked the idea of taking some of the things I had to learn from my previous experience at a public university, NC State, and then at a private university at Harvard and see what of that might I bring to UCLA.”

Carnesale held the position at UCLA until June 30, 2006, after which he again served as a professor of public policy and mechanical and aerospace engineering until his retirement in 2015.

He and his wife retired to Southern California. They haven’t decided yet if they will attend the Dec. 28 Holiday Bowl, when two of his former employers, NC State and UCLA, meet in a postseason football game.