NC State’s 2014 first-year engineering class includes the highest percentage of female students in university history — nearly 25 percent — which is an increase from 18 percent five years ago and 14 percent 10 years ago.

In addition to having the most female students, the incoming first-year class is also the largest and most accomplished engineering class in NC State’s history. The class’ average math and critical reading SAT score is more than 1300 and the average ACT score is above 30.

This year’s first-year population of female engineers sets NC State well ahead of the national average, in which females accounted for 19.1 percent of engineering enrollees in 2013, according to the American Society for Engineering Education (ASEE).

There is still a way to go to reach the desired population balance, says Dr. Laura Bottomley, director of NC State’s Women in Engineering program. But NC State’s progress is the result of a concerted effort to recruit more women to the discipline while providing them the encouragement, support and opportunity to succeed as engineers.

To Bottomley and others working to increase opportunities for women in engineering, success ultimately means that women earn their bachelor’s degrees in an engineering discipline and then earn graduate engineering degrees or enter the workforce as engineers.

“Engineers are not always the best communicators,” Bottomley said. “Part of attracting more women to engineering is communicating what engineering really is. That means talking about the impacts of engineering and how engineers make a real difference in the world. It is not all about fast cars and tall buildings.”

This sea change in communicating about engineering stemmed partially from the National Academy of Engineering’s 2008 “Changing the Conversation” report, which recommended a renewed emphasis on engineers’ creativity and concern for human welfare, rather than focusing on the need for strong math and science skills or a field’s career potential.

“We adopted many of those recommendations,” Bottomley said.

“The WISE Village includes students from five different NC State colleges and has shown incredibly positive results and impact,” Bottomley said. “Student retention rates are significantly higher than those of students who do not have this type of 24-hour support.”

The Women in Engineering program directed by Bottomley also provides peer and professional mentorship, social events and other resources for female engineering students.

This summer, for example, Women in Engineering held its Escape program, a weeklong opportunity for incoming female engineers to meet female faculty as well as female engineers out in the “real world.” Female engineers from Centennial Campus partner ABB, an automation technology company, provided mentorship for the students.

“It’s another great opportunity for students to find out what engineering really is,” Bottomley said.

Also important to the effort, Bottomley adds, is a diverse faculty. Nationally, women comprised 14 percent of tenured and tenure-track engineering faculty in 2012, which was an increase from around 9 percent in 2002, according to the ASEE. At NC State, women represented about 17 percent of tenured and tenure-track faculty in 2013. Female faculty and teaching assistant role models can play a major role in the success of female students.

“Dean Martin-Vega has made hiring a diverse faculty one of his main priorities,” Bottomley said.

Madison Baldwin is a Goodnight Scholar and first-year engineering student from Fletcher, North Carolina. Baldwin learned a lot about NC State through her longstanding work in the 4-H program, but she selected NC State over other serious contenders, including the University of Notre Dame, because of the Goodnight Scholarship and because of NC State’s “programs that allow you to receive specialized attention.”

That’s high praise, indeed, for programs like Women in Engineering and the opportunities they afford students.

Where does NC State’s female engineering population go from here? Bottomley says she can foresee a time — and a not too distant one, at that — when women could easily comprise one-third of an entering first-year class.

“It’s clear that women are equally qualified to complete an engineering program,” she said.
Likening the increase in women engineers at NC State to a gradually shifting sand dune, Bottomley says that — despite the conversation change, the difference-making programs and the increased opportunities to be mentored by a woman — perhaps the biggest change over the years has come from within.

“We acknowledge that you don’t get these types of results by changing women. We get them by changing NC State.”

Class of 2020 Celebrates In Person 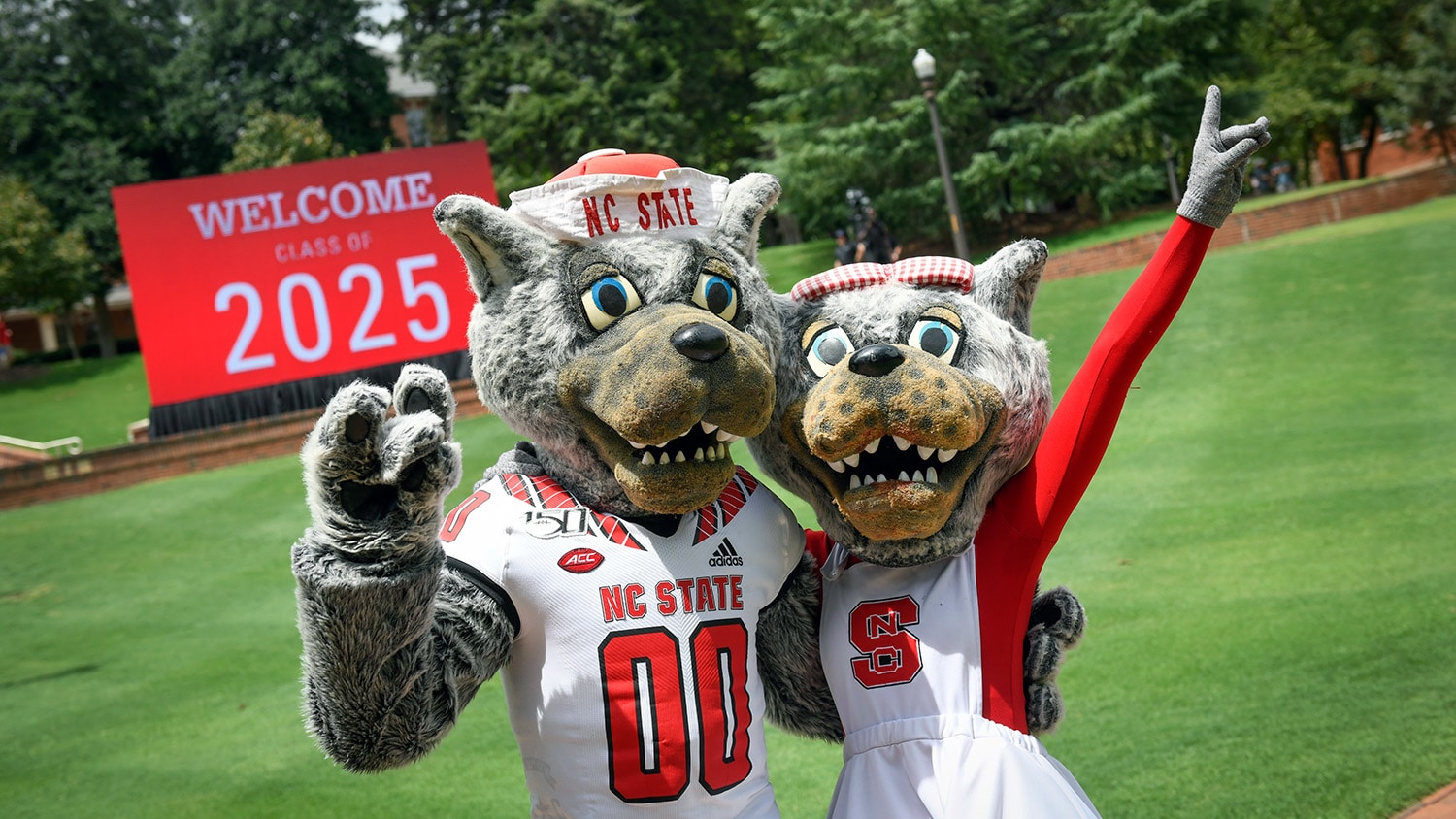 Meet the Incoming Class: By the Numbers