Ana Sofia Uzsoy’s passion for learning is taking her to Cambridge University on one of the U.S.'s most prestigious scholarships.

During her time at NC State, Ana Sofia Uzsoy has stepped outside the boundaries of her comfort zone over and over again, whether it’s trying new foods, starting a workout routine, taking a modern dance class with no prior experience, or interning at NASA and Google.

This year brings her biggest and most exciting step yet, as she leaves Raleigh to begin her graduate study at Cambridge University as NC State’s third-ever Churchill Scholar.

With the award, Uzsoy, a computer science and physics major and Park Scholar, will study machine learning and machine intelligence this fall at one of the United Kingdom’s — and the world’s — top universities.

In true pandemic-era fashion, Uzsoy was on a Zoom call when she received the email notification about her award.

“I didn’t think I would get the award, so I couldn’t believe it when I read the email,” she said. “It’s really, really exciting.”

The Churchill Scholarship was set up at the request of Sir Winston Churchill to fulfill his vision of scientific exchange between the U.S. and the U.K. with the goal of advancing science and technology on both sides of the Atlantic, helping to ensure our future prosperity and security. Uzsoy was one of only 17 recipients this year of the scholarship, which covers full tuition, a stipend, travel costs and the chance to apply for a special research grant.

Machine learning, or helping computers learn from data so that they can eventually make independent decisions, appeals to Uzsoy because she loves to understand what’s below the surface.

“I’ve always been interested in how things work, especially on a mathematical scale,” Uzsoy said. “I think I like physics so much because it helps me understand the world around me.”

In her study at Cambridge — and later, as she pursues a Ph.D. — she hopes to combine machine learning with another of her passions, astrophysics. “A lot of data comes in from telescopes, and machine learning can help parse the data and find anomalies that humans might not be able to notice, leading to discoveries like new exoplanets,” Uzsoy said.

Since the first semester of her freshman year, she’s been feeding her passion for learning as a researcher in the lab of Mary Elting, an assistant professor of physics who, like Uzsoy, was also once a Park Scholar. This hands-on experience has proven invaluable.

“NC State has so many opportunities for undergraduate research,” Uzsoy said. “Being able to get involved with research so early has been really critical to my learning and preparing me to apply for competitive scholarships.” 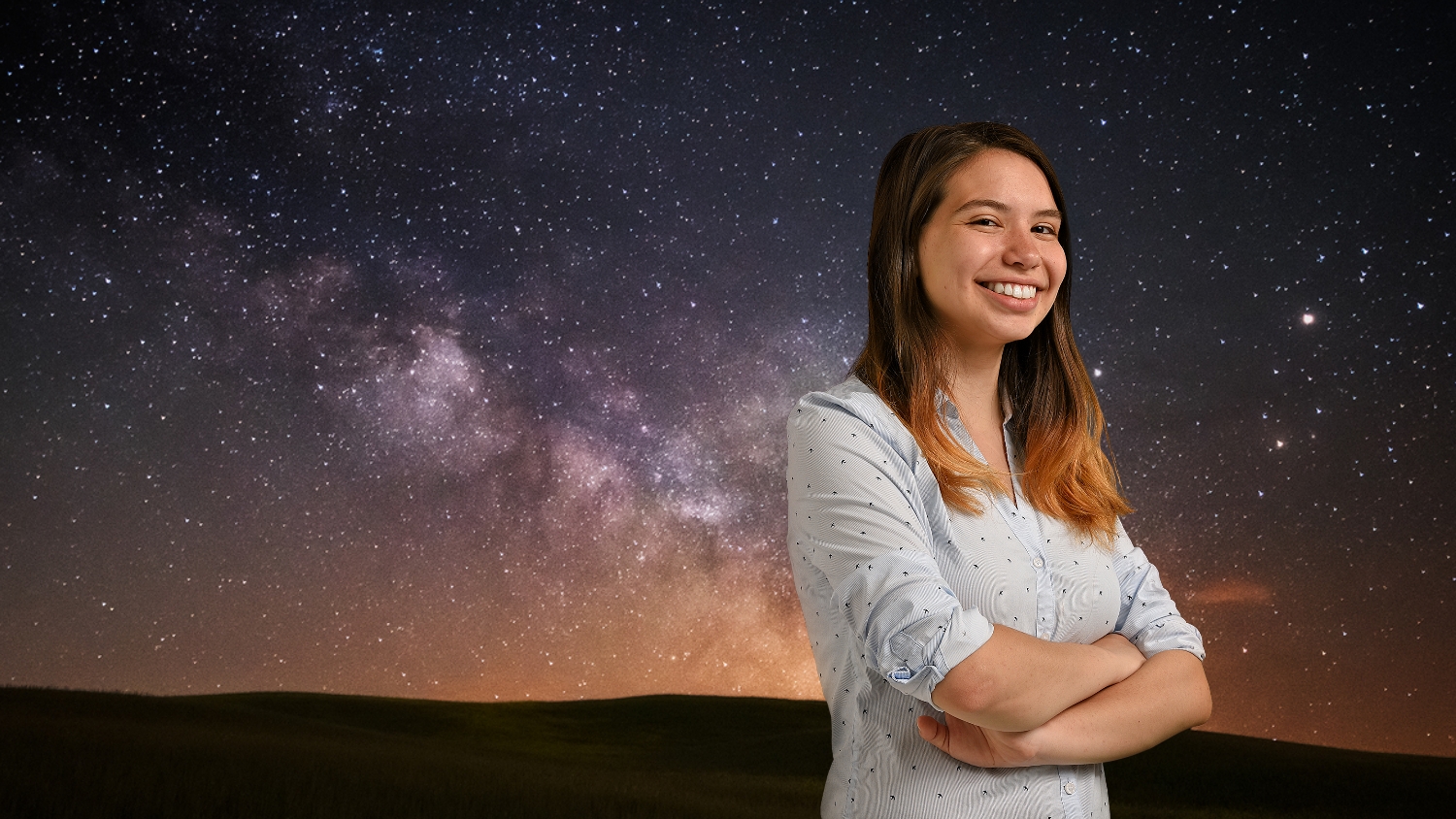 Learn more about Uzsoy’s research — and her path to NC State — in this 2019 profile.

Her fervor for learning has also led her to more artistic pursuits, including a minor in oboe performance. She started playing in high school and became interested in music quickly. At NC State, she has played in several campus music groups, including a small chamber group that once opened for the North Carolina Symphony.

“It’s a good escape from my classes, but it also takes a lot of work and practice,” Uzsoy said. “I enjoy getting really deep into a topic, and once I’m interested in something, I give it 110%.”

A Foundation for the Future

As she looks toward her graduation in May, Uzsoy is grateful for her experience at NC State and the people who have shaped her time here. These include her faculty mentors and the staff in the University Fellowships Office, all of whom helped her navigate the complex Churchill application process.

“So many people have dedicated so much time and effort to my success, and I don’t know that I would have gotten that level of support somewhere else,” she said.

This support started before she even arrived at NC State, thanks to her Park Scholarship.

“The Park program has given me so much,” Uzsoy said. “Just not having to worry about the financial aspect of things has allowed me to devote all my time to developing myself and finding my career path.” 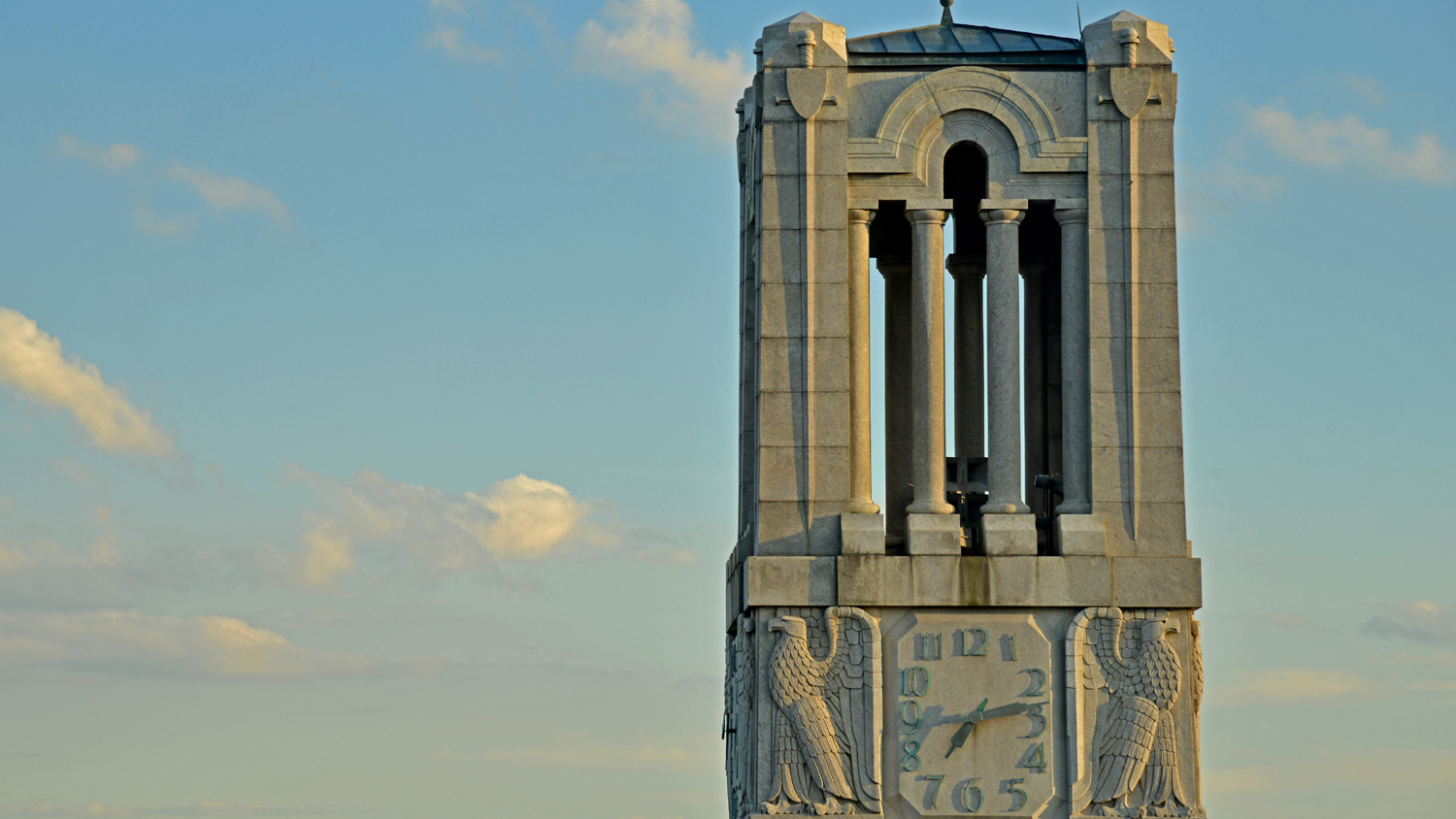 In its 25th year, the Park Scholarships program brings exceptional students to NC State and prepares them for lifelong contributions to the university, state, nation and world.

She’s also enjoyed the community of her peers in the Women in Physics club, which she’s president of this year. “We’ve been online this academic year, but we’ve still been able to have weekly game sessions and bring in successful women who studied physics to speak to us about their journeys,” Uzsoy said. “It helps to have a supportive community of women who can normalize some of the feelings like imposter syndrome and other stress that women in STEM fields can face.”

Armed with many new discoveries about the world and herself, Uzsoy is ready to start a new adventure across the pond.

“It will be interesting to have the experience of being a foreigner somewhere, but I’ve learned a lot of good can come from being in uncomfortable situations,” she said. “I’m excited to adapt to a new place and meet new people from all over the world.”

That isn’t something she might have said four years ago. “I think about how much I’ve changed from when I came in as a freshman,” she said. “I’ve grown a lot as a person and learned how to balance academics with other interests and experiences.”

For more information on how NC State helps students apply for a wide variety of prestigious fellowships, visit the University Fellowships Office.