Race, Politics, and Neighborhood Schools: What You Can Learn From a School Board Election

Local school board elections can be sleepy affairs, but the past decade saw heated debate over elections to the Wake County Board of Education in North Carolina – a debate that raised issues of race, social ties, and what K-12 schools should do in order to best serve their students.

The debate centered on how the board determined which school a child would attend, with arguments focusing on the importance of diversity and “neighborhood schools.”

Two NC State researchers viewed the furor over the Wake County Board of Education as an opportunity to explore the issues at the heart of the debate. In 2010, the researchers – sociologist Toby Parcel and political scientist Andy Taylor – began studying attitudes and policies related to the debate. The book that stemmed from that work, The End of Consensus: Diversity, Neighborhoods, and the Politics of Public School Assignments, was published April 20.

We talked with Parcel and Taylor about what they learned.

The Abstract: Which of you first wanted to write a book about Wake County schools?

Toby Parcel: In October 2009, Wake County’s liberal and largely Democratic school board was replaced by a more conservative and Republican-dominated board. Newly elected board members had campaigned on a platform of assigning children to neighborhood schools, a policy that would set aside years of reliance on a strategy that successfully mixed schools by family income. By early 2010, they did, in fact, change the policy.

The campaign for that election was in the news constantly. Candidates spent thousands of dollars on their campaigns. In contrast, in most communities, school board elections are low-key, typically not attracting significant public attention.

I was intrigued by all of this. People seemed to be concerned that valuable social ties between families and schools were being disrupted when children were reassigned from one Wake school to another, independent of promotions to middle and high school. They were protesting assignments to year-round schools, which also appeared to disrupt valuable social ties and cause headaches for families. People were worried that children were bused to schools too far from home, and that too much emphasis was being placed on school assignments designed to create socioeconomic diversity.

As a scholar who had studied families, schools and child well-being, I began to wonder why these events had occurred, and what more I could learn by studying the situation further.

TA: Why did you decide to partner with a political scientist on the book?

Parcel: Disruption of social ties between families and schools was something I could understand. But I was puzzled as to why this school board election had become so political. I knew Andy Taylor had strong expertise in Republican politics, and I knew he and I shared a common approach to social science, one rooted in rigorous empirical observation. Early in 2010 we began discussing why we thought Wake’s school assignment policy had changed, and how we might go about learning more. I believe our book is stronger because we have brought different perspectives to bear on the issues and because we have used both our similarities and our differences as scholars to understand the case.

TA: How did you divide the writing duties?

Andy Taylor: Not cleanly, although we did play to our strengths. Toby has done a tremendous amount of work on social capital and family dynamics and spent a lot of time researching school districts across the country. I’d lived in Wake County longer and obviously had more of a background in local politics. That meant it made sense to have her lead on some chapters and me others. But we were both closely involved in data collection and constantly revising each other’s contributions. We were fully aware of our different disciplinary backgrounds and took care to bring our disparate approaches together seamlessly.

TA: Your book is titled The End of Consensus. What was this consensus and what factors contributed to its demise? 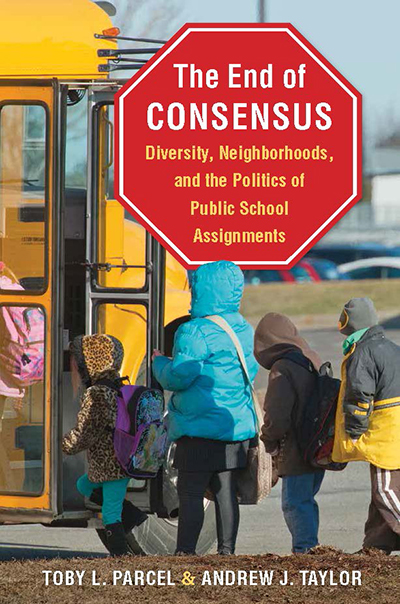 Taylor: Broadly defined, the consensus among Wake County residents was that the school system was pretty good and that the policies adopted by the school board were generating positive results. But as we moved into the 2000s things began to change.

Much attention was paid to the general assignment policy that placed children in schools so as to achieve a certain racial mix or, after 2000 when policymakers feared such an approach would not withstand anticipated legal challenges, socioeconomic composition. The policy was certainly becoming increasingly unpopular and was a central feature of the campaigns during the 2009 school board election that demonstrated consensus had evaporated.

However, there were other issues that split the county’s residents and turned a significant proportion of them against the status quo. Tremendous population growth had necessitated an ad hoc annual reassignment policy that moved students involuntarily to different schools in a complicated and opaque process that was broadly vilified. De facto mandatory year-round schools also brought discontent in some quarters. And by the early 1990s the county had a functioning and organized Republican Party. The GOP began to recruit candidates and take formal positions against what was essentially a Democrat-controlled board.

TA: Many have described the story of Wake County student assignments as being a conflict between diversity and neighborhood schools approaches. What does your work show about this?

Taylor: Although local media coverage frequently discussed preferences for neighborhood schools and the diversity policy as polar opposites, we found something else.

We found that most people favored neighborhood schools, but that a subset was also very committed to diversity. We think this is because the notion of neighborhood schools is very well ingrained in American life, and that many who are adults in Raleigh now attended such schools when young. Among this group, however, there are also many who value Wake’s efforts to mix public schools by socioeconomic status.

In particular, we found that women were more likely than men to worry about the challenge of reassignments, the dangers to children’s learning and friendships, and the uncertainty that reassignment entailed. Women were also more pro-diversity than men, although they did not differ from men in their support for neighborhood schools.

TA: The book explores the subject of social capital in detail. What is “social capital,” and what role does it play in the context of school assignment in general and Wake County in particular?

Parcel: Social capital refers to social ties that bind people together. These relationships facilitate social life by supporting the socialization of children, by integrating newcomers in our communities, and by helping people find jobs. Both sociologists and political scientists have used this concept, so Andy and I were fortunate that we had this perspective in common.

In the case of Wake County, we saw social capital as operating in several ways. People seemed to be upset when children were transferred from one school to another prior to promotion to middle or high school. We reasoned that many people expect neighborhood schools to be a vehicle for bringing them and their children into enduring relationships with other families, teachers and school leadership. But we thought this would be especially true for those who had weaker ties generally. This would include those who were members of few local organizations, who were relatively new to Raleigh, who had long work hours and long work commutes, leaving them little time to develop strong networks. We thought these individuals would be especially likely to favor neighborhood schools, as would people who distrusted local government generally. By contrast, those with richer social ties to the community should be more likely to tolerate the costs of student reassignments, given that they had other methods for building social capital in their lives. Our research supports a number of these expectations.

TA: Has the experience of Wake County schools over the past couple of decades been unique? Have other school systems experienced similar challenges and changes?

Parcel: We compared Wake County to other large urban school districts, as well as some smaller ones, to see if the dynamics of policy change we found in Wake were common across the country.

We found that Wake is the largest school district in the county to sustain a school desegregation policy for as long as it did. It shares some similarities with Montgomery County, MD, and with Gwinnett County, GA, in terms of school integration. However, Montgomery County has relied on housing policy to promote school integration and currently is re-segregating, and Gwinnett County stresses educational excellence and achievement without an explicit integration policy. Charlotte-Mecklenburg schools, with which Wake is often compared, began re-segregating during the 1990s and is notably segregated today.

In addition, we set the record straight regarding important historical events. For example, Raleigh is relatively unique among large Southern school districts in that it was never under a court order to desegregate. Many people do not realize that.

TA: What does the future hold for Wake County public schools?

Taylor: The 2013 elections returned the school board firmly back into Democratic hands. To the extent that the 2011 and 2013 elections were a mandate on the general assignment policy, they demonstrate greater support for diversity than the neighborhood schools model. Interestingly, however, we show that, despite changes in party control, the magnitude of policy change across school boards has been much less than the vitriolic and polarized debate would suggest.
Our research has shown that schools districts that are disproportionately poor cannot implement policies that mix schools by family income, regardless of citizen sentiment around that issue. Toby and I agree that it is vital for middle-class families to be invested in public schools’ success. How to motivate that investment is a tougher question. 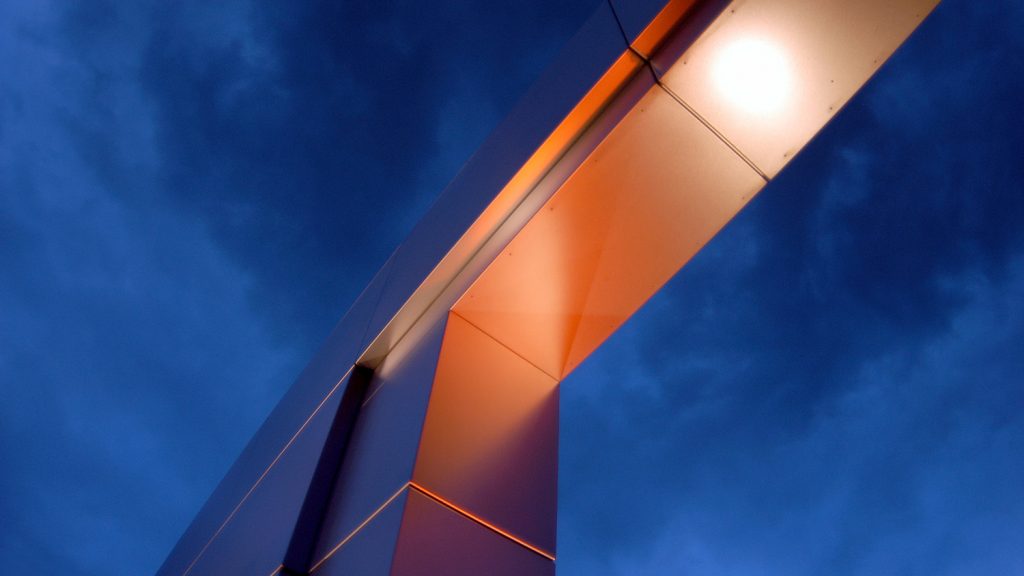 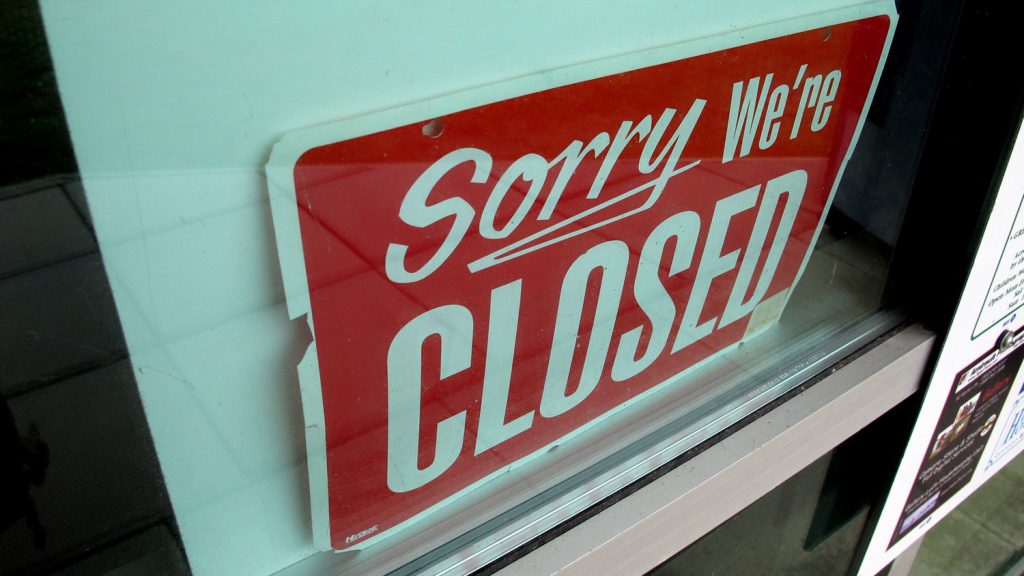