Who would have thought that the mitt used by the visiting first baseman that April afternoon in 1948 at Riddick Stadium would spend four years in the bottom drawer of the president’s desk inside the Oval Office?

Nobody, of course, but all who knew George Herbert Walker Bush—World War II aviator, baseball lover, extraordinary student, 41st president of the United States—thought he had a good chance to be successful in life. Bush, who lived longer than any former U.S. President, died Friday at the age of 94.

Bush spent the entire spring break of his senior season at Yale in the Triangle, playing baseball against North Carolina, NC State, Wake Forest and Duke. Yale had just hired former NC State and Wake Forest assistant coach Herman Hickman as its football coach, so there were some athletic ties that brought Yale’s diamond squad on its season-opening Southern swing.

Bush and his Eli teammates were the defending NCAA runners-up, having advanced to the first-ever College World Series in 1947 in Kalamazoo, Michigan. They opened their 1948 season on April 2 with a Southern swing, starting with a game against the Tar Heels in Southern Pines. The Eli seemed to be off to a comfortable start to the season, but blew a two-run lead late in the game, allowing the home team to tie the score at 7-7.

UNC then decided it was too dark to play any longer, and the season-opener was recorded as a tie.

The next day, Bush and his teammates traveled to Raleigh to face Vic Sorrell’s newly christened Wolfpack, a nickname assumed by all NC State athletics teams the previous fall. The Yalies got off to a great start against nervous pitcher John Foster, a freshman making his first college start.

In front of 1,300 fans in the Riddick Stadium grandstands, Foster walked the first three Yale batters and hit the fourth. He was relieved in favor of senior John Holding, who retired two of the first three batters he faced, but gave up a bases-cleaning double to the future president.

In all, the Wolfpack gave up five runs in that initial frame. Bush added a single, a stolen base and a triple in the 9-6 victory and was lauded in the News & Observer the next day for as “Yale’s husky first sacker” who contributed three hits and three runs batted in.

The next day, Yale faced Wake Forest freshman pitcher Harry Nicholas, who struck out 11 batters. Nicholas entered the game as a controversial figure, having signed with the New York Yankees out of high school. His contract, however, was voided by major league commissioner A.B. “Happy” Chandler, and the Yankees were fined $500 for signing a player who had not yet graduated high school.

Nicholas overwhelmed Bush and the Yalies until the eighth inning when the Eli loaded the bases. Nicholas then struck out two and got a third to pop up to end the inning and held on for a 2-0 win.

Later that season—on June 5, 1948—Bush shook hands with New York Yankees outfielder Babe Ruth, as the legendary slugger donated the manuscript of his book “The Babe Ruth Story” to the Yale Library.

Bush and his teammates returned to the World Series a few weeks later, looking to avenge their two-game sweep against California the year before. Yale faced Southern Cal, splitting the first two games. The Trojans won the decisive third game 9-2, despite a run-scoring double by Bush.

The former college baseball player, who kept his glove in his White House desk to remember his baseball career, was not done with NC State. He returned as president on Feb. 2, 1990, for a private tour of campus, which included stops at three Cox Hall physics labs.

He later joined a group of five top U.S. microelectronic firms for a roundtable discussion. 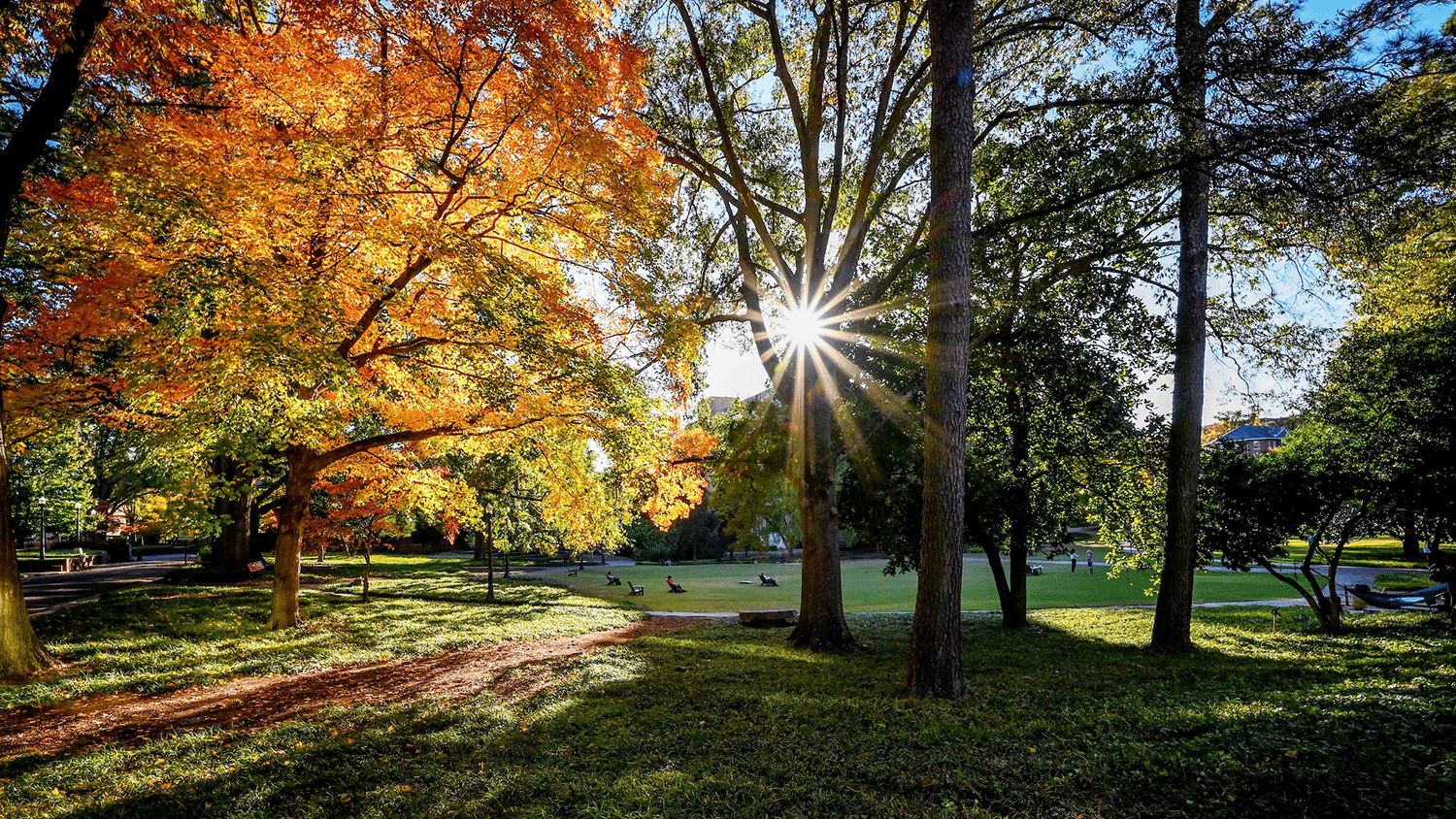