Originally formed to connect members to their alma mater, the Black Alumni Society has grown into a tight-knit group linking past, present and future Black NC State students.

Ask any member of the Black Alumni Society (BAS), and they’ll tell you the same thing. They’re more than an organization. They’re family.

Established in 1979 by Elwood and Diane Becton ’73, the Black Alumni Group originally functioned as an independent organization that served in partnership with the NC State Alumni Association.

“Their primary focus was really to ensure that Black alums at NC State had an equal voice to other constituency groups,” said Samantha Warren ’12, the current president of BAS.

The group managed its own fundraising for scholarships, programs and yearly budgets until NC State adopted the University Advancement model in 1993.

In 1996, the Alumni Association established the name “societies” for its affiliate groups, and the Black Alumni Group became the Black Alumni Society. Today, the executive board is located in Raleigh and oversees chapters across the country. 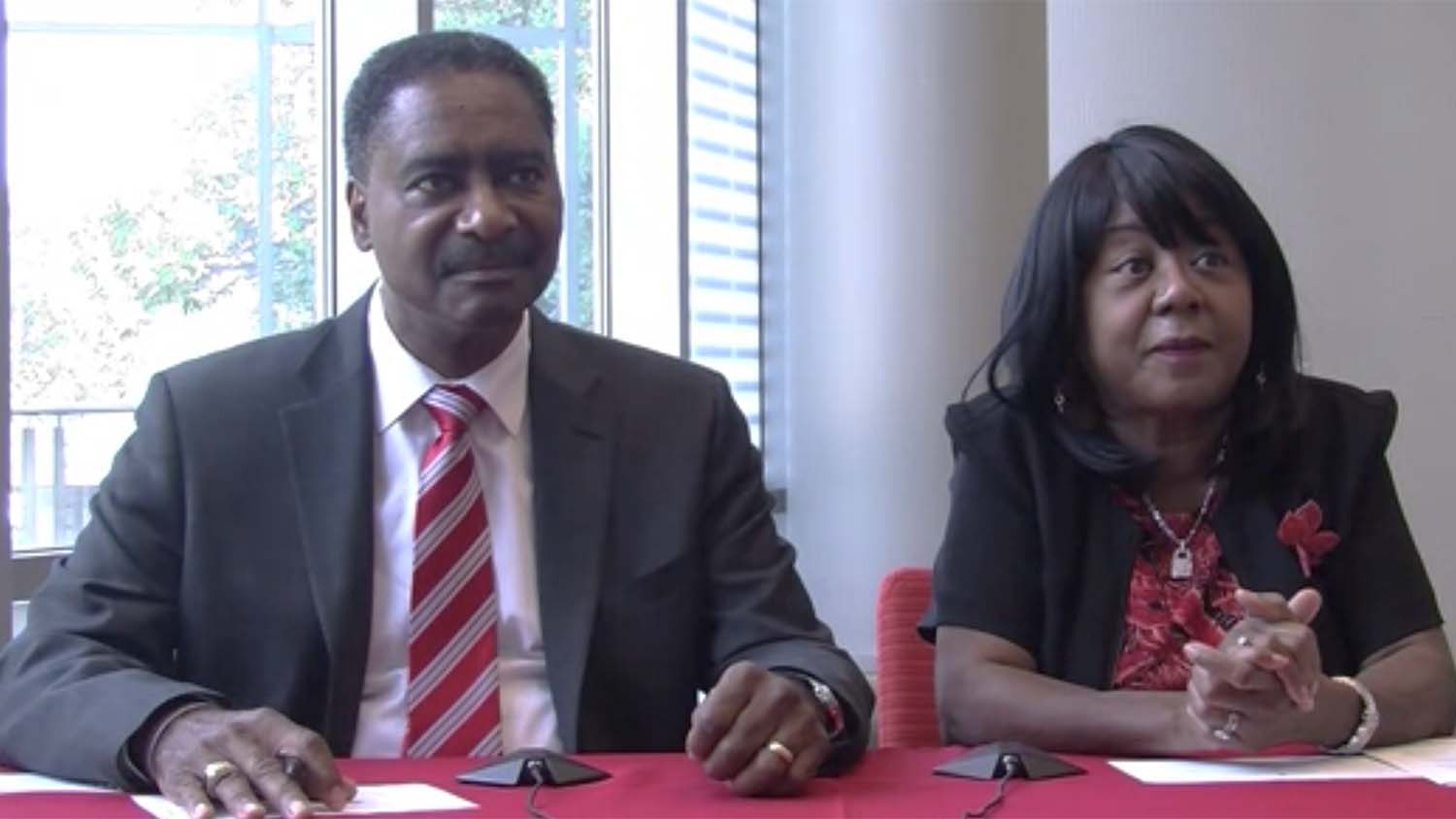 The founders of the Black Alumni Society sat down with University Libraries to discuss their experiences at NC State in the 1960s and ’70s.

The society has cultivated a tight-knit community of alums who support each other, support their alma mater and support current Black NC State students through programming, events and fundraising. It also aims to increase the number of undergraduate and graduate scholarships for Black students and to support wider membership efforts of the Alumni Association.

Most importantly, the group offers an avenue for Black alumni to stay connected to their Wolfpack no matter where life takes them.

The society now boasts around 15,000 members, with active chapters in Atlanta, Virginia, Maryland and Washington, D.C. The group is also working to expand to other places with engaged alums, such as New York, New Jersey, South Carolina and Chicago.

Following its 1979 founding, the first major evolution of the Black Alumni Society began at a fraternity event. In the 1980s, the society was mostly made up of alums from the 1970s. Members of Alpha Phi Alpha and Delta Sigma Theta formed a group called the Greeks that held get-togethers before BAS functions. After realizing that the fraternity events pulled in four to five times more attendees, they decided to combine their efforts. Stephanie Cogdell ’92, the leader of the Greeks group, became president of the society.

Gradually, Wilder started seeing more of his contemporaries and younger alums at the society’s events.

“It just snowballed into a wonderful thing,” he said.

Homecoming has blossomed into the society’s largest event, with between 500 and 600 people attending. Members from far and wide return to campus for what’s now a multi-day celebration. BASFest, a pregame tailgate party held at the North Carolina State Fairgrounds, has become a signature event in the Red and White Week lineup.

The festivities give society members the opportunity to reconnect with their contemporaries and the younger generations of NC State alums.

“Homecoming is like a family reunion,” said Wilder. “We have the shared experience of being students at NC State and being minority students at a predominantly white university. Because we have those shared experiences, we understand what it took to graduate as an African American student there. We share a kinship.”

Beyond the festivities, BAS members see the organization as an opportunity to foster a sense of support and community for the next generation of Black students at NC State.

“What we’re doing is pouring into the next generation of scholars, to break down some potential barriers to their access of education and to also, quite frankly, make their experience easier,” said Warren.

“We’re just hoping that will be a cycle that continues, that the next generation has a great experience, strong sense of community and belonging, and they’ll continue to pass the torch for the Black Alumni Society.”

What we’re doing is pouring into the next generation of scholars to, quite frankly, make their experience easier.

Many members have fond memories of faculty and staff that made an impact on them during their time at NC State and beyond, including Toni “Mama” Thorpe, retired program coordinator of the African American Cultural Center, and late faculty members Augustus McIver Witherspoon, Lawrence M. Clark and Thomas E.H. Conway, Jr.

They credit these figures with contributing to their personal and academic success.

“[Witherspoon, Clark and Conway were] individuals that would call you out,” said Johnny Chapman ’85. “One of the things they really talked about was when you see another Black student walking around campus, you make sure you connect with them.”

Knowing that NC State had prominent Black leaders was a determining factor for Cogdell in her decision to attend NC State. After meeting pioneers like Witherspoon, Clark and Conway at a summer leadership institute for minority youth, she knew she wanted to be at NC State.

She recalls the faculty members encouraging her to take an African American studies course every year to ensure that she stayed connected with other Black students.

“They were the people who said, ‘Okay, you’re not smiling today. What’s happening?’” said Simpson, who works as senior director of TRIO programs at NC State. “They were able to pull us to the side and say, ‘I am, therefore, you are. If I’m thriving, then that means you’re thriving.’ I think that has led me into my career choice of working in higher education.”

The society wants to ensure that current and future Black students at NC State feel similarly supported — and have access to even greater opportunities.

“I’m at the age where all my friends’ children are applying, so it’s good to be able to be a resource to help them to navigate the application process,” said Cogdell.

I’m at the age where all my friends’ children are applying, so it’s good to be able to be a resource to help them to navigate the application process.

The society also supports the African American Cultural Center’s endowment and programming to connect with students during their time at NC State. Each year, the society holds a pinning ceremony at the Ebony Harlem Awards of Excellence for graduating Black seniors.

Simpson finds the event particularly meaningful. “Being able to do that is an exciting piece about this continuum. We are preparing the next generation of alumni,” she said. “It provides that space and opportunity for our students to see themselves taking the lead and finding their voice. We’re passing the baton to them.”

Wilder has seen the impact of the society within his own family. When his daughter started her journey at NC State, she benefitted from her already-strong ties to the university, which helped her secure a teaching assistant position in the College of Sciences. She graduated in May 2021 and is now a BAS member herself.

Listen to stories from Black Alumni Society members about their experiences as NC State students.

Wilder, a longtime BAS member, reminisces about a memorable night during Pan-Afrikan Week.

Cogdell recalls spending a weekend with her peers at a race awareness workshop led by C.T. Vivian.

Simpson reflects on the faculty and staff at NC State who inspired her to work in higher education.

A New Philosophy on Philanthropy

Seeing the opportunities that arise and the difference they’re able to make in students’ lives through the society has given the members a new outlook on philanthropy.

Wilder said being a member of the society helped him be more involved with the university than he would have been otherwise.

Whether they’re establishing new endowments, taking on leadership positions or donating more money, Wilder said he has seen society members take on more active roles in supporting the university over the years. 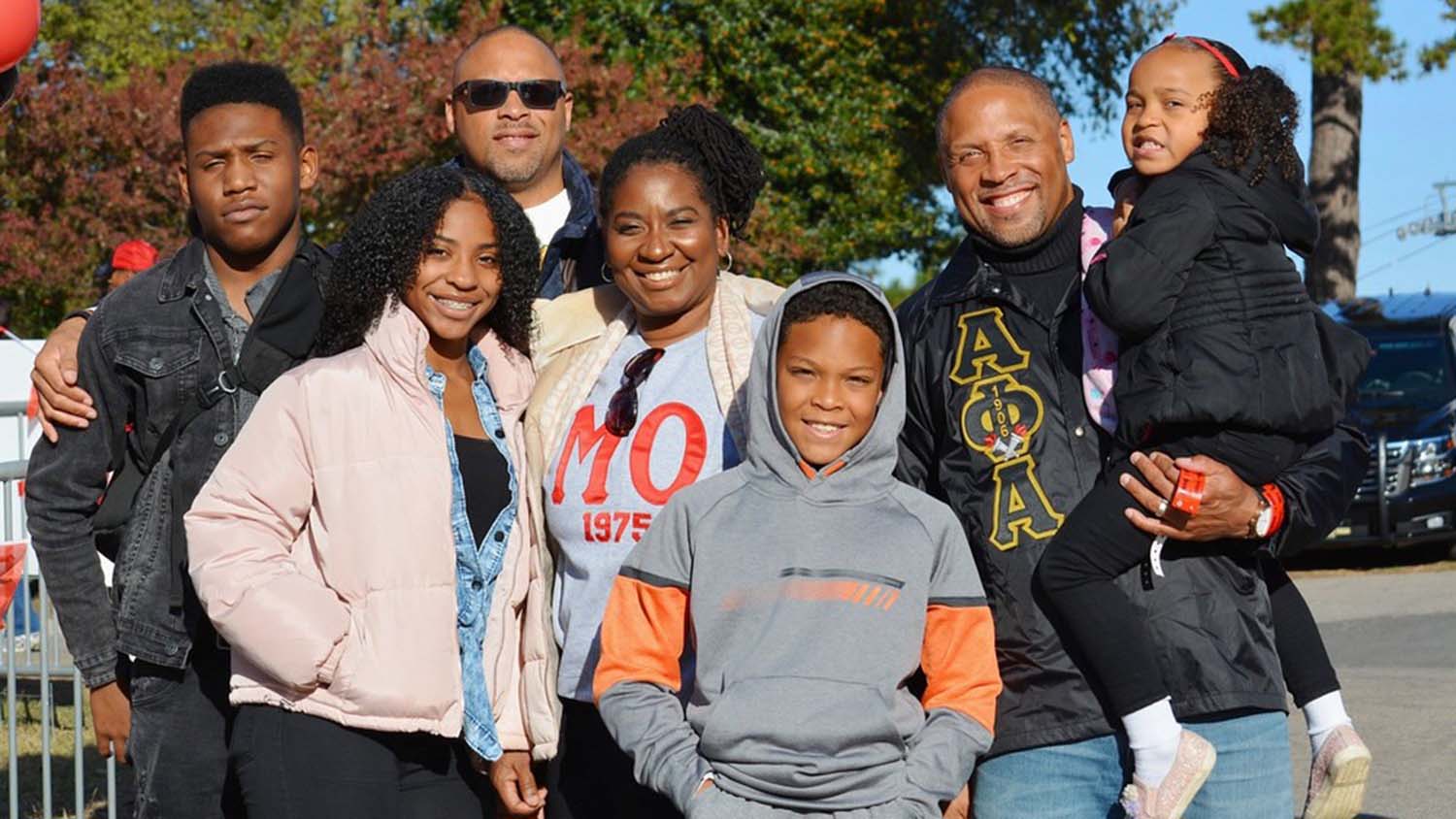 Make a difference for the next generation of Black students at our university by giving to the society’s three endowed scholarships.

Chapman serves on the Chancellor’s African American Community Advisory Council, which meets with the chancellor four times a year to advise him on initiatives and enrollments. He’s been named to the board of directors of the North Carolina Textile Foundation. This year, he was also on the Park Scholarship selection committee.

Simpson said she also has noticed a shift in the mentality that Black alums have on philanthropy in recent years.

“Our alumni are now positioned in other places, and possibly better places, where they can give back comfortably,” she said. “Our alumni are also changing their mindset. For those who aren’t used to giving, they are saying, ‘Wait a minute. It’s on me to do more, to provide a better experience for the students that are at this institution.’”

It’s on me to do more, to provide a better experience for the students that are at this institution.

The society hopes to encourage current and future generations to stay connected to the university and continue the legacy of giving back to its Black students and alums. 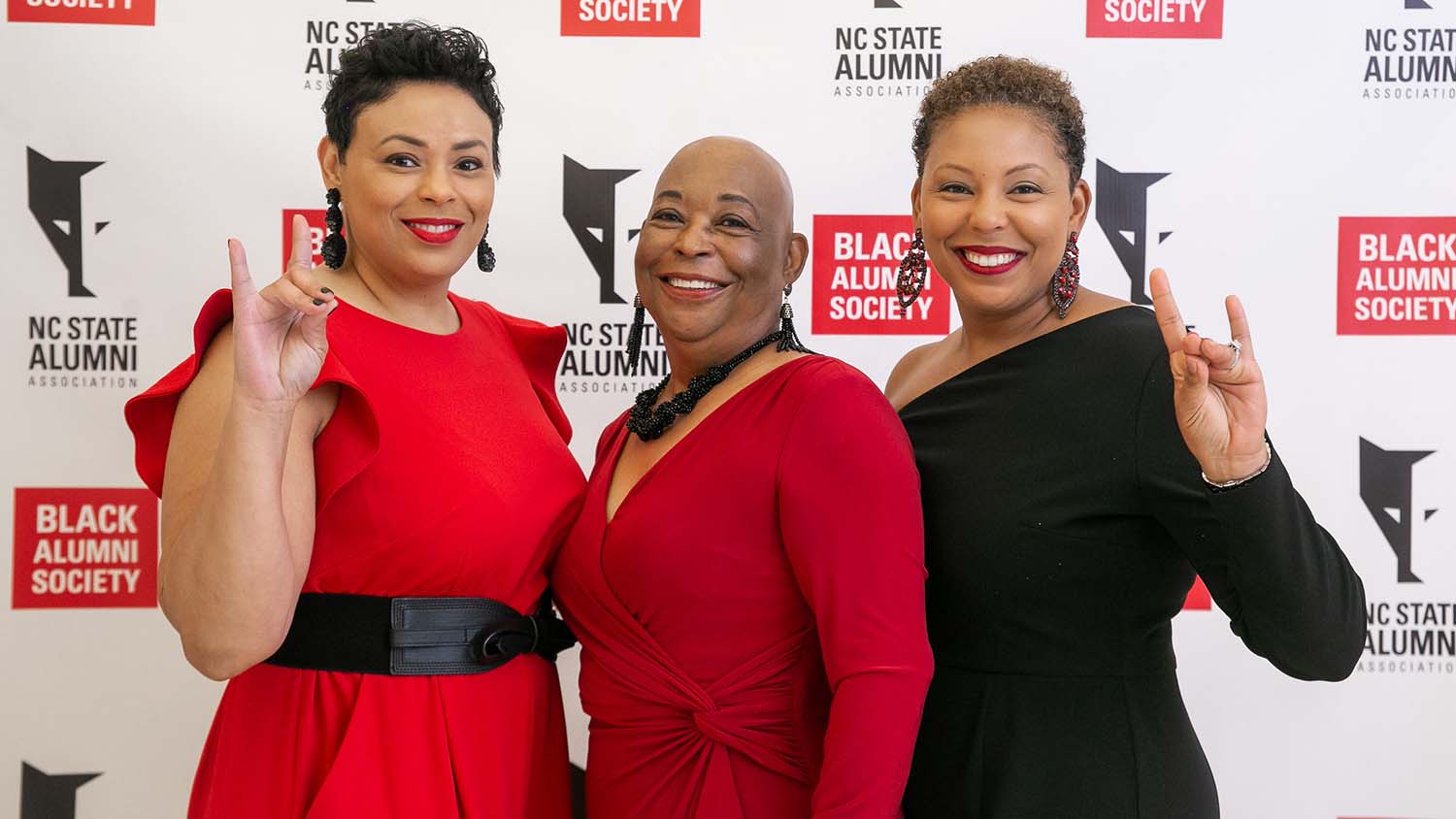 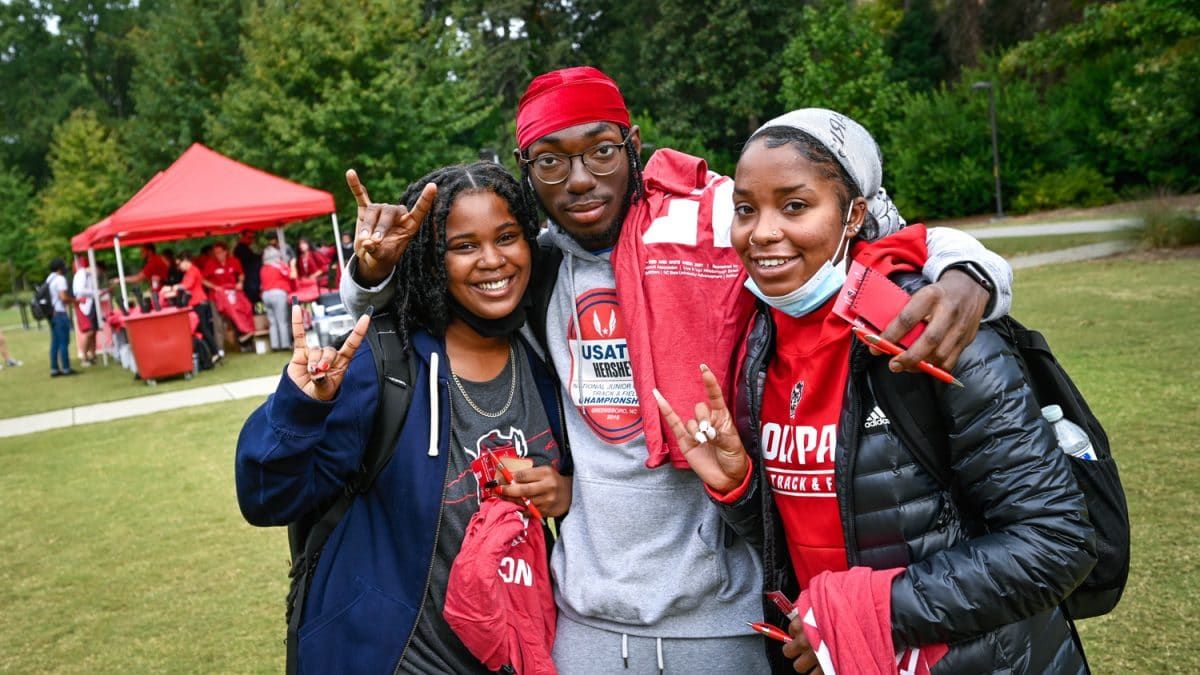 Join the campus community as we honor Black history, culture and achievement throughout February. 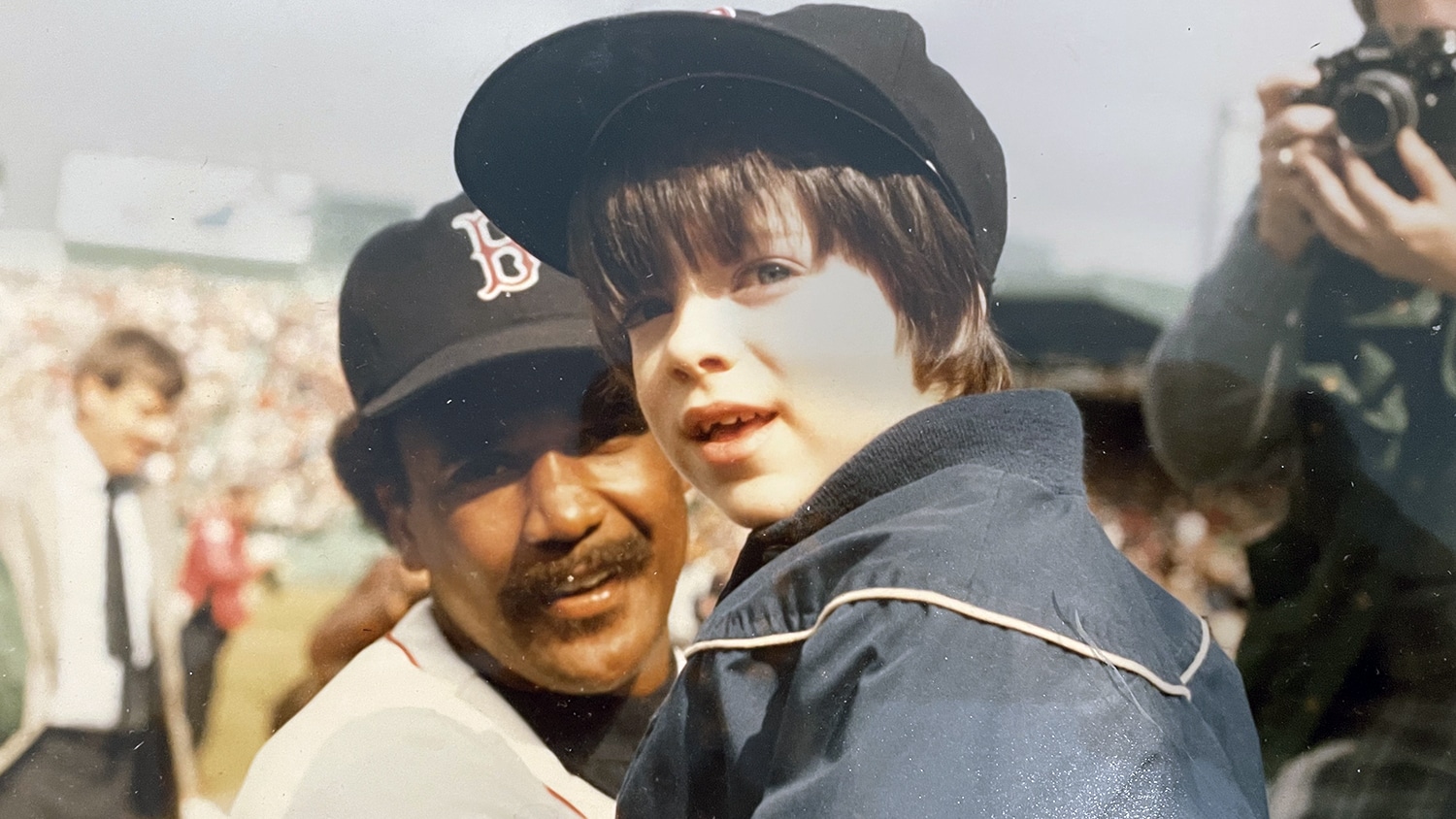