In May 2014, more than 5,200 new graduates received degrees from NC State. Their post-graduate work will create prosperity for North Carolina and the world, and the experience-based education they received here will prepare them well for the years ahead.

More than three-quarters of NC State grads go directly into graduate school or full-time careers. And those careers pay big dividends for the time, talent and energy they’ve spent here: In recent rankings, NC State has emerged as a leader in return on student investment and average graduate salary.

Meet five spring 2014 graduates who are moving on to exciting careers with major employers:

A Bike, A Chair, A Job at Coca-Cola

In early 2013, Sueki shared her portfolio with a Coca-Cola design manager. Several months later, solely on the strength of her work in the College of Design, Sueki got a full-time offer to start working in Coke’s marketing department before her last semester at NC State.

What sort of work gets an undergrad a job with Coke, with no interview and no application? For Sueki, it was a project that had consumed her for more than a year: the quest to design and build a bicycle that folds into a chair. The idea struck Sueki after seeing people outdoors, either riding their bikes with folding chairs strapped to their backs or sitting uncomfortably on their bike wheels at parks.

The bike began as a five-week project her junior year, but it became an 18-month (and counting) quest. After rounds and rounds of sketching, she realized she needed a hinge that didn’t exist. So she made it on a 3D printer. Sueki hasn’t made a bike prototype, but she’s still working toward realizing her vision.

“I don’t like to settle for a mediocre idea,” she said. “I would rather spend more time developing the idea than settle for something just because I have to turn it in.”

Brian Coffin, a biomedical and textile engineering major, got a head start on research as an undergrad. After graduating, he took his research experience and his degrees to work for Secant Group, a medical device manufacturer in Perkasie, Pa.

While research is more often an endeavor for graduate students, Coffin took advantage of NC State’s emphasis on undergraduate research. He worked with faculty on developing carbon nanotubes as a junior and on plant-based automotive parts during a summer internship in Germany.

As a senior, Coffin worked with faculty at the National Science Foundation ASSIST Center to create a portable gait monitor. The device would allow people recovering from a stroke or other trauma to remotely monitor their progress in regaining the ability to walk and transmit data to their medical team.

With that diverse portfolio of research experience, Coffin is working as a business development engineer at Secant. He’ll help turn technologies from inventors, small businesses and universities into products ready for the marketplace. That work — making solutions from good ideas — flows naturally from his efforts as an undergraduate.

“There has definitely been that drive at NC State: not just stopping with the idea, but making something of it,” Coffin said.

From a Passion to a Profession

For graduate Bethany Vohlers, statistics is more than an academic pursuit. It’s “an artistic form of math.”

“It’s my passion,” she said. “It gives me a reason to get up in the morning, as cheesy as that sounds.”

Since June, she’s been getting up in the morning and putting her statistics and computer science degrees to work at the SAS Institute in Cary. SAS, consistently rated one of the best companies to work for, was a second home for Vohlers during her NC State career. She held three internships there. Her late one was a position she conceived and proposed: she took massive datasets and optimized them for use in SAS’s visual analytics software.

NC State offered Vohlers opportunities to study across disciplines while still working in the broad field of analytics. That flexibility had a direct effect on her connecting with SAS. Vohlers said her double-major in statistics and computer science was the reason she got considered for the SAS position.

“It’s not so much about theory in statistics at NC State,” she said. “There’s a lot of application.”

A Deeper Approach to Design

“My undergrad was all about how we can make something look really, really good,” says Foose, who is graduating with a master’s in graphic design. “NC State’s worried about how you can make the experience great for the user. So it doesn’t just look pretty, it’s super-functional.”

With his master’s degree in hand, Foose is now working to make great user experiences for IBM. After interning with the company for a year, he joined its developerWorks program full-time. IBM is one of the largest employers of NC State graduates.

In his new role with IBM, Foose does some traditional graphic design — creating graphics and cleaning images that teach users about IBM products — and some user experience work, actually improving software and other products. The role marries two of Foose’s passions: education and design.

As a graduate student in the College of Design, Foose has worked on developing an iPad platform that would help rural students find possible career paths and choose the right colleges and universities to follow those routes. The design mirrors the look of Twitter, MTV and other entertainment channels popular with high school students. The content is based on his own research, which encompassed everything from analyzing data on rural disparities to visits to Greene Central High School in Snow Hill, N.C.

“It’s just a way of looking at the problem of how to have a student get an interest in something and follow through on it,” he said.

From Raleigh to Hogwarts

What college graduate wouldn’t want to celebrate with a post-commencement trip to a Florida theme park?

For Michelle Phillips, a mechanical engineering graduate, heading to Orlando after graduation entailed more than blowing off a little after-exams steam. She began a full-time job with Universal Creative in July to fulfill every kid’s dream: building amusement rides and animatronic features.

Phillips got an internship there last summer after attending a meeting of the American Society for Testing and Material F24 subcommittee, which oversees safety standards for all amusement rides and devices. As an intern, she worked on the new Wizarding World of Harry Potter Diagon Alley Expansion, the $400 million addition to the park that will open this summer.

In her final year at NC State, Phillips worked with another University Honors Program student, Kevin Young of Apex, N.C., to build a wooden animatronic wolf for the Hunt Library. The 4-foot-tall, 120-pound creature was unveiled in late April on the second-level lobby.

Now, mechanical engineering degree in hand, she’s off to pursue her longtime dream.

“Becoming a ride engineer [is] about the coolest thing in the whole world,” she says. 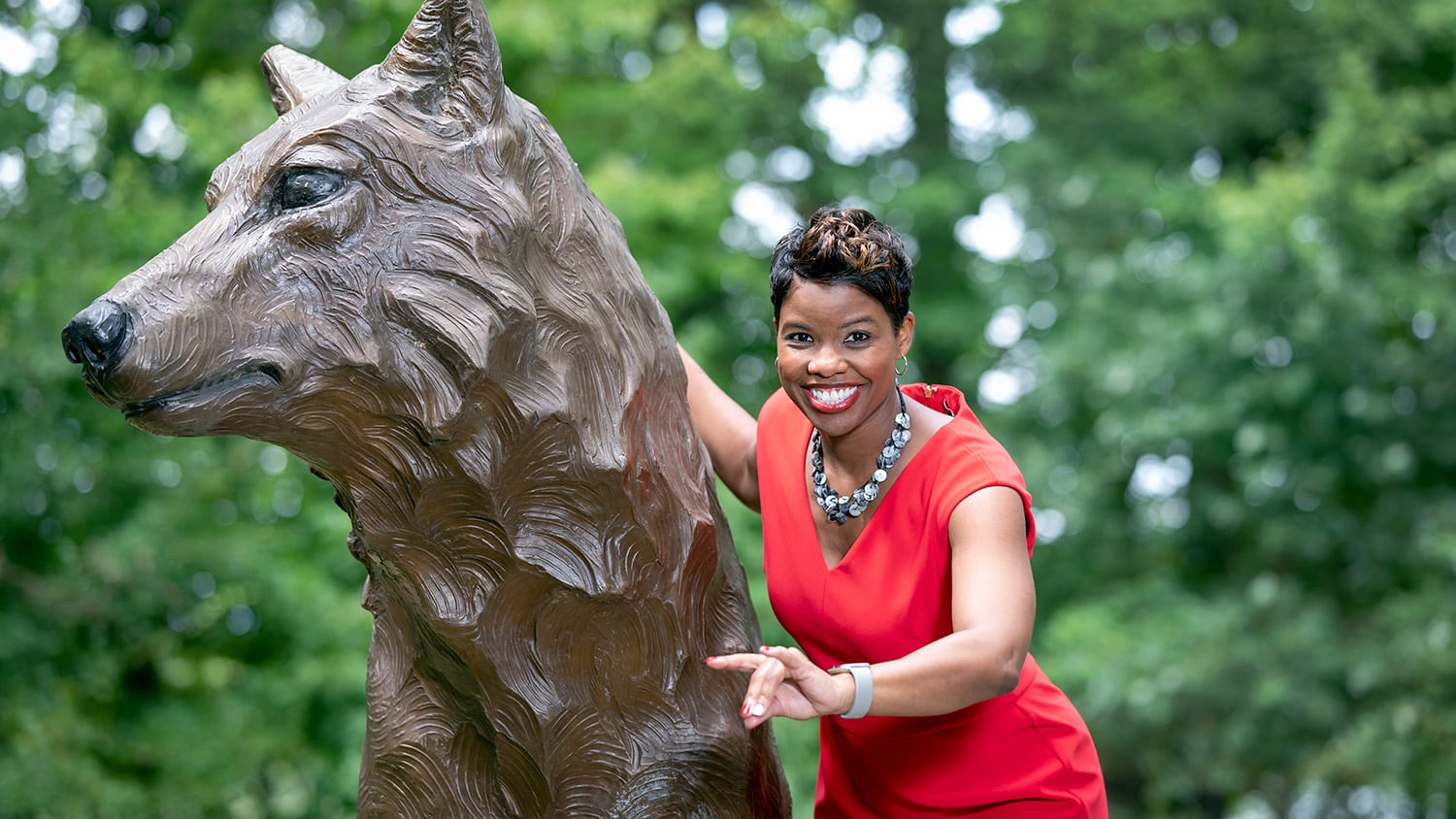 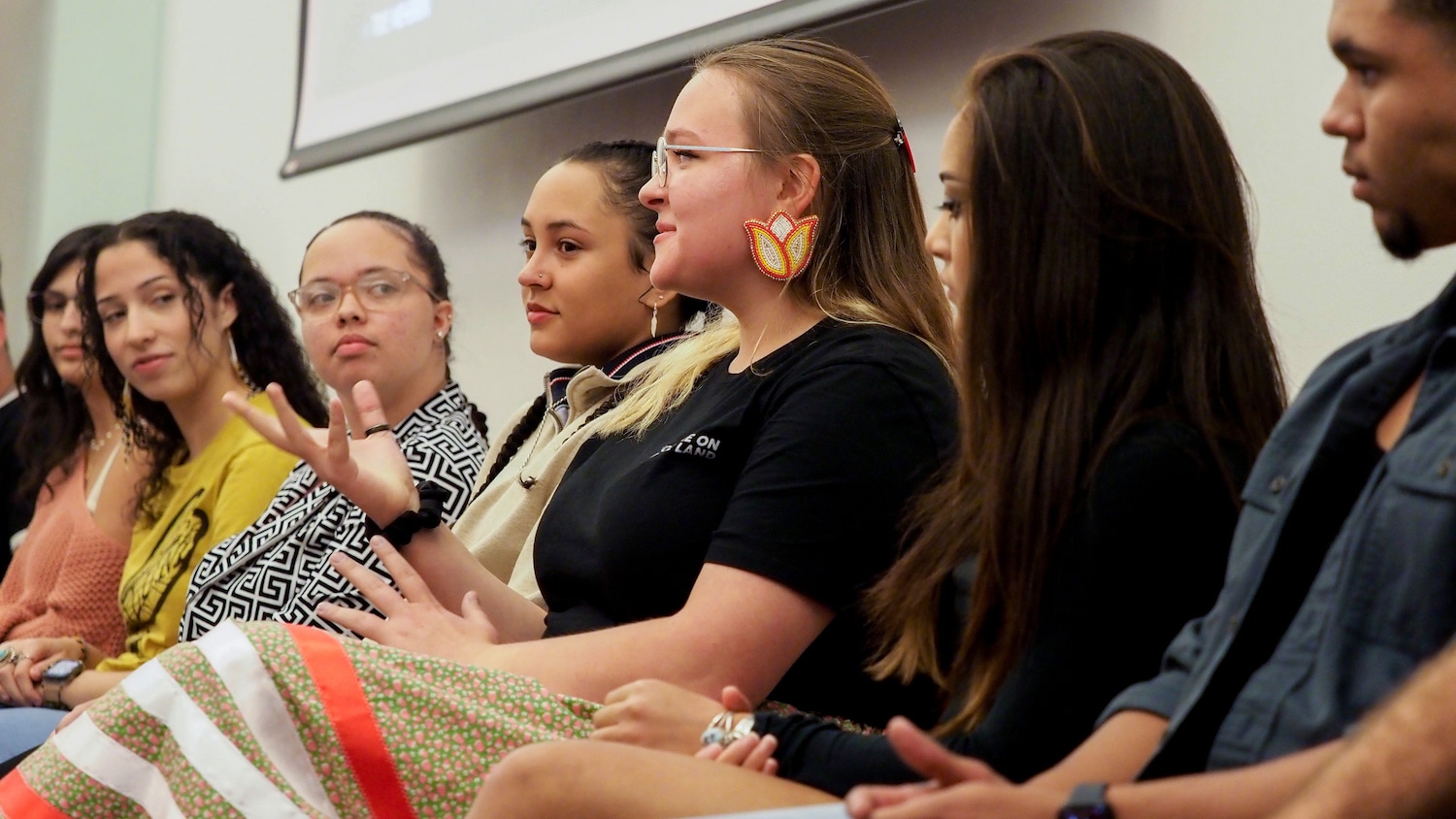