NC State scholars will explore the power of digital archives in a groundbreaking partnership with the world's preeminent Shakespeare library.

When the world’s largest Shakespeare library closes for two years for renovations, how do you keep the plays and poetry — not to mention scholarly programming — alive? The answer lies in a novel combination of new technology and old masterworks.

Researchers in NC State’s College of Humanities and Social Sciences and NC State University Libraries are working with the Folger Shakespeare Library, the preeminent collection of Shakespeare materials in the world, on a collaborative program to bring digital archives to new life while the Folger is closed for construction.

The program, Out of the Archive: Digital Projects as Early Modern Research Objects, will take place as a weekend symposium in April 22 – 24, 2021, and bring in about 20 national and international digital humanities scholars to work in new spaces at the NC State Libraries, such as the immersive Teaching and Visualization Lab and the forthcoming Visualization Studio.

NC State was chosen from a competitive field that included top-tier schools across the country. While NC State’s proposal was the only one accepted from North Carolina, there will be some coordination across Duke and UNC Chapel Hill campuses, with UNC Greensboro participating as a special guest. 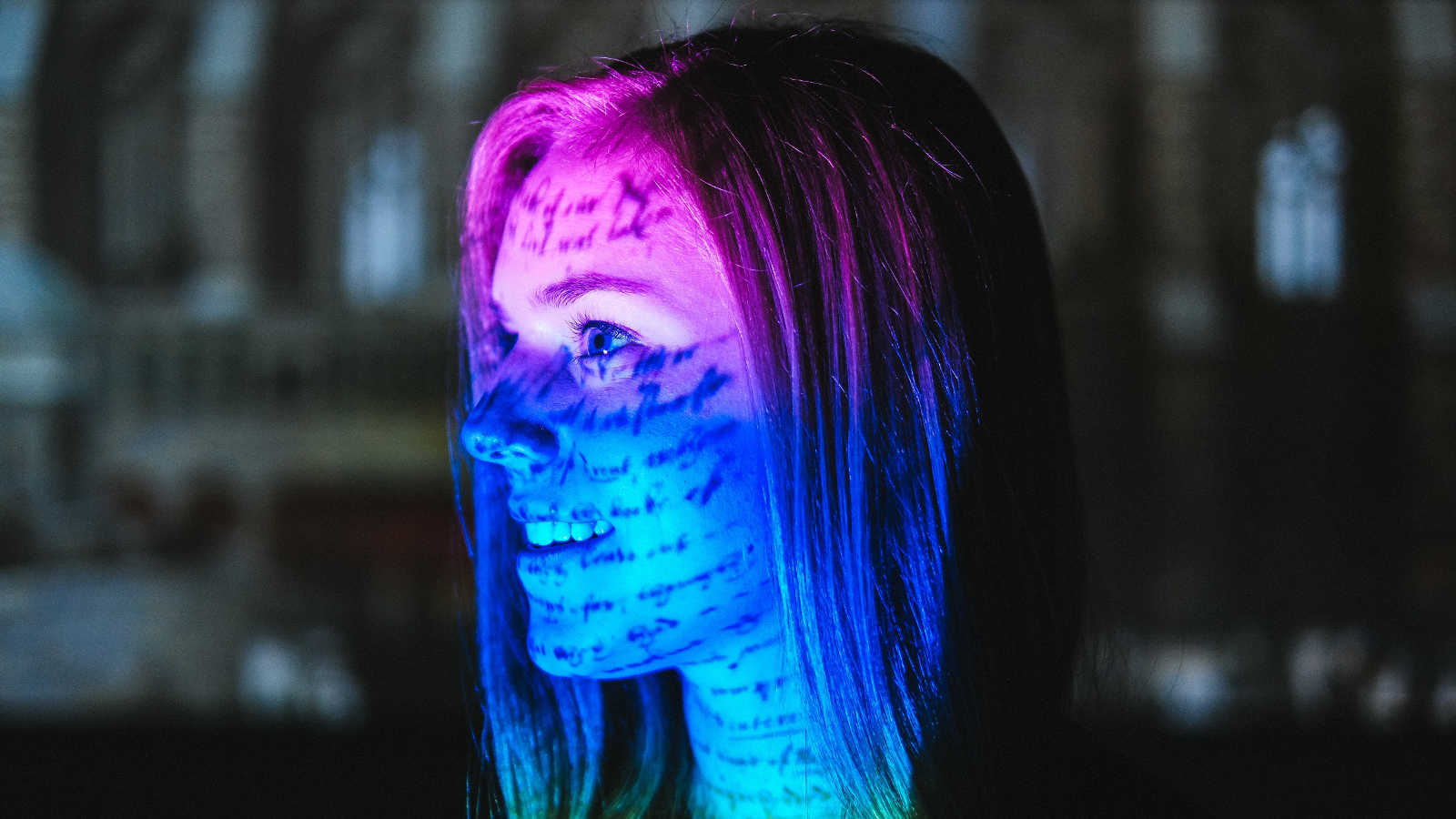 The College of Humanities and Social Sciences

With more than 50 undergraduate majors and 40 minors, your next chapter is waiting to be written.

Located in the Capitol Hill district of Washington, DC, the Folger is supported by a consortium of 46 universities, including NC State. It provides year-round scholarly programs for researchers and the general public, focusing on Shakespeare and early modern English literature. It even boasts an active Elizabethan theater.

With an active cohort in early modern studies, from medievalists to 18th-century scholars, NC State’s partnership with the Folger is robust. Graduate students and faculty regularly attend programming at the Folger, often fully funded by the Folger via grants and stipends.

“Our partnership with the Folger gives NC State an inside track for groundbreaking humanities research and education efforts,” says Crosbie.

In 2018, the Folger announced its temporary closure to undertake an extensive renovation aimed at making it more accessible to the public and more user-friendly for researchers.

With the closure, the Folger decided to start a “road show” of sorts, inviting universities to submit proposals for programs that could be supported by their home collections, facilities and faculty, with the Folger providing financial and administrative support.

The project is unexpectedly prescient. “At the time, closure was a radical idea,” says Crosbie. “Now, everyone is closed, so it doesn’t seem radical. But it is timely.”

All the World’s a Stage

Beyond keeping their programs up and running during renovations, the Folger sought to play to the strengths of the hosting institutions. For NC State, that means a wealth of technological prowess within the libraries system.

“When we thought about what we could offer the Folger, my mind went to our libraries,” says Simon. “Here at NC State, we have technological infrastructure through our libraries that’s unmatched at the national level.”

Here at NC State, we have technological infrastructure through our libraries that’s unmatched at the national level.

“Although NC State’s Special Collections does not have a focus on early modern literature, we do have world-class technology spaces in both Hunt and D.H. Hill libraries,” says Simon. “Our idea, then, was to use the Folger’s temporary closing as an opportunity to investigate the projects and methodologies that emerge from digitized archives and databases.”

Simon and Crosbie conceived of a program that examines digital projects as research objects in their own right. By exploring methodology, project design, host platforms and even hardware as components to research, they hope to better illuminate what technology does for understanding texts and archives that are hundreds of years old.

The 21st century concept is in line with the direction the Folger, and much of humanities, is taking. “The Folger has been very cutting-edge in terms of open access, digitized archives, high-resolution scans and the like,” says Simon. “They’ve crowd-sourced paleography to transcribe manuscripts, so you can do deep dives and data searches in these very old texts.” 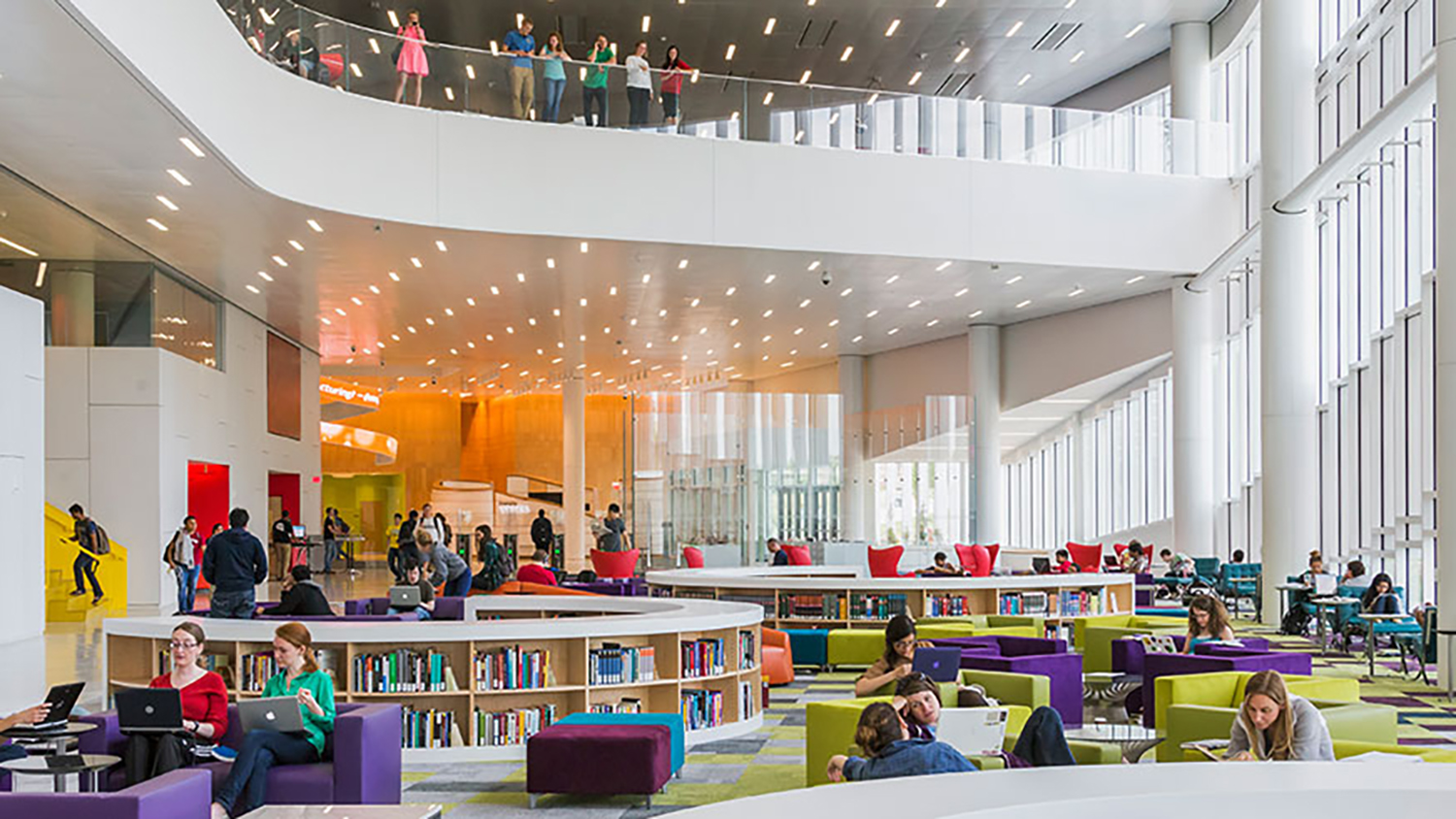 Discover an experiential library system at the leading edge of information services and unique collections.

The world at your fingertips

Organizers are partnering extensively with NC State Libraries to coordinate events and take full advantage of the technological aspects of the program.

“This partnership with the Folger showcases the significant role that libraries, in general, play in bringing different ideas together from across campus and facilitating interdisciplinary scholarship,” says Hannah Rainey, associate head of research engagement for NC State University Libraries. “For us, in particular, this partnership is exciting because it leverages decades of intentional planning and work to create accessible, technologically-enriched spaces that provide novel ways to experience unique primary materials and scholarship, like the collections at the Folger.”

This partnership is exciting because it leverages decades of intentional planning and work to create accessible, technologically-enriched spaces.

The program will be co-directed by Christopher Warren, associate professor of English with a courtesy appointment in history at Carnegie Mellon University and the creator of Six Degrees of Francis Bacon, one of the earliest experiments for visualizing how historical figures are connected in space and time.

Keynote speaker Anupam Basu, assistant professor of English at Washington University in St. Louis, is one of the leading researchers bringing together literature and big data.

Public-facing panels and keynotes will be open to the community at large. Following the Thursday evening keynote, two days of seminars will mix discussion with hands-on experimentation using digital tools. Organizers are preparing adjustments in case participants must adhere to social distancing guidelines.

The weekend seminars will include scholars from NC State and cohort institutions. The application process is competitive, and Simon expects to draw scholars nationally and internationally.

“It’s a really neat opportunity to engage the NC State community and bring other scholars to our campus,” says Simon.