On May 7, countless photos were snapped and videos filmed as members of the class of 2022 earned their degrees. Family portraits, mortar board pictures and tassel-turning TikToks captured the joy and honor of commencement. One newly minted Bachelor of Arts recorded the day not just for herself, but for her 6,111 fellow graduates, too.

AnnE Ford has been chronicling the NC State experience since 2020, when she began an internship with University Communications. She’s interviewed student leaders, gone behind the scenes of Day of Giving, helped new students prepare for the first day of classes and refereed a COVID-19 safety challenge with Mr. and Ms. Wuf.

“It has been such a dream job,” Ford said. Her first time on camera was interviewing runners during the 2020 Krispy Kreme Challenge, and “that’s still to this day one of my favorite things I’ve done.”

When Ford first came to NC State from Greensboro in 2018, she planned to focus on journalism. But by her sophomore year, she had become drawn to multimedia and video production and editing. Throughout her internship with University Communications, she’s developed skills in various media and found her voice as a student personality.

“It really allowed me to grow as an on-camera presence as well as a writer,” Ford said.

Ford majored in English with a concentration in Rhetoric and Professional Writing, and she minored in musical performance. Even before enrolling, she knew she loved NC State’s vibe — her sister attended the university, too. Just as important was the promise of personable professors. A drummer since the age of 9, Ford met with Paul Garcia of the music department. She could tell his mentorship and the Wolfpack spirit would help her make NC State a home.

“I chose this school for the people, and they did not disappoint,” Ford said. “Every professor has been so supportive and so kind. It’s been encouraging to see people doing their own things here. I’ve made friends who will be lifelong friends.” 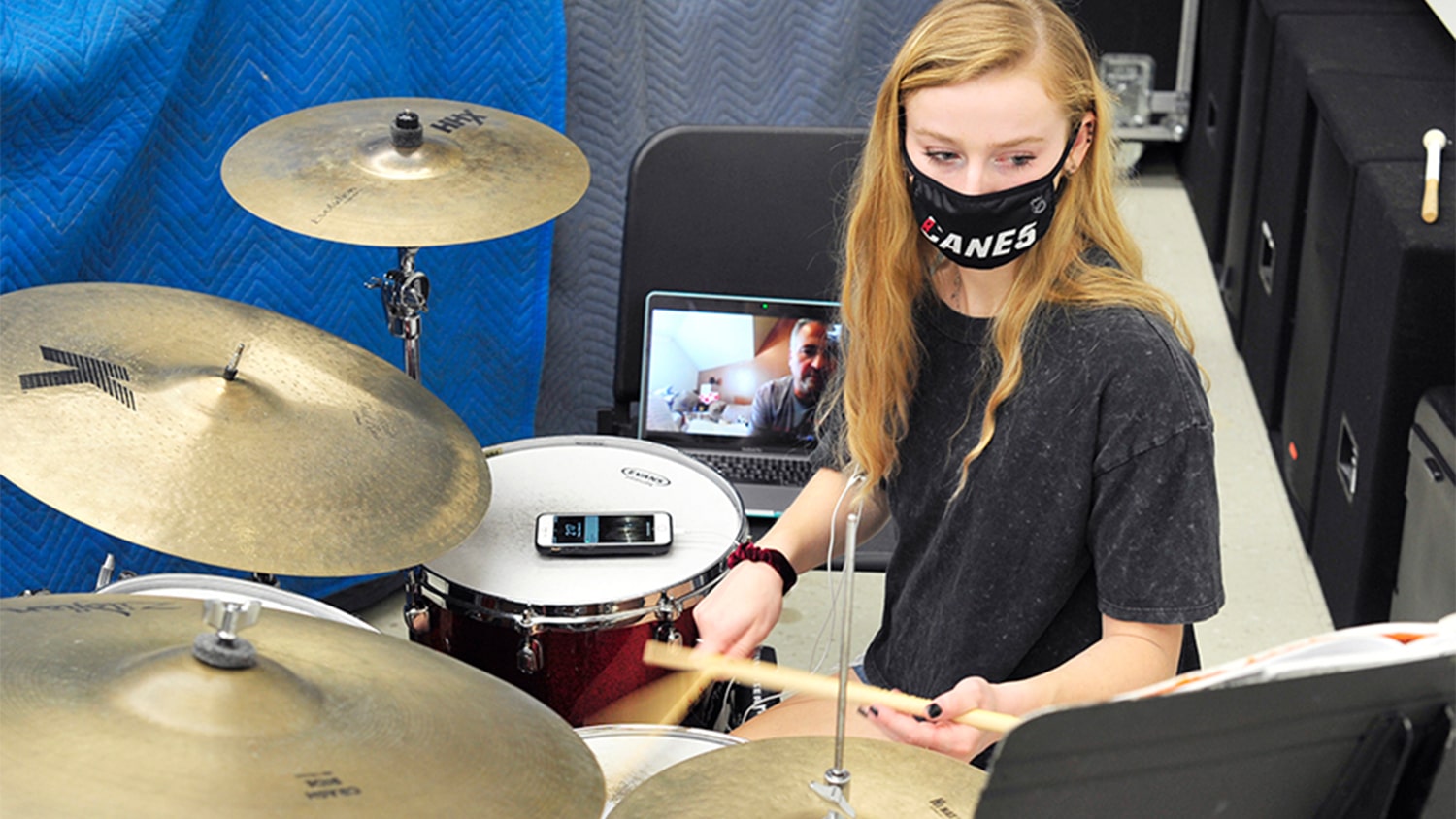 At the beginning of the pandemic, NC State’s student musicians, actors and actresses, dancers, and other artists prepared to close out the semester with performances and exhibitions.

Ford hopes to continue her communications career in the Raleigh area. While she’s eager for the future, graduation is bittersweet, she said. To her, NC State represents mentorship, friendship and unity.

“As much as I’m excited, I’m really sad to leave,” Ford said. “The Wolfpack has definitely come to be something that I hold near and dear.”