Meet Michael Nuñez, a Juntos program alumnus turned student worker and mentor who is paving the way for other young Latino students dreaming of higher education.

As an eighth grader in Wake County, Michael Nuñez had yet to consider where he would go to college, let alone how he would make it happen. Joining his local Juntos 4-H Program gave him the support he needed to become a student worker and Juntos mentor as a senior at NC State, eight years later.

Juntos, which means “together” in Spanish, is aptly named because the program unites community partners to better support local Hispanic and Latino K-12 students through high school graduation and into their college careers.

NC State’s Juntos 4-H Program was founded in 2007. Today Juntos is a national movement led by land-grant universities and extension professionals in 14 states — with a vision to grow. The national model has seen great success, helping graduate over 2,000 participating Latino students.

In 2014, Nuñez was introduced to Juntos through his school. After he attended the Juntos Summer Academy at NC State, his perspective and goals began to shift.

“After attending the academy, we said, ‘If college is like this, we’re going to pay attention,’” Nuñez says, referring to himself and his peers in the program. During the Summer Academy, advisors and admissions staff from the College of Engineering connected with students to discuss the college’s majors and show them key resources, like the James B. Hunt Jr. Library and the ECE MakerSpace. The experience sparked Nuñez’s passion for computer engineering.

For the first three years of high school, Nuñez and his family were heavily involved with Juntos. The program focused on teaching families about the college application process, scholarship opportunities, transfer programs and the unique pathways students can pursue after graduation.

When Wake County’s local Juntos program lost funding during Nuñez’s senior year, it was up to him to use everything Juntos had taught him to achieve his goal of attending NC State. Despite not getting accepted as a first-year student, Nuñez followed his mentors’ advice and found a pathway to NC State through Wake Technical Community College (WTCC) and the Community College Collaboration (C3) partnership.

The community college environment allowed Nuñez to hone his time-management skills and learn how to connect with his professors. After two years at WTCC with the support of C3, Nuñez applied and was accepted to NC State, and he was named a Goodnight Transfer Scholar.

If college is like this, we’re going to pay attention.

In 2022, Juntos established its own unique partnership with WTCC to support first-generation and Latino students on their path to higher education. “This is a model NC State Juntos is ready to replicate,” says Diana Urieta, senior director and co-developer of Juntos. “Over 80% of our graduating seniors [in 2021] are choosing their local community college to start their postsecondary education,” she says.

To see continued success throughout North Carolina, Urieta says, Juntos needs support from community partners — like local community colleges and public school districts — that help provide the investment and sustainability that allow the program to reach students like Nuñez.

Building Community and Giving Back

Transitioning from a community college to a large university campus can be difficult, and it’s crucial for students to find a sense of belonging in order to have a successful college career. When Nuñez arrived at NC State in the fall of 2021, the Juntos office quickly became his space for community and connection. His fellow student workers and the Juntos staff understood who he was — in fact, some had known him for years.

“Going into this campus, sometimes I get lost,” Nuñez says. The Juntos office provides a familiar space that feels like home, allowing Nuñez to be himself as he works toward his degree. There is also no shortage of NC State and Juntos alumni available and willing to offer guidance and support to him and other Latino students on campus.

For many Juntos students, including Nuñez, building community goes both ways. High schoolers who were involved with the program frequently go on to help run the program at NC State and in their home counties.

Through Juntos, Nuñez mentors eighth through twelfth graders to help them better understand how to achieve their goals, whether it’s to join the workforce or to enroll in a trade-school program, a community college or a four-year institution. He also spends time with the families of students, sharing his educational experiences and providing important scholarship information. Nuñez knows from personal experience how valuable family involvement is for students to stay motivated and succeed.

Even when thinking about future career options, Nuñez operates from a perspective of service and community building. Being able to help others, much like others helped him and his family, is a primary motivation behind his academic career.

“If you don’t go back to your roots or give back to where you came from, you’re not really showing appreciation to the things that made you who you are,” Nuñez explains.

“If you don’t go back to your roots, or give back to where you came from, you’re not really showing appreciation to the things that made you who you are.” 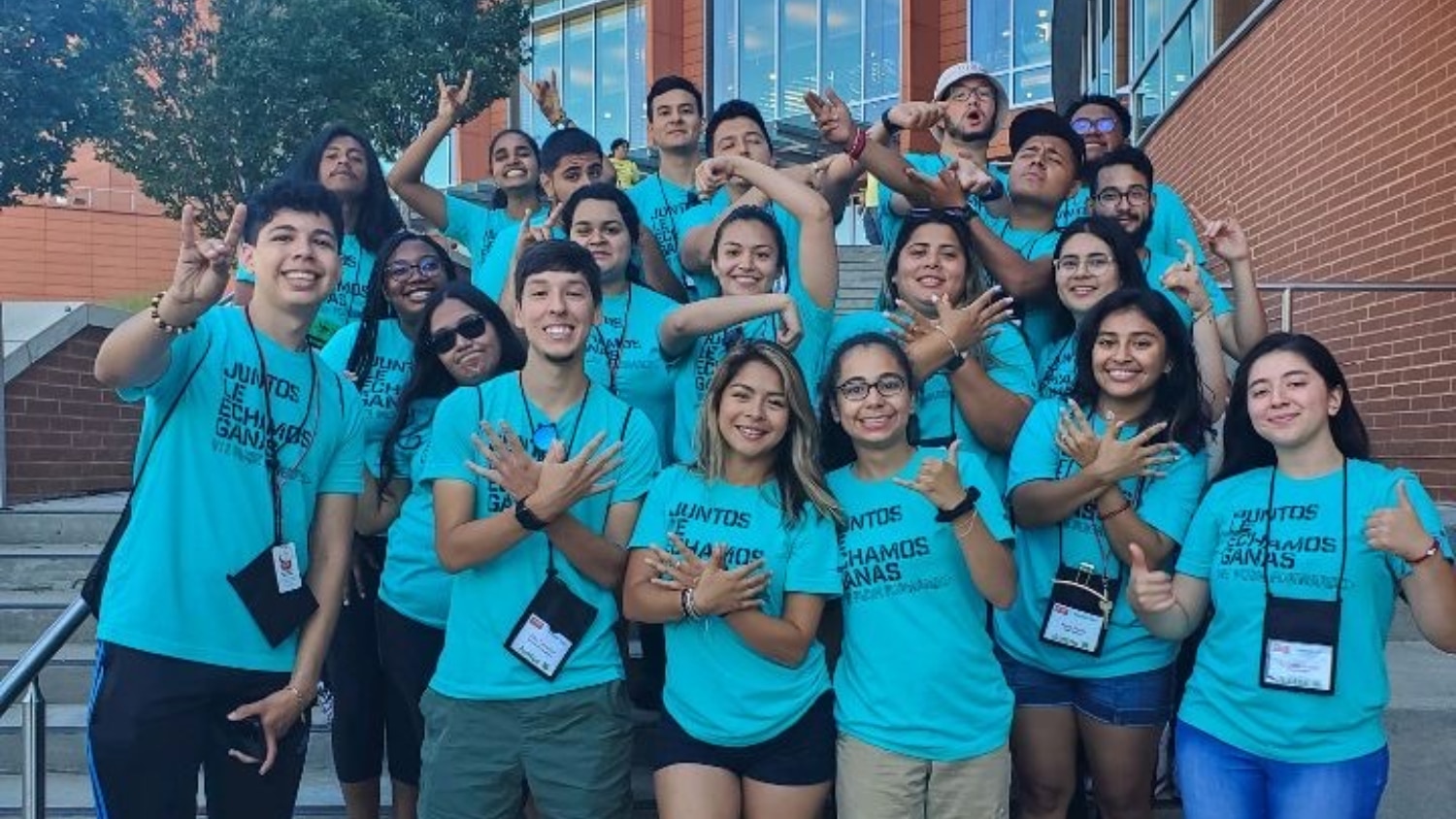 Juntos 4-H turns 15 this year, a massive milestone in the Hispanic and Latino community. 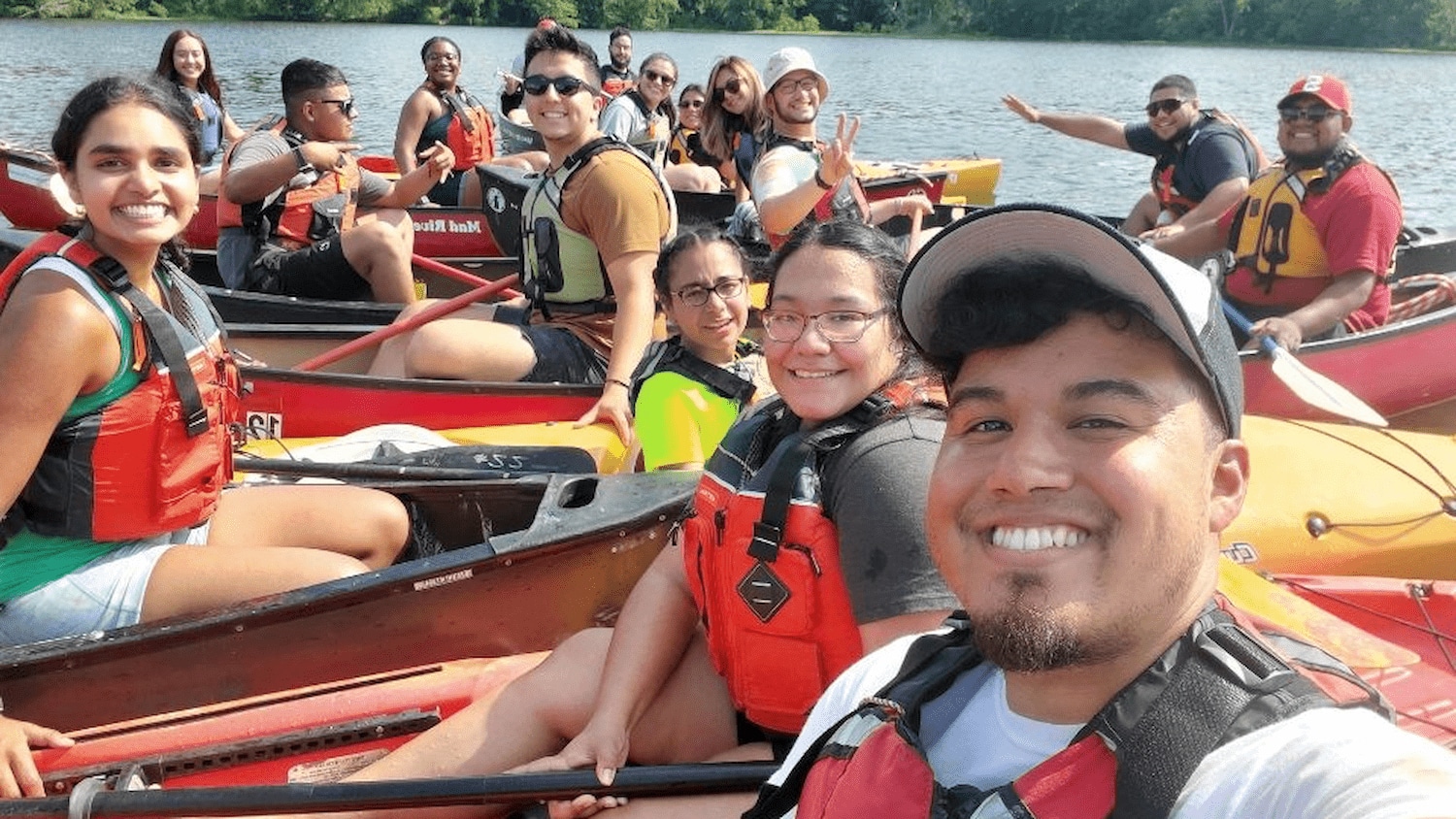 All year long, the Juntos community is sharing videos on social media to celebrate the program’s quinceañera.