Shortly after taking office, President Trump formally withdrew the United States from the Trans-Pacific Partnership (TPP) trade agreement that had been brokered during the Obama administration. Reporters interested in learning more about what this may mean for international trade or U.S. foreign policy in Asia can contact Jessica C. Liao, whose research focuses on these issues. 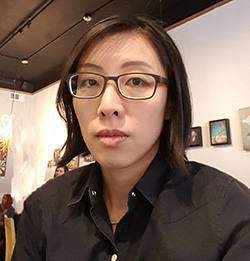 “Whether President Trump’s withdrawal from the TPP can bring jobs back to the U.S. remains questionable, but two immediate effects are clear,” Liao says.

“The first is the damage to the credibility of U.S. leadership in the Asia Pacific, because TPP was essentially not about trade but about re-strengthening relations with U.S. allies and partners in a region under growing Chinese influence,” Liao says.

“Secondly, and ironically, the order is a windfall for China. As a non-TPP member, China escaped potential economic loss due to trade diversion caused by TPP. The fall of the TPP also creates a power vacuum that China is happy to fill. China is now seeking to reopen talks of the Regional Comprehensive Economic Partnership, or RCEP, with 15 Asian countries, including U.S. allies and partners.”

Liao is an assistant professor of political science at North Carolina State University. Reporters can contact her directly at (919) 515-5072 or cliao5@ncsu.edu.