Seeding the Next Generation of Plant Science at NC State

Could 3D-printed plants unlock a revolution in plant design — and help us keep pace with the world’s growing population?

Plant biologist Ross Sozzani says her field is in need of a new revolution, and it’s taking root at NC State.

In the 1960s, the first green revolution began with the introduction of fertilizers and pesticides. Today, the second revolution — focused on genetics, genomics and enabling technologies — must accommodate a global population that’s projected to reach 9.8 billion by 2050.

Major agricultural innovation is needed to meet the world’s ever-increasing need for food, fuel and fiber. And Sozzani has set her sights on an innovative way to get there: 3D-printed plants.

Her ultimate goal is to build plants with specific, enhanced agricultural traits. By harnessing the precision of 3D printing, her team may be able to engineer plants that are, for example, more nutritious or more drought-resistant.

This is game-changing plant science. Nobody else is doing this.

This technology — called bioprinting — has been applied to everything from bones to blood vessels, but NC State researchers are the first to apply it to plants.

“Bioprinting has been a disruptive technology for tissue engineering in animals. We can 3D-print an organ or a heart. It’s not unforeseeable that we can 3D-print a plant with all the agronomical features we want,” Sozzani says.

“This is game-changing plant science. Nobody else is doing this.”

Sozzani’s interest in exploring 3D-printing technology led her to Tim Horn, an assistant professor in mechanical and aerospace engineering and Director of Research at NC State’s Center for Additive Manufacturing and Logistics.

In 2015, the two researchers launched a collaborative project with a specific goal in mind.

“We were seeking a disruptive approach to redesign and engineer plants in a different way,” Sozzani says. 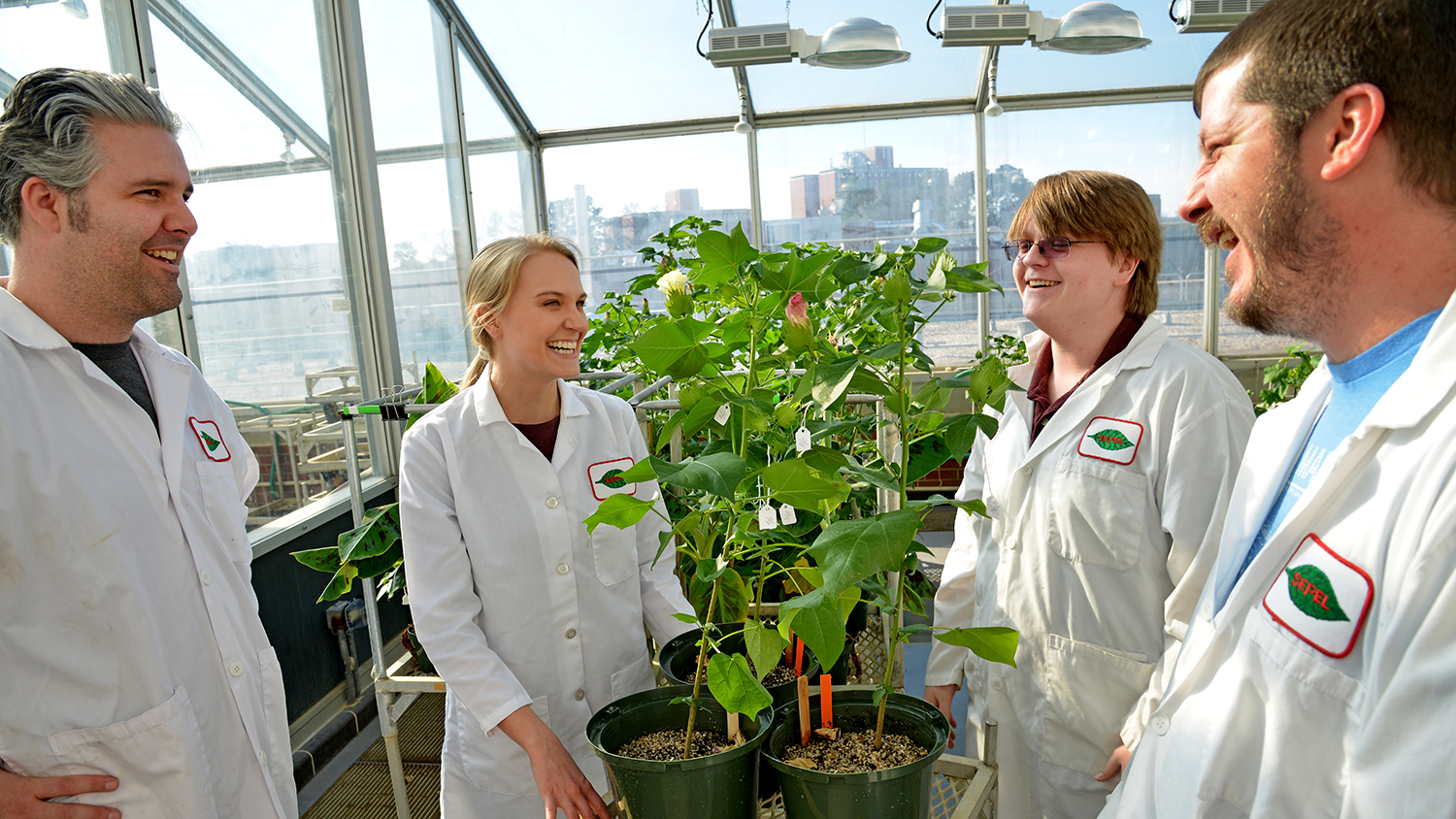 Sozzani and Horn’s team isn’t printing entire plants. Instead, they start with a plant’s building blocks: stem cells. Over time, those cells give way to roots or shoots and eventually, a fully formed plant.

Traditional 3D printers construct an object by laying down successive layers of materials, all under the control of a computer. 3D bioprinting applies the same principles. But instead of printing with materials like metals or plastics, a bioprinter creates patterns using living cells as its ink.

Sozzani and Horn isolate stem cells, taken from the plant Arabidopsis, and precisely distribute those cells layer by layer to form a living, three-dimensional structure.

By using highly precise 3D bioprinters, researchers can position stem cells in the right place, at the right time.

“You can change the geometry of things in an extremely precise, high-resolution and automated manner,” Sozzani says.

Now, her team is working to find out if they can use that process to engineer plants with specific, predefined traits.

The way Sozzani and Horn see it, it would work something like this: Using a 3D bioprinter, their team could deposit more of the stem cells that, for example, give rise to a plant’s vascular cells. Ideally, the presence of those extra cells would produce a plant with a larger vascular system, which would be more resilient during water shortages.

Alongside Horn, she connected with Rohan Shirwaiker, an associate professor in the Edward P. Fitts Department of Industrial and Systems Engineering, to gain a better understanding of tissue engineering.

Her team of computational biologists can create a mathematical model that captures data about the arrangement of stem cells, and then uses artificial intelligence to predict what kind of plant that arrangement might produce. 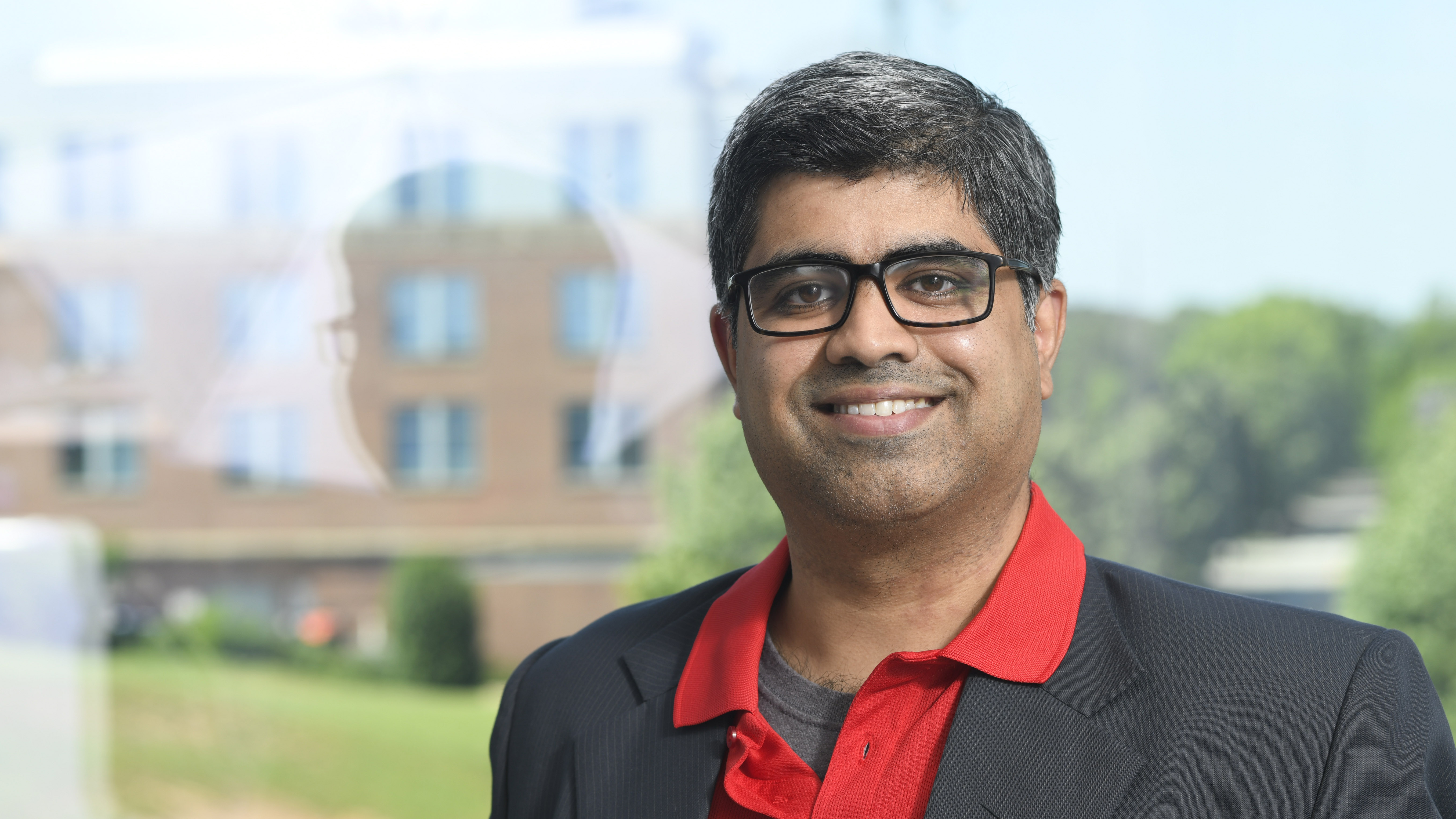 Alongside an interdisciplinary team of researchers, Shirwaiker is developing new approaches and new materials for creating soft tissues.

“You need an interdisciplinary approach to solve complex questions,” she says.

As of today, Sozzani’s project has been touched by researchers in electrical and computer engineering, additive manufacturing, veterinary medicine, biomathematics and beyond.

“The momentum that there is here — which is why I joined NC State — is really convergence in science,” she says. “To address complex problems, you need this converging research. Engineering tools and systems are necessary to meet an end goal that’s of societal and economic importance.”

Putting Down the Roots of a Revolution

Because 3D-printed crops are not modified at the genetic level, they could offer enhanced agronomical traits without the stigma of genetic modification.

The momentum that there is here — which is why I joined NC State — is really convergence in science.

The technology could also empower industry to create hybrids in a fraction of the time. Superior plants, which might typically take months to cultivate through generations of cross-breeding, could instead be printed in a lab in a matter of days.

Bioprinted plants could also be used to screen chemical drugs on a wide scale. Organizations would have the capability to print hundreds of sample plants, testing variables down to the cellular level, to yield valuable, specific insights.

Sozzani’s proof of concept — that 3D bioprinting of plants is possible — is in hand. Next up: She’s looking toward new 4D bioprinting technology, which would allow researchers to deposit cells more precisely than current printers do.

That capability, Sozzani says, would push NC State’s cutting-edge work even further ahead of the curve.

She also believes tomorrow’s leading plant scientists, those prepared to thrive in a green revolution, could get their start at NC State.

We want to become the premier destination for plant science.

“We need to train students that can be more flexible. We need to develop a workforce that can do plant science, but also develop a computational approach.”

Looking forward, Sozzani has big ambitions for the university’s role in plant science’s next evolution.

“We want to become the premier destination for plant science, where companies come because we’re the only ones — or one of the first — to do bioprinting,” Sozzani says.