Why Do Strawberries Have Their Seeds on the Outside?

“Why do strawberries have their seeds on the outside, instead of on the inside?” That was the question one of my daughters asked recently. I had no idea, so I reached out to Chris Gunter, an associate professor of horticultural science at NC State. And the answer surprised me.

First off, strawberries don’t keep their seeds outside their fruit. Those things we think of as strawberry seeds aren’t seeds – and the big, red strawberry “fruit” isn’t technically a fruit.

In “true” fruits, like peaches*, a flower is pollinated and then the flower’s ovary swells and becomes the fruit, with the seed or seeds in the middle.

Not so with strawberries.

When a strawberry flower is pollinated, the fruit doesn’t swell. The fertilized ovaries in the flower form separate, small, dry fruits. Those “seeds” on the outside of a strawberry are actually the fruits, each of which contains a single seed.

But that still doesn’t answer the question, it just changes it a little. Why are the small, dry fruits located on the outside of the red, sweet thing that we all like to eat?

The short answer is that we don’t really know which evolutionary forces caused the strawberry to develop the way that it did.

However, Gunter notes, “there are a few fundamental reasons why plants have evolved different kinds of fruits. One reason is to attract something that spreads seeds.”

A good example is the avocado. Scientists believe the avocado, with its enormous wood-like seed, evolved to be eaten by enormous animals that lived thousands of years ago. One of these animals would chow down on some avocados and either leave partially-eaten fruit (and its seed) nearby, or the seed would pass all the way through the animal and be left behind in its waste.  Since those giant beasts are no longer with us, avocados are now dependent on human intervention to spread their seeds.

“A second evolutionary approach is for plants to find ways for their fruit to disperse on their own,” Gunter says. “For example, they may fly in the wind, like a dandelion, or be moved by the water, like a coconut.”

The third option is for a plant to find ways for a fruit to deter animals from eating it. “For example, the gingko fruit smells putrid,” Gunter says. “The goal there is for the fruit to not get eaten, so that the seed can rely on the fruit’s nutrients to support its growth.”

Presumably, the strawberry went for evolutionary option number one – attract something to spread the seeds. But we don’t know the specifics.

*Note: The example for a true fruit was originally an apple. And then someone told me that apples are not true fruits either. In fact, they belong to a group called pseudo-carps, or false fruits. That’s because the part we think of as the fruit is made from plant parts other than the ovary. And – surprise – the fleshy part of an apple is also made of the receptacle tissue. In other words, it was just about the worst example I could have thought of to hold up as the alternative to a strawberry. But now I know that – and so do you! 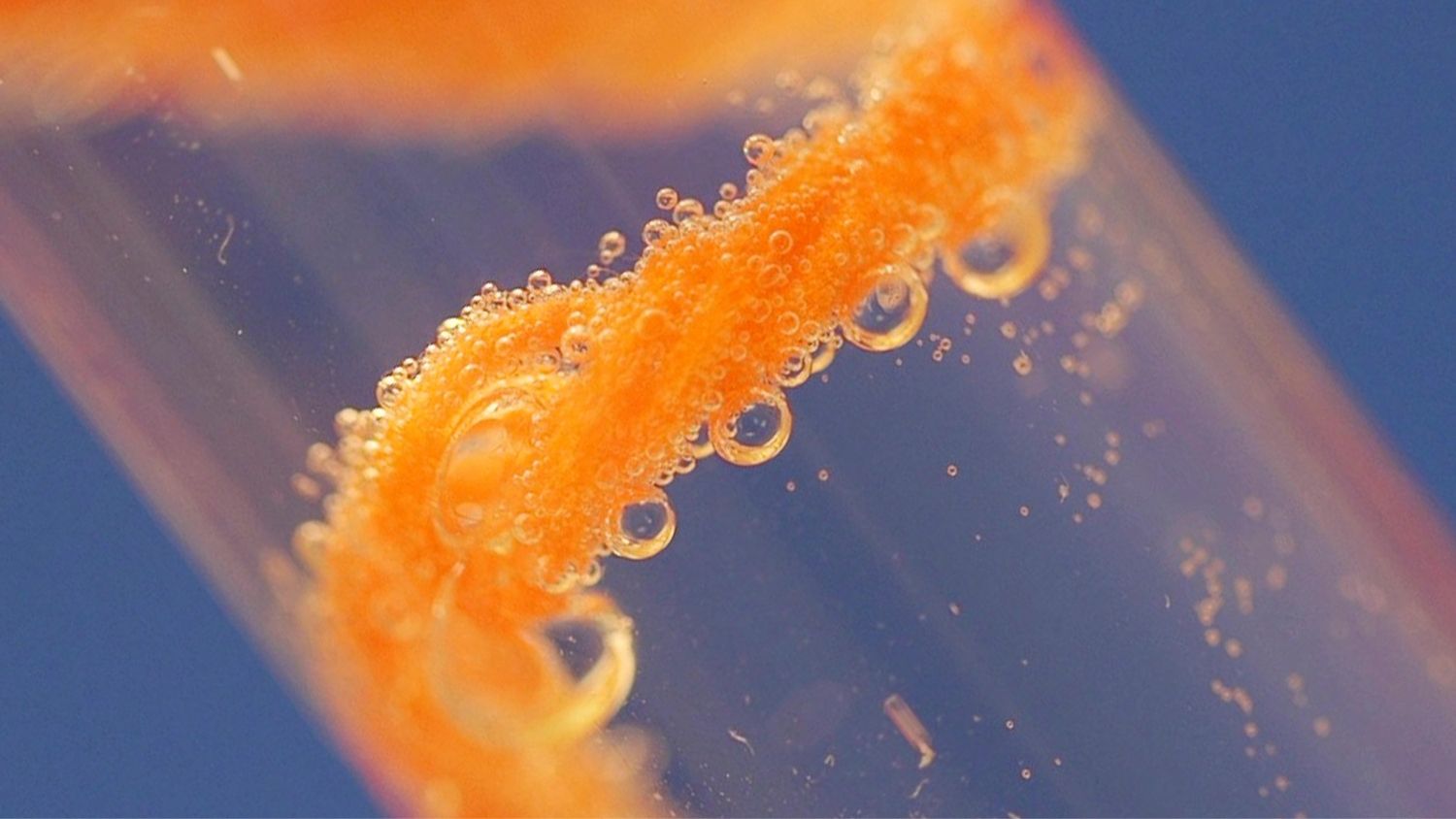 Yarns Coated With Enzymes Can Act as Filters