The Boll Weevil War, or How Farmers and Scientists Saved Cotton in the South

Editor’s note: This is a guest post by Dominic Reisig, an associate professor of entomology at NC State. In our ongoing Research Matters series, NC State researchers address the value of science, technology, engineering and mathematics.

The boll weevil (Anthonomus grandis) is not much to look at – just a grayish, little beetle with an impressively long snout. But this particular beetle, and its hunger for cotton, was powerful enough to forge an unprecedented partnership between farmers, legislators and scientists. And that partnership showed how much can be accomplished when scientists and farmers work together.

What adult boll weevils lack in size they make up for with their larvae’s ability to feed on and destroy cotton. Boll weevils entered the U.S. from Mexico in the late 1800s, when they were first spotted in Texas. By the 1920s they had spread through all of the major cotton-producing areas in the country. The scope of the damage was breathtaking, as were the control efforts thrown at this insect: at one time, one-third of the insecticide used in the U.S. was used to combat boll weevils.

In 1903, the chief of the U.S. Department of Agriculture (USDA) testified before Congress that the insect’s outbreaks were a “wave of evil,” and that afflicted areas in Mexico had abandoned cotton production altogether. Indeed, many scholars agree that the impact was so great on the rural South’s cotton-dependent economy that it was one of the causes of the “Great Migration,” when African Americans moved en masse to the northern U.S. during the early 1900s.

Declaring War on the Weevil

Then, in 1958, something novel happened. The National Cotton Council of America unanimously agreed, for the first time ever, on a piece of farm legislation. Among other things, that legislation called for cotton research to be expanded – and the boll weevil to be eliminated.

This was an unusual step for many reasons. First, efforts had been made to eradicate insects in livestock before, but no one had ever tried it with a crop pest; this was breaking new ground. Second, this was going to cost a lot of money, which would require the support of the federal government. Third, nobody had yet come up with a way to eradicate the insect. Finally, once eradication began, the eradication process would become a common pool resource. Because of this, cooperation would be vital, given that there would be a temptation for individuals, or whole regions, to get a free ride, relying on the contributions of their neighbors to the eradication effort. So mandatory farmer participation was a must. One by one, each of the challenges were addressed, requiring close collaboration at every step.

Insect eradication was not an entirely new concept. The promoter of eradication was a USDA Agricultural Research Service (USDA-ARS) scientist named Edward Knipling, who had come up with an idea called the sterile insect technique. This technique was pioneered in the 1950s to eliminate screwworm, a parasitic insect pest of cattle. The sterile insect technique relies on flooding the environment with lots of sterile males. Those males then mate with females, but don’t produce any offspring. Knipling now envisioned eradication of the boll weevil, recognizing that it had two chinks in its armor. First, it was an exotic species, which meant that it could be present without some of the parasites and predators that weakened populations in its native Mexico. Second, it was reliant on a single host plant, cotton, which was also not native to the U.S.

Unfortunately, the sterile insect technique bombed. One million sterile boll weevil males were released in a trial. But the sterile males couldn’t compete with their virile wild counterparts and the trial was unsuccessful.

If eradication was going to take place, scientists would have to develop a new method. To that end, the federal government, state governments, and various cotton foundations and associations appropriated millions of dollars to support the research needed to develop the necessary tools for eradication.

For example, Congress funded USDA-ARS laboratories in many states, including one on the campus of Mississippi State University that was critical to creating many of the tools needed for eradication. This support continued through the eradication effort, ensuring that the insect could be eliminated beginning in Virginia and northeastern North Carolina, and moving steadily southward.

But the researchers of eradication faced a significant challenge up front. They knew that, for eradication to be successful, there had to be a very effective method of controlling boll weevils – one with a success rate of close to 100 percent. And that would require a significant leap over the available control techniques.

In the 1960s, researchers were just beginning to understand the importance of insect pheromones, the chemicals produced by insect species that change behavior of other individuals in the species. USDA-ARS scientists discovered the sex attractant pheromones of the boll weevil – the combination of chemicals that allowed male boll weevils to find female boll weevils. These researchers were able to perfect a synthetic attractant pheromone blend, creating a lure that could be used to trap the amorous boll weevils. This advance would prove to be the linchpin for successful eradication, as weevils could be attracted, trapped, and monitored.

Another major breakthrough was the discovery of a method of control that increased success from 85-90 percent control to 98-99 percent.

Insect development is dependent on temperature, and lower temperatures slow down weevil development and reproduction. Mississippi scientists discovered that, by making multiple insecticide applications at short intervals during the autumn, they could both reduce the last reproductive generation of the weevils and significantly limit the survival of potentially overwintering adults. This was termed the reproduction-diapause control method.

Keep Up With the Series

Subscribe to receive the latest stories from our faculty about the importance of scientific research.

The combination of the pheromone traps and the reproduction-diapause control method meant that, given cooperation on an area-wide basis, the boll weevil might be eradicated. And the pheromone traps cold also be used to confirm whether eradication efforts were successful. This one-two punch was tested in a pilot program in Alabama, Mississippi and Louisiana during the early 1970s. The pilot program couldn’t prove that this approach would eradicate boll weevils, but it was successful enough at reducing population levels that government, industry and research officials opted to proceed with a large-scale approach. This next step involved rolling out two companion trials in the late 1970s: one trial took place in Mississippi using the best known control methods for boll weevil at the time, while another trial tested the reproduction-diapause control method in North Carolina and Virginia.

Cooperation was critical to the North Carolina/Virginia trial. The federal government came through with enough funding to support 50 percent of the trial, while the state of North Carolina agreed to pick up another 25 percent of the cost. And more than three-quarters of North Carolina cotton growers approved of the eradication, agreeing to fund the remaining 25 percent. Meanwhile, a new insecticide had become available, diflubenzuron, which proved to make the eradication even more successful.

After three years, the reproduction-diapause method proved so successful that only one weevil was trapped in the North Carolina/Virginia eradication area. Moreover, this weevil was thought to be left over in a contaminated trap that hadn’t been cleaned properly. Insecticide use plummeted after eradication, but expansion and continuation of the program was not easy. Problems with funding, grower support in new eradication areas, and outbreaks of other pests, resulting from intensive insecticide applications used in eradication efforts – which obliterated beneficial insects that normally kept pests in check – slowed the process However, by 2009, the boll weevil was declared eradicated from all U.S. cotton-producing states, with one exception: Texas, which is the biggest cotton producer in the country.

Which brings us to 2017. Eradication efforts have been stalled at the Texas-Mexico border, largely due to the instability created by illegal drug trafficking. That instability has effectively made large cotton farms in Mexico inaccessible for treatment, creating a welcoming habitat for boll weevil populations to rebound. Another problem in Mexico is the presence of non-cotton plant species that can host boll weevil. Further efforts to limit cooperation across the border, including the proposed border wall, ensure that the boll weevil’s “wave of evil” remains a looming threat. As a result, there is an ongoing battle to keep boll weevils in check in the Lower Rio Grande Valley of Texas, funded by an ongoing annual assessment from cotton-producing states, which is aimed at preventing – and tracking – the spread of boll weevil populations.

But this story also highlights the fact that that the boll weevil has been largely conquered in the U.S., thanks to cooperation among growers, scientists and government officials – and due, in large part, to federal research funding. For example, in the southeastern U.S., a boll weevil has not been captured in a pheromone trap in 14 years. And those federal investments, made across the South, continue to pay dividends in the form of new projects, which are poised to tackle today’s native and invasive insects due to the investments made from boll weevil eradication.

For example, those early investments by state and federal governments created the USDA-ARS research system that is still present today across the southern U.S., including the facility at Mississippi State. This system continues to make a difference for U.S. farms. Research units in areas that still have boll weevil populations are using cutting-edge technologies, such as population genetics and aerial infrared imaging, to track movement of the species and identify potential patches of host plants for destruction. As boll weevils have been slowly eradicated, state by state, these researchers and facilities have shifted research priorities to other issues and pests affecting crop production. No one wants to fight another hundred-year war with a plant pest.

The Future of History: How New Tools Tap Into Diverse Perspectives on the Past 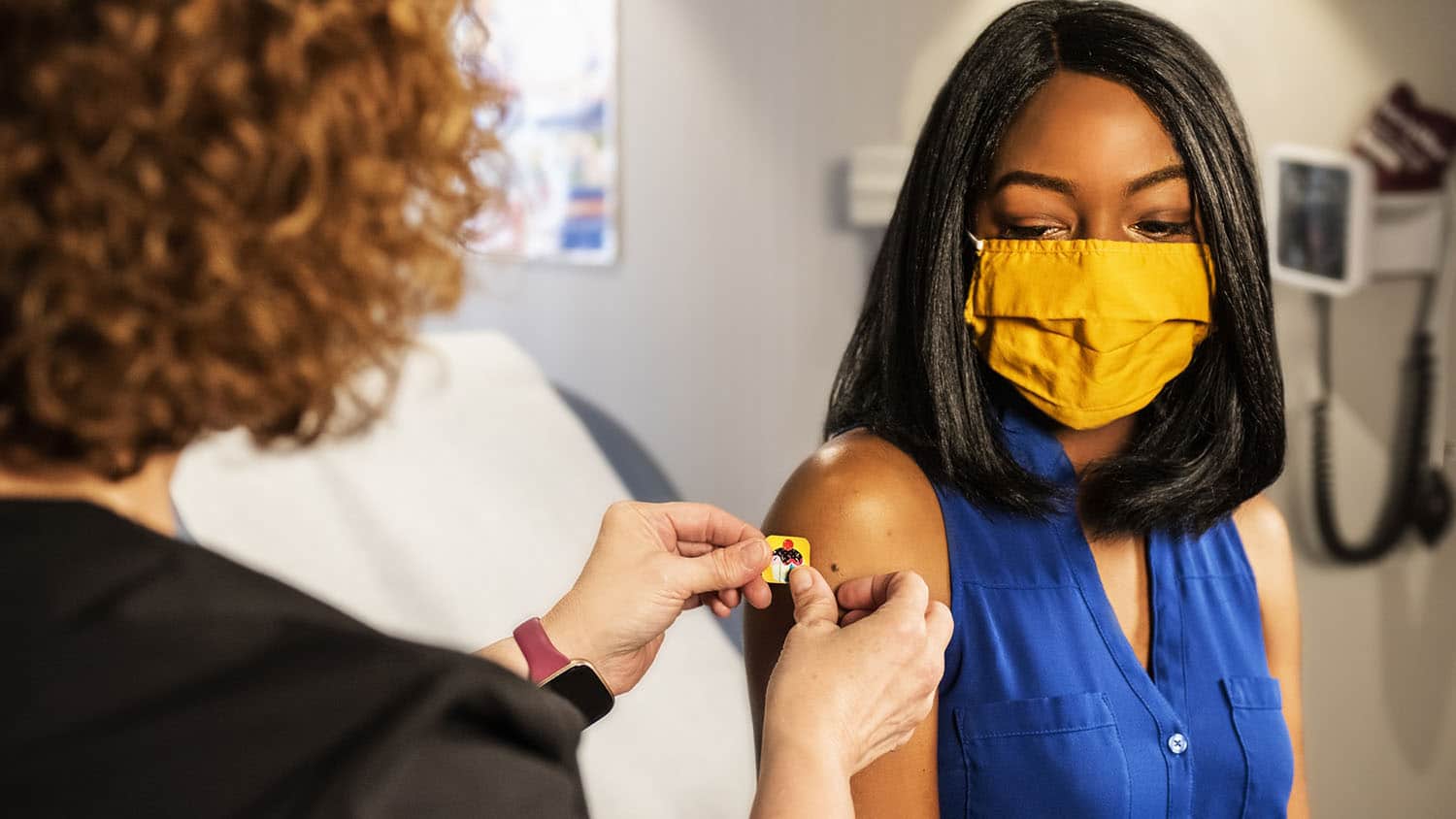 What the COVID-19 Pandemic Has Taught Us About Flu Vaccines 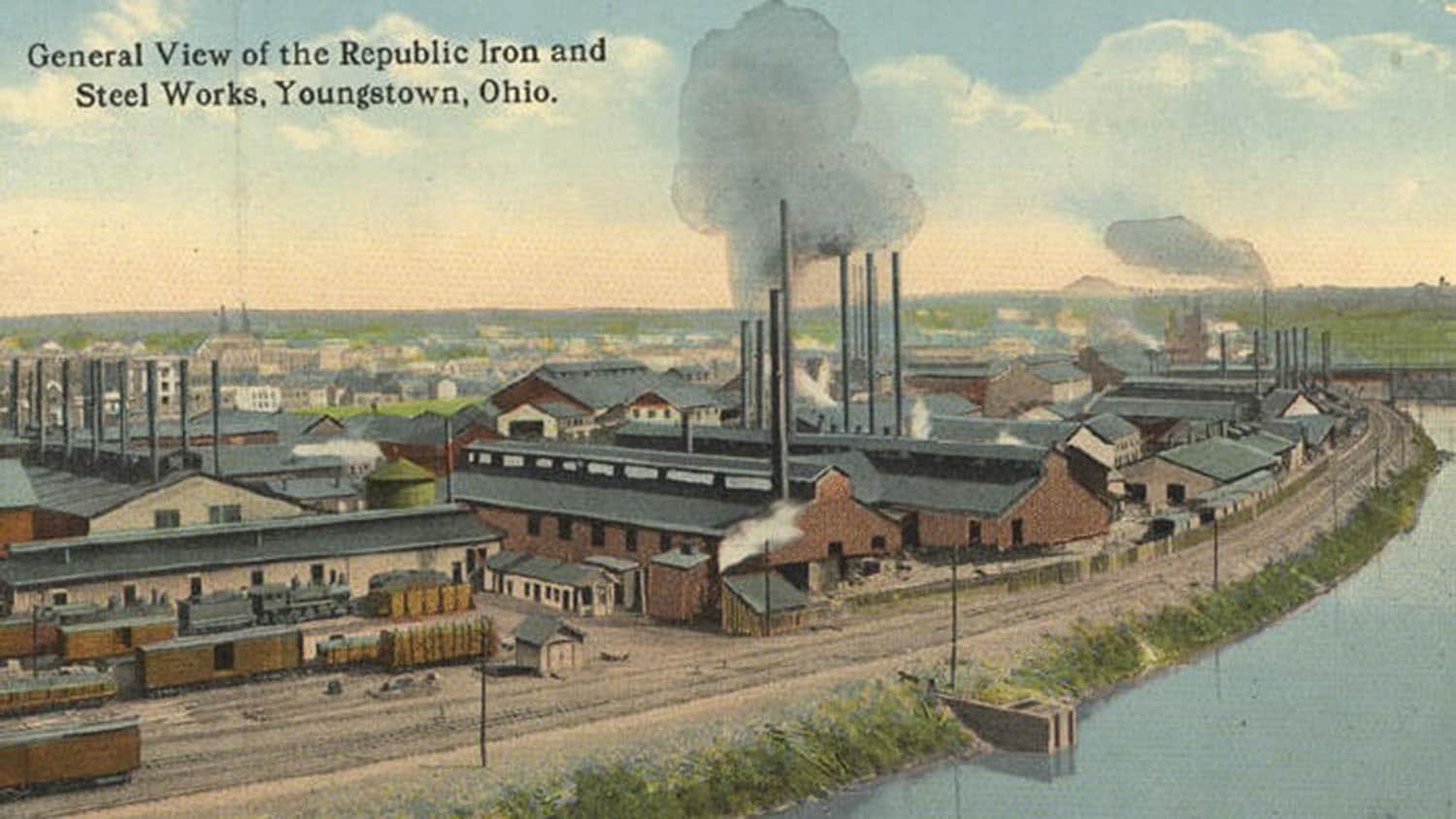 Greening the Rust Belt: An Unexpected Link Between Manufacturing and Sustainability