Heading to the North Carolina State Fair? Keep an eye out for CALS. You’ll find us all over the fairgrounds, from the Education Building to the Flower Show — and most everywhere in between.

This year’s exclusive State Fair flavor — back by popular demand — is caramel apple crisp. Grab a scoop (or two) in the Howling Cow tent, next to the Hobbies & Crafts Building.

With the theme “Nothing Could Be Finer,” this year’s fair takes place Oct. 12 to 22 in Raleigh.

Here are places to catch CALS in action: 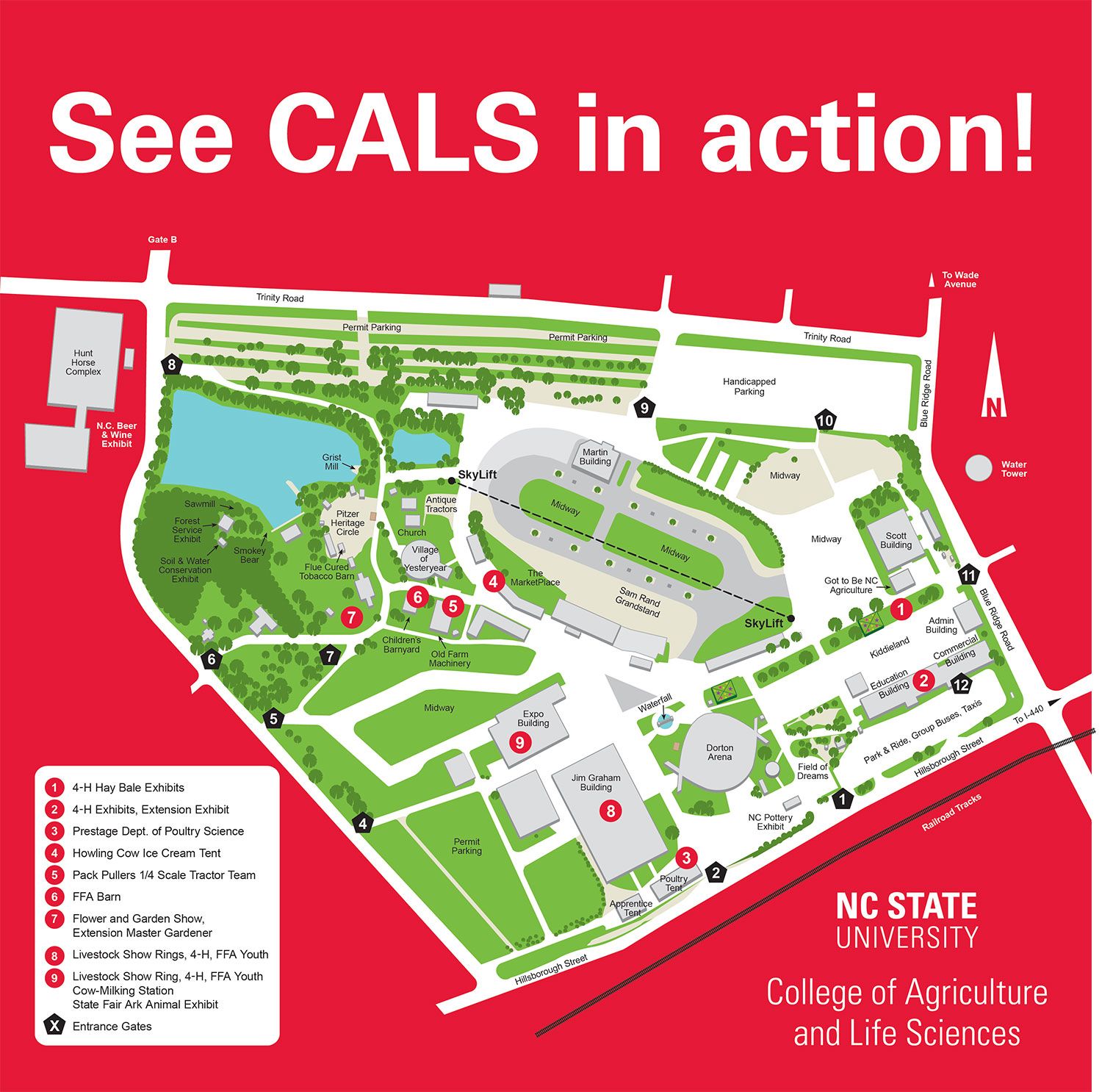