Violent protests at New York's Stonewall Inn 50 years ago sparked a social and political revolution. When the drive for equality reached NC State a decade later, it started with a prayer.

It’s unlikely NC State’s gay and lesbian students heard about a disturbance at a New York City gay bar at the time it occurred on June 28, 1969. The police raid on the Stonewall Inn — which touched off six days of violent protests and launched the modern gay rights movement — received only New York-area media coverage, with the initial report buried on page 33 of The New York Times.

But within a decade, the social changes triggered by the uprising would be evident on NC State’s campus, a testament to the courage and vision of faculty and students who had much to lose by living their lives openly and proudly.

Willie White, a local minister who started a weekly discussion group for gay and lesbian NC State students in 1978, appreciates how difficult it must have been for students to attend the Thursday talks.

“Those students were, in my opinion, quite brave and quite accepting of themselves,” he said in a telephone interview from his home in Livingston, Texas, last week.

White credits students and faculty from NC State with helping him establish the Triangle’s first church founded by LGBT Christians, St. John’s Metropolitan Community Church in Raleigh. White and his husband, Robert Pace, who met as students at Southeastern Baptist Theological Seminary in Wake Forest, founded the church in 1976 as a Bible study that met in the living room of their apartment near NC State. In 1977 the small congregation began looking for a more formal meeting place.

Author Keith Hartman devoted a chapter of his 1996 book, Congregations in Conflict, to the church’s quest for a permanent home. In his telling, an NC State faculty member who attended the Bible study asked Clay Stalnaker, a professor in the Department of Multidisciplinary Studies, if he could help the congregation find a local church that would allow them to hold services on Sunday afternoons.

“Clay had taught courses in philosophy and religion, and he was in touch with most of the churches in Raleigh,” Hartman explained.

To Stalnaker’s surprise, even Raleigh’s most progressive churches turned away the young Christians, saying they didn’t need a church of their own or reasoning, in the words of Pullen Baptist Church Pastor W.W. Finlater, that “hosting the group would probably cause trouble.”

Ultimately, Pastor White met with members of Community United Church of Christ, who voted 26-9 to provide St. John’s with a meeting place. “In the end the argument that prevailed was the simple belief that everyone should have a place to worship,” Hartman wrote.

Building on the relationship between St. John’s and NC State, White became a member of the university’s Cooperative Campus Ministry in 1978. CCM, tucked away in a section of the Talley Student Center called the Nub, was an interfaith organization serving students’ spiritual needs. 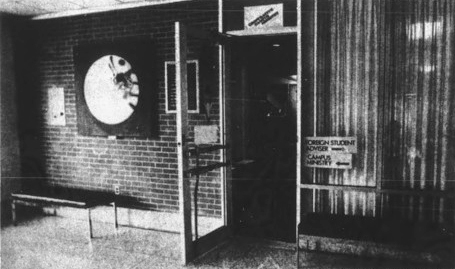 Stuck in the Nub

NC State’s Cooperative Campus Ministry occupied a space called the Nub in the Talley Student Center. Read a Technician feature from Sept. 19, 1980 (p. 3) about the space.

On April 14, 1978, White announced in a Technician interview that NC State was participating in National Gay Blue Jeans Day, an event sponsored by St. John’s and the National Gay Task Force. On that day, White explained — which happened to be the same day the interview was published — all gay and lesbian students who were out of the closet would wear blue jeans.

White’s announcement was political theater of a sort. Naturally, many nongay students arrived on campus that morning in blue jeans, unaware of the day’s designation until they picked up the student newspaper. That was the point, White told Technician: to force students who weren’t gay to feel “some of the pressures homosexuals feel each day” and to “point out just how deep-seated public animosity is toward homosexual people.”

It didn’t take long for someone to prove White’s point. After a group from St. John’s painted a notice about the event in the Free Expression Tunnel, someone quickly defaced the message by painting a single word over it: “Kill.”

The political climate for gays and lesbians was just as challenging in other parts of the country that year. Laws banning discrimination against homosexuals were overturned in several cities, including Eugene, Oregon; Wichita, Kansas; and St. Paul, Minnesota. In San Francisco, openly gay city supervisor Harvey Milk was assassinated by a political opponent on Nov. 27.

In December 1978, NC State granted a charter to the Gay and Lesbian Christian Alliance, the first student organization for gays and lesbians on campus. Todd Ellis, a sophomore in recreation resource administration, served as president; White was the group’s adviser.

Twenty students attended the alliance’s first social activity, on Jan. 12, 1979, including Technician reporter Andrea Cole. “There are a lot of people in the closet,” Ellis told the reporter after the meeting. “The gay community is not the same as the straight community. We’ve had to hide our persuasions to protect our jobs, and our lives.”

“Hopefully, this organization will help homosexuals to feel more comfortable with their sexuality,” Ellis continued. “The persecution has to stop at some point in time.”

In the same article, White acknowledged the challenges confronting gays and lesbians. “Let’s face it, we’re a minority,” he said. “We’re not the most well-liked either. But this organization started out as a dream, and this dream has become a reality.”

Today, White marvels at the progress that’s been made in social acceptance and legal rights for LGBT people. “It’s kind of amazing,” he said. “We used to talk about gay unions, but nobody was actually in any way entertaining the serious prospect of going into a courthouse and getting married.”

In the small town where he and Pace live, with a population of about 5,000, White doesn’t think twice about letting people know he’s gay or living proudly and happily with his husband. “It’s just so different from what we would have anticipated in 1976,” he said.

Still, at a time when the social and political walls blocking progress for LGBT people seemed far stronger than a distant rebellion at a place called Stonewall, there were voices of hope around the country, including NC State’s campus. In a 1976 Technician article seeking students’ opinions of the gay lifestyle (with the word gay invariably set off in scare quotes), some saw a future free of stigma and oppression.

Responding to a reporter’s question, John Tsantes, a junior in recreation and parks administration, rejected the notion that homosexuality was a mental illness. “Right now, it’s a difference in our society. Just because it’s different doesn’t mean it’s a mental illness. It’s just a way of life for some people.”

The Durham resident said he saw changes on the horizon. “Attitudes in general are becoming more liberal,” he said. “I see a lot of gay bars opening where there weren’t before. There are more places for gays.”

Ron Gesten, a civil engineering major, agreed. “In the bigger cities, attitudes are much more liberal. But in the smaller towns, it will take a while,” he predicted.

It took 32 more years, but in January 2008 NC State’s GLBT Center opened its doors, giving the university’s gay, lesbian, bisexual and transgender students an institutional home on a campus that welcomed them as members of the Wolfpack. 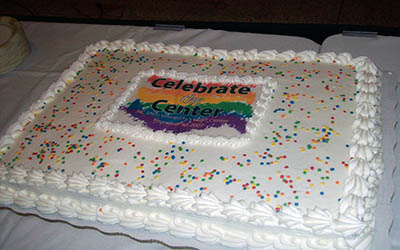 Learn about the center’s history