Sirena Rowe, who helped NC State win an NCAA swimming relay title, recounts the highs and lows of her time in college. She graduates with a passion to help others and an eye on the Tokyo Olympics.

More than year ago, the world was crashing in on everyone, as we all began to cope with the reality of shutdowns and closures in the wake of a global pandemic and the loss of many meaningful parts of our lives.

For NC State swimmer Sirena Rowe, it was a particularly difficult time. Few people, however, have rebounded as strongly as the sprinter from Charlotte.

Just before the 2020 NCAA Swimming Championship was canceled because of COVID-19, Rowe checked herself into a Raleigh psychiatric hospital, a week-long stay of self-protection that was the culmination of several bouts of spiraling depression and a disappointing personal performance at the Atlantic Coast Conference swimming championships.

“I have struggled with mental health a lot in college, specifically with depression,” says Rowe, who is now comfortable sharing her story in hopes of helping others with similar concerns. “In the fall of 2019-20, I began going to therapy. I didn’t feel like that was doing it for me, so I began to medicate for the first time in my life. I began to feel like myself for the first time in a long, long time.

“Then ACCs came and went and I did not perform well and I began to spiral as a side-effect of my medications.”

It’s a rising national trend for most college students, not just high-performing student-athletes, to experience mental health issues during this transitional portion of their lives. National statistics for every mental health metric were on the rise even before the COVID began circling the globe. More than a third of NC State’s students have used the school’s counseling center while enrolled.

“My friends and my teammates were all concerned about me,” Rowe says. “I had had bad moments in the past, but they had all passed eventually. This time, however, it became ever so overwhelming that I felt like I was a danger to myself. I needed to be somewhere where I could be safe.”

After a week of observation and counseling, she was released from the hospital, and she considers it the best possible outcome.

“I’m still here, and I might not be had I not [admitted herself],” Rowe says. “Besides just being alive, the reason it really helped was to destigmatize getting the mental health assistance everyone sometimes needs. 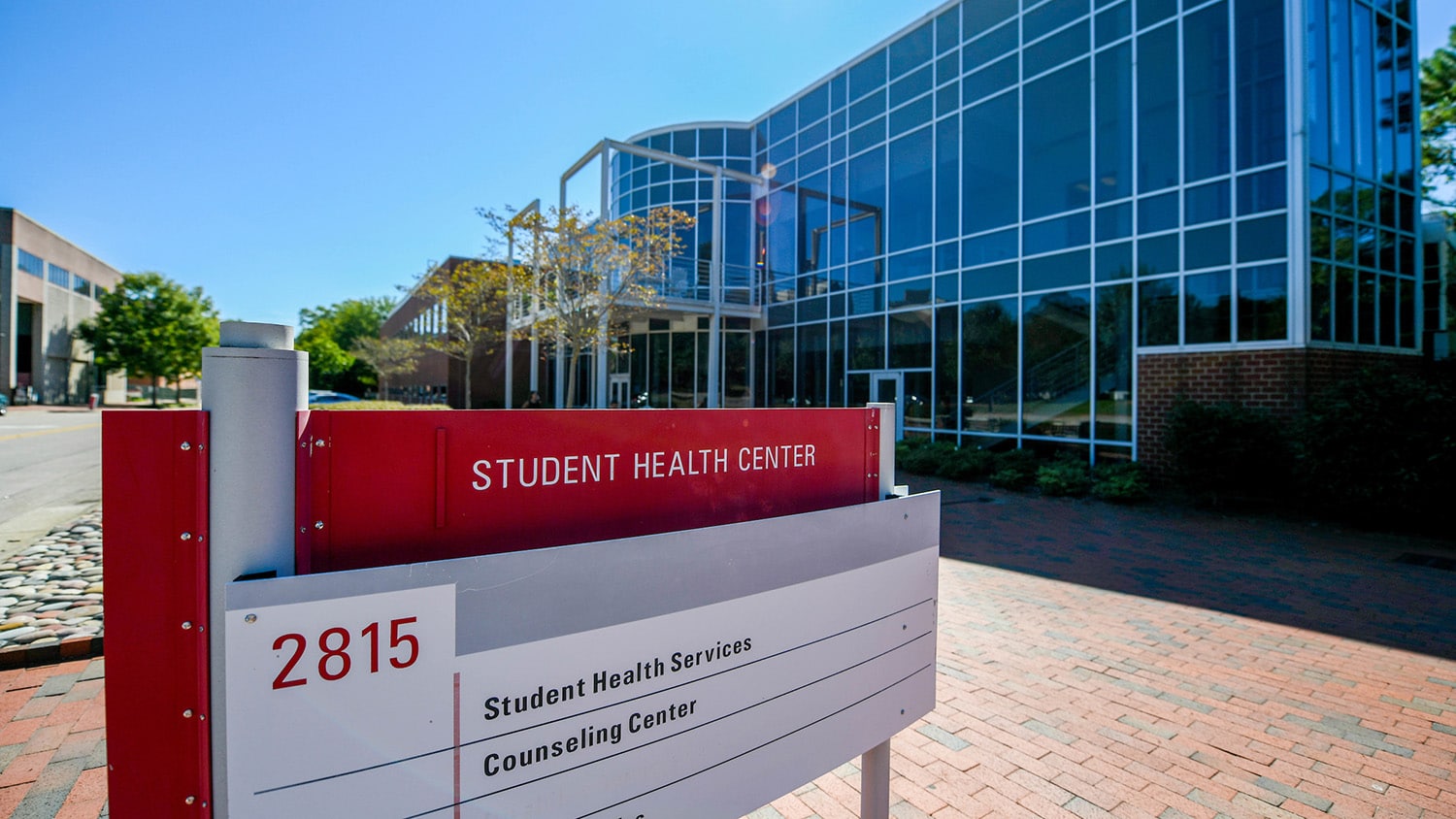 If you or someone you know needs immediate help, a counselor is always available for students through the NC State Counseling Center. Emergency services can be accessed 24 hours per day, 365 days per year.

“There is absolutely no shame in accessing those necessary services. They are there for a reason. It made me a better advocate for mental health and for getting help.”

One year later at the NCAA Championships in Greensboro, Rowe was standing atop the champions’ podium with teammates Sophie Hansson, Katharine Berkoff and Kylie Alons after winning the national title in the 200-yard medley relay in a record time of 1:33.18. It was one of a school-record five national championships won by the Wolfpack women at the meet, en route to a program-best second place finish in the NCAA Championships.

“Honestly, right now, I’m tearing up just thinking about what that day was like, to be part of something that special,” Rowe says of contributing to the first national titles in the history of the women’s swimming program.

Now the native of Charlotte with dual United States-Colombian citizenship is training in South America for the opportunity to represent her mother’s native country in the Tokyo Olympics later this summer. She will compete in the Colombian national championships in mid-June with the hopes of securing a qualifying time under 24.77 seconds in the 50-meter freestyle. (Her career-best in the event is 25.49 seconds, recorded more than two years ago at an international meet.)

Next week, Rowe will graduate from NC State with dual bachelor of science degrees in environmental science and agroecology, with a concentration in research and production. After that, she’s off to save the world, inasmuch as she can while working to eliminate food deserts.

Her story of personal triumph in academics and athletics is an inspiration to many: those emerging from the restraints of a global pandemic, those who fight against depression every day, those who need relief in finding nutrition in their own communities.

A Swimmer from the Start

Rowe, who grew up in a dual-language home that embraced her mother’s Colombian roots and Latin heritage, was destined to become a swimmer from the day her parents named her “Sirena,” the Spanish word for “mermaid.”

It didn’t hurt that her grandfather was a swimming coach who started the first swim club in Asheville and that her father swam in college. Not long after she became a Colombian citizen at the age of 10, Rowe and her brother watched Michael Phelps win eight goal medals in the 2008 Olympics. They learned their basic strokes at a Charlotte YMCA, then with a competitive local club. She wasn’t, as she says, “the shiniest apple in the basket” on her club team, but her school and club times caught the attention of the swim coaches at Marshall.

Those times went down dramatically in her freshman year and she decided she wanted to be a big fish in a bigger pool, joining an NC State team that had just won its first ACC title in 36 years.

“When I first left high school, I was not NC State swimming material just yet, so I went to Marshall,” Rowe says. “I got better. I came here because at NC State, the swimming program makes you dream big. You are constantly around people with such big goals. The coaches believe in you.

“They also have high standards, so you have no choice but to chase them.”

Now, she just needs to improve her personal best time by a few tenths of a second in the 50 free in any of the three international meets in which she is scheduled to participate in the Bahamas, Colombia and Puerto Rico in coming weeks to reach the qualifying standard she needs to go to Tokyo.

Rowe has been an exceptional student in the College of Agricultural and Life Sciences’ agroecology program and the College of Natural Resources’ environmental science program, with marks that have earned her three Academic All-ACC and two College Swimming Coaches Association of America Scholar All-American honors.

She became interested in sustainable agriculture while taking an Advanced Placement Environmental Sciences class in high school. She pursued a pre-physical training curriculum in her one year at Marshall, but decided to enroll in CALS when she came to NC State.

“In high school is when I first learned about what a food desert is, where there isn’t access to healthy and affordable food within a 30-mile radius,” she says. “I was completely shocked that this could exist in the United States where there is an abundance of everything, especially food.”

Because of a redshirt season in which she didn’t compete in swimming, Rowe had five years to get her degree and she’s made the most of it.

“When I got deeper into my classes here, I started developing a focus on organic agriculture,” she says. “Sustainable agriculture, food systems, making sure people had enough to eat and were getting the food they needed – it all got me hooked.”

She’s proud of her double degrees and the doors they will open for her, though she will be unable to participate in commencement since she won’t return to North Carolina from pursuing her swimming goals until at least late June.

Perhaps as a veteran Olympian.