Two of the brightest young researchers within NC State’s College of Engineering have been producing outstanding work for years. Now they’ve won the acclaim of two of the world’s most influential technology magazines.

Zhen Gu, an assistant professor in the Joint Department of Biomedical Engineering at NC State and the University of North Carolina at Chapel Hill, was named one of MIT Technology Review’s “35 Innovators Under 35.” Heralded for his inventive approaches to fighting diabetes and cancer, Gu joins a list of previous winners that includes Facebook’s Mark Zuckerberg and Google’s Larry Page and Sergey Brin.

Alper Bozkurt, an assistant professor in the Department of Electrical and Computer Engineering at NC State, has been hailed as one of Popular Science’s “Brilliant 10” for his work building the foundations of the “internet of bionic things” — from health-monitoring fabrics to remote-controlled insects.

NC State’s deep well of talent ensures that faculty members across campus pursue research with impact — and receive a host of awards and honors for their work. Below, you’ll see why Bozkurt and Gu are generating buzz around the world. 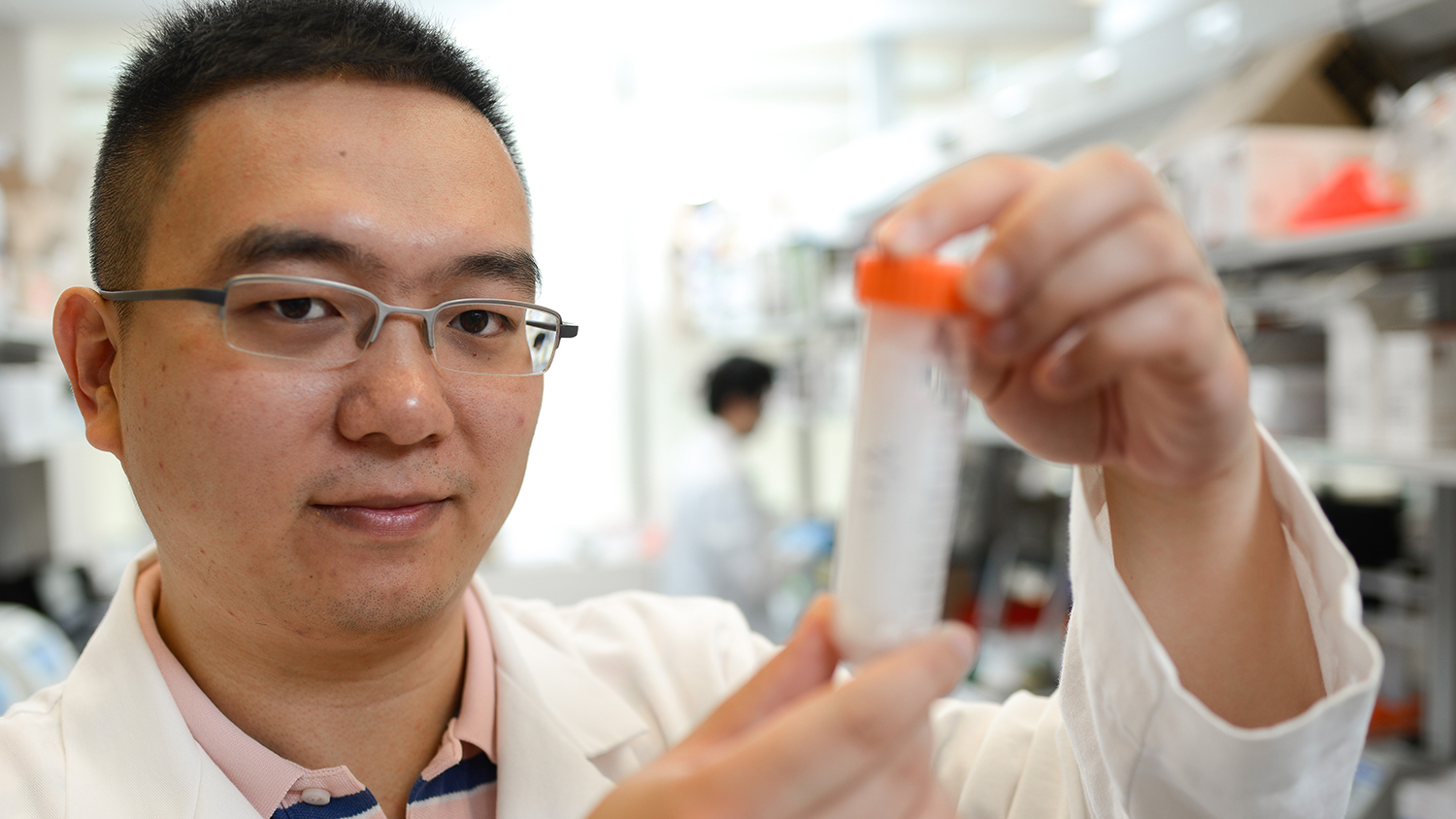 Cutting Diabetes Down to Size

One of Gu’s early inventions was an insulin “nano-network” that could, with one injection, control blood-sugar levels in diabetes patients for more than a week. The nano-network is made up of tiny particles of insulin, dextran and glucose oxidase enzymes, held together by electrostatic coatings found in shrimp shells and seaweed. When the enzymes encounter excessive glucose in the body, they convert it into gluconic acid, which slices through the dextran and releases enough insulin to elegantly lower blood-sugar levels.

Not content with battling diabetes, Gu has also developed new weapons in the fight against cancer. These include a daisy-shaped drug carrier that’s many thousands of times smaller than the period at the end of this sentence. Once injected into the bloodstream, millions of Gu’s “nanodaisies” creep inside cancer cells and release a cocktail of drugs to destroy them from within. By sending anti-cancer drugs to their target in controlled, coordinated doses, this method cuts down on the nasty side effects of traditional chemotherapy.

Taking the Sting Out of Insulin

This year, Gu and his colleagues announced their work on a painless patch that might make insulin injections a thing of the past. The patch — which is little bigger than a penny — is covered with more than 100 “microneedles” that sneak insulin nanoparticles into the body. These nanoparticles feature the same sugar-sensing enzymes as Gu’s earlier “nano-network,” and they work in a similar way to release insulin as needed. This approach could eliminate the need for old-fashioned insulin shots and make managing the disease far less risky.

Funds for the Fight

With one in three Americans projected to suffer from diabetes by 2050, the nation is crying out for new treatments. That’s why the American Diabetes Association tapped Gu to join Pathway to Stop Diabetes, an initiative to fund more than 100 leading scientists in the years ahead. As one of those acclaimed researchers, Gu will receive $1.625 million over five years to continue his work. 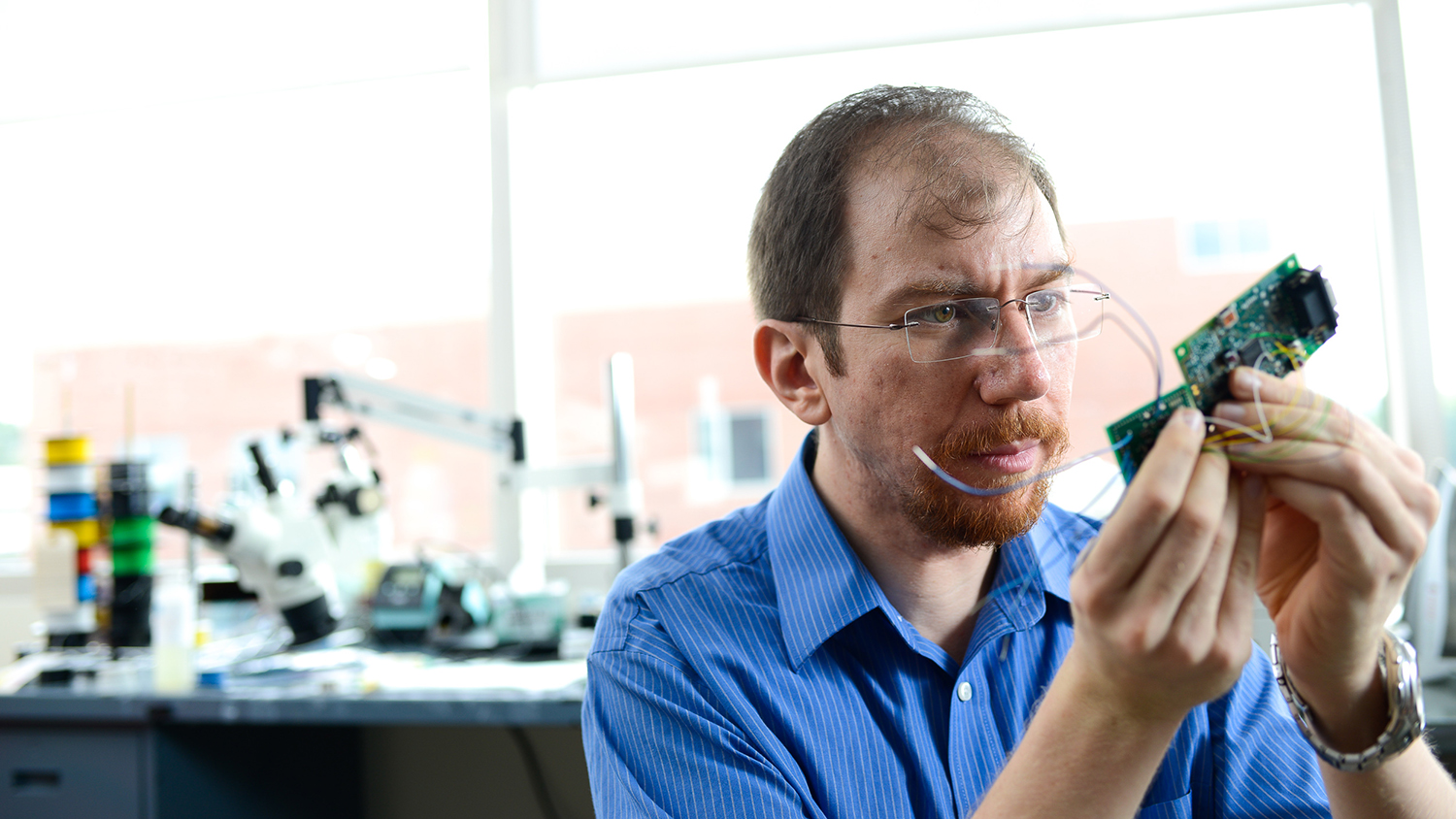 Back in 2012, Bozkurt and his team developed a technique that allowed them to remotely “steer” cockroaches via wires attached to the insects’ antennae. That innovation may one day allow roaches to serve as first responders inside collapsed buildings, with human operators guiding them through the rubble to find survivors. Bozkurt has fitted the cockroaches with tiny solar panels and microphones to aid in those efforts, and he’s even created the technology for an invisible fence that ensures his helpful “biobots” stay within a set disaster area.

Bozkurt hasn’t stopped at reining in cockroaches; he’s also found a way to electronically manipulate the flight of moths. This is done by attaching electrodes to the moths’ wing muscles during the pupal stage, when the insects are still snug in their cocoons. Bozkurt hopes that this method will one day allow us to pilot moths remotely, making them useful in emergency response situations. In the meantime, he and his research team are deepening our understanding of how insects use their wings to maneuver.

Inspired by the talking dog in Pixar’s Up, Bozkurt is also working toward improved communication between humans and canines. Together with David Roberts, an assistant professor of computer science at NC State, and Barbara Sherman of the College of Veterinary Medicine, Bozkurt has built a comfortable harness that allows researchers to observe the behavior and body language of dogs remotely, “talk” to them through speakers and haptic feedback, and track their physical and emotional well-being with an array of sensors. The real-world applications range from improved search-and-rescue efforts to reduced stress for service dogs.

Bozkurt has teamed up with Tushar Ghosh, professor in NC State’s College of Textiles, to develop durable, washable synthetic fabrics that can also collect data from built-in biomedical sensors. Soon keeping an eye on your health, pregnancy or sports performance may be as simple as slipping on a shirt and picking up your smartphone. The pair of researchers recently received support from the Chancellor’s Innovation Fund to move their current prototype closer to market.